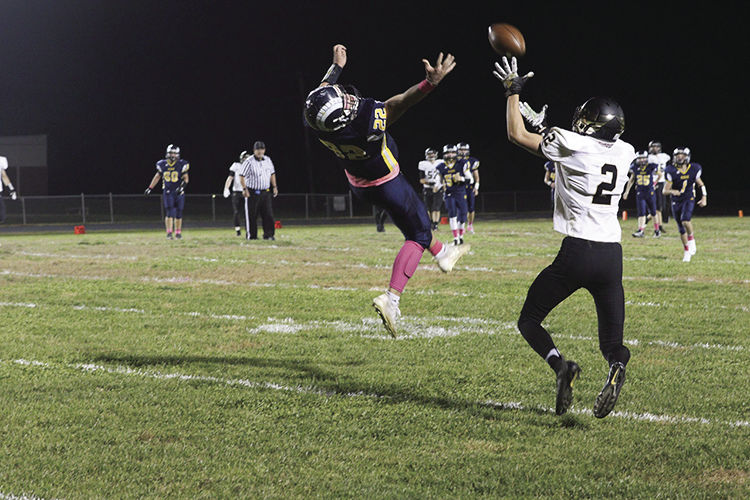 Maur Hill-Mount Academy goes up for a pass just out of the reach of a Pleasant Ridge defender Friday night in Easton. 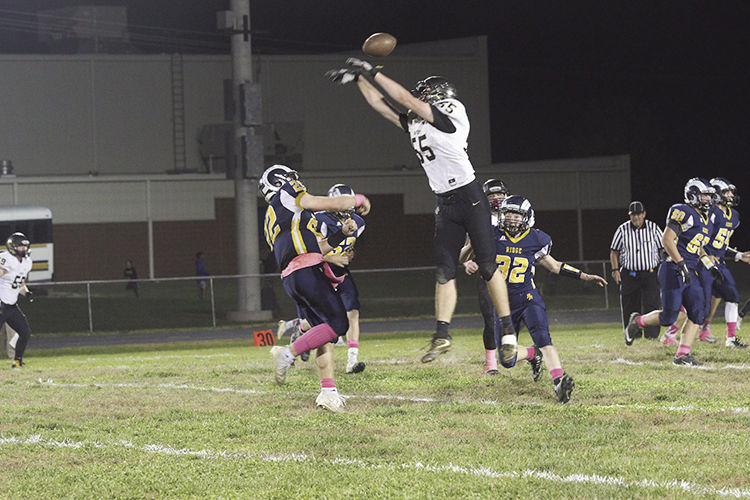 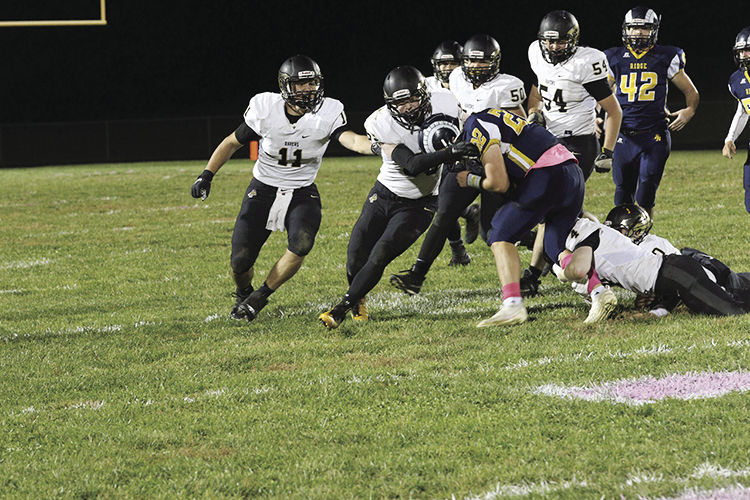 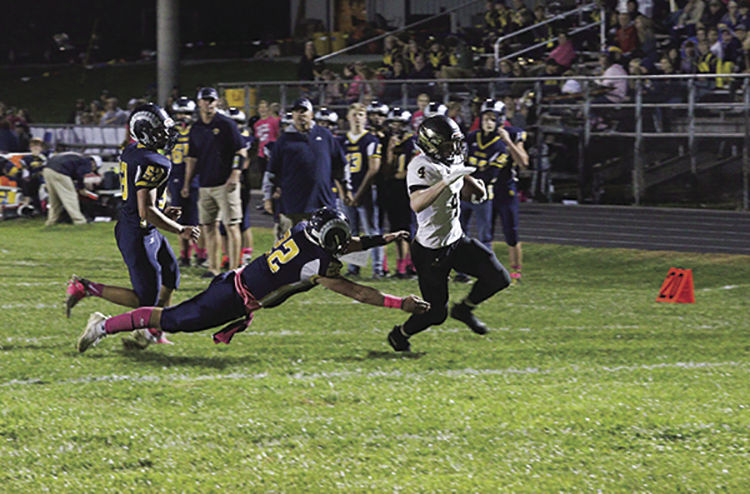 Maur Hill-Mount Academy goes up for a pass just out of the reach of a Pleasant Ridge defender Friday night in Easton.

The Maur Hill-Mount Academy football program clinched its first league title since 1992 in a 49-14 win over Pleasant Ridge Friday night in Easton.

Senior quarterback Jack Caudle reflected on the many talented players who have come through the program recently and said the win was in honor of them.

“It represents all the great players in the past that just couldn’t quite get it done,” Caudle said. “I’m glad we were able to do it.”

The game didn’t start like a banner night for the Ravens.

The Rams took the ball down the field for a touchdown to lead 7-0 and used up almost half of the first quarter in doing so.

“We knew that we were going to be in for a fight and they took it right to us at the beginning,” Wilkes said. “Our guys became a lot better from playing that game despite what the score looked like.”

The Ravens unleashed their potent offense in response to the gritty opening strike from the underdog by scoring the final 34 points of the half.

Three of those scores came from junior Andrew Schwinn who had a total of 181 yards on the night.

“He’s such a fast and powerful back that it makes the defense have to stack the box which helps open up the pass game,” Caudle said.

Caudle finished the night 11-15 for 236 yards with five scores through the air.

Junior Grant Kocour led the team in receiving with four grabs for 112 yards and a leaping grab down the left sideline that he took in for a score right before halftime.

The potential of league title was a little in doubt when the Ravens were stunned by Riverside in a 28-27 home loss three weeks ago.

Wilkes said his team ultimately learned from that heartbreak and that it has made them better.

“I think the best thing that has come from that is every day guys are practicing their tails off,” Wilkes said. “We just haven’t taken any days off and I think that is really making a difference.”

The Ravens will now move on to what will be a defacto district championship game at home against Nemaha Central.

MHMA captured the district title in a thriller of a game last season 27-25.

Kickoff is set for 7 p.m. next Friday at Guy Galley Field.