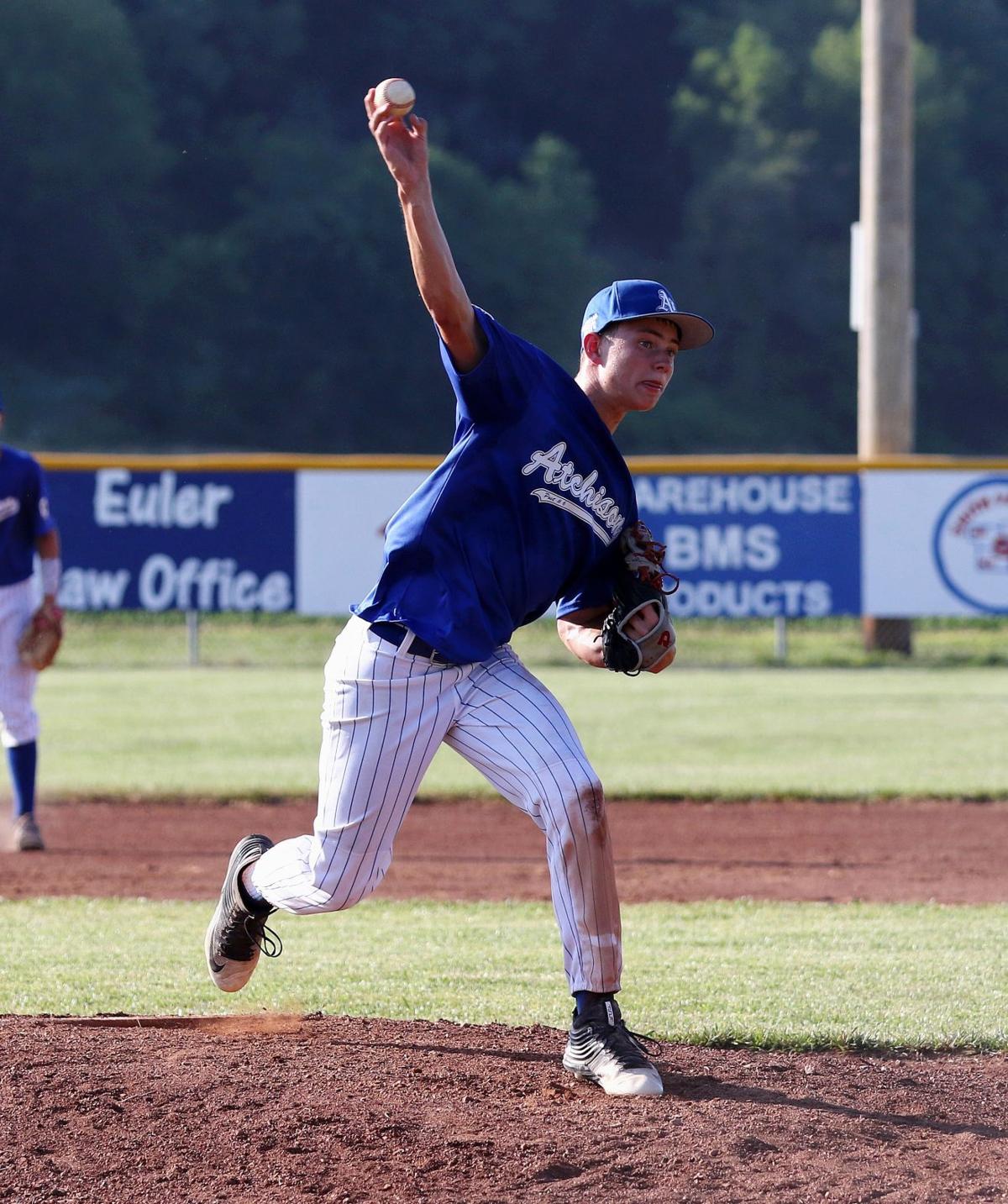 Tate Vowels pitches in the first inning against Hiawatha. The Junior A’s won the game 19-7. 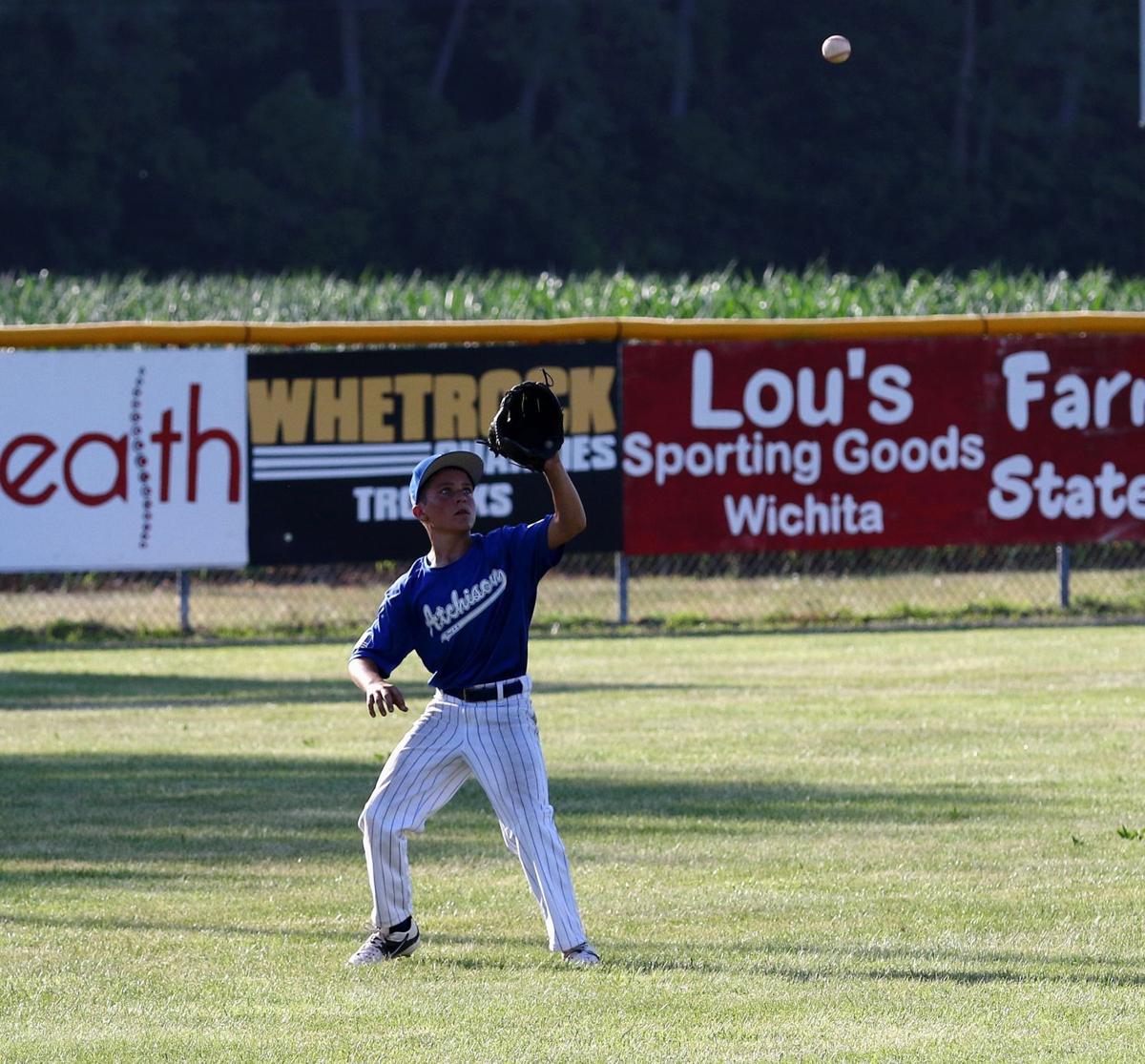 Colby Weishaar settles under a fly ball for the Junior A’s. Weishaar also threw a runner out at the plate from left field.

Tate Vowels pitches in the first inning against Hiawatha. The Junior A’s won the game 19-7.

Colby Weishaar settles under a fly ball for the Junior A’s. Weishaar also threw a runner out at the plate from left field.

WATHENA – Patience was the name of the game for the Atchison Junior A’s against Hiawatha on Friday night.

Playing in the first round of the Doniphan County Tournament, the A’s topped Hiawatha 19-7. Several of Atchison’s runs were a result of wild Hiawatha pitching.

In fact, Atchison drew seven walks in the first inning alone, scoring 11 runs in the top of the first. There were more than walks, though – Ayden Black hit a bases-loaded triple, driving in three runs.

The A’s bounced back with four runs in the third. Two walks and a hit by pitch set up Levi Navinskey’s two-run single in the inning.

After Tate Vowels pitched the first two innings, Korrighan Liggett pitched the final two frames. Hiawatha was held scoreless in the third, allowing the A’s to increase their lead in the fourth.

Vowels had the big hit in the four-run inning, driving in two runners with a single.

With a 19-4 lead, the A’s needed just three outs to close out the game. Hiawatha was able to bring in three, but the game ended 19-7.

Trotter was pleased for the most part with his defense and pitchers, but said the goal is simple.

“We’re just trying to improve every day,” he said. “We were able to save some pitchers for the championship game. That was the game plan.”