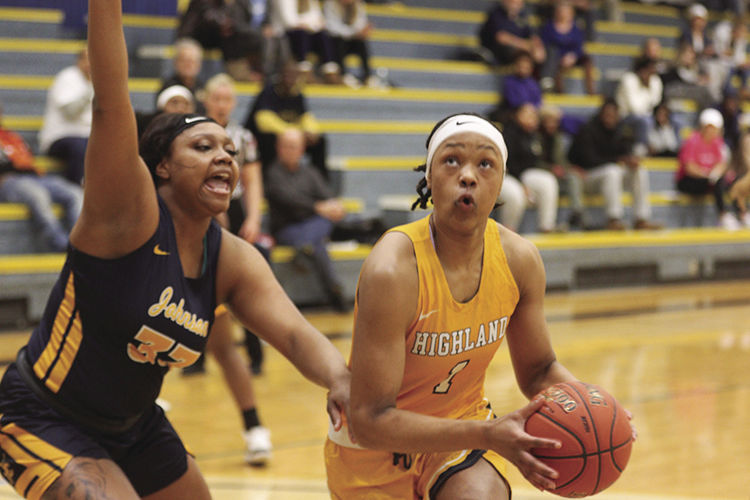 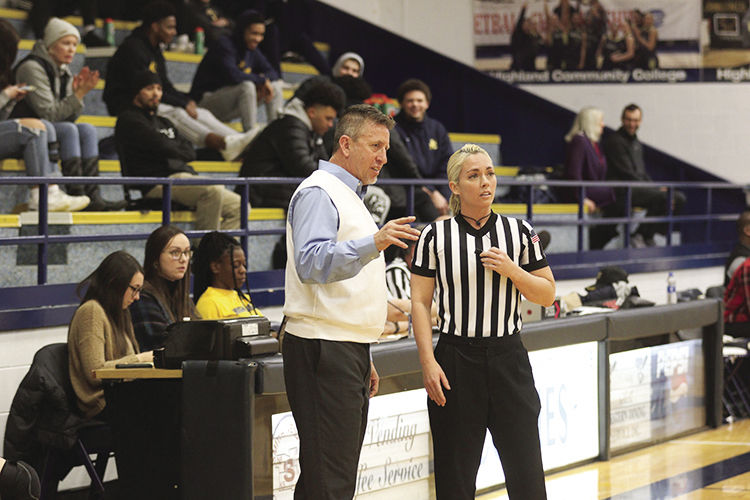 The last month has been nothing short of turbulent for the No. 6 Highland Community College women’s basketball program.

Wednesday’s conference opener against No. 4 Johnson County Community College was head coach BJ Smith’s first game back from leave after a school investigation into possible violations.

Smith and the Scotties responded to the momentous challenge with what the coach called a “giant” 63-55 win.

“With all the stuff we’ve had going on this is one of the better wins I’ve been involved with here,” Smith said. “Our kids really battled and played with great effort.”

Smith said his team was always willing to go above and beyond what was expected of them in the win.

“Every time I asked for a little more effort they delivered,” Smith said. “I thought we just kind of gave better effort than them (JCCC) at times. I was really impressed.”

Sophomore Armani Turner was the leading scorer on the night for Highland with 30 points and a game-high eight threes.

Smith said Turner played like she had something to prove.

“We knew she had the potential to be that good but she was really purposeful in this game.” Smith said, “She came in knowing she needed to play well and she played a ton of minutes.”

Highland hit nine threes in the game which proved to be the difference on a night where neither team found that much success on offense and the Cavaliers went 0-7 from beyond the arc.

Perhaps the biggest three of the night came late in the game by sophomore Erin Randle.

Randle had missed her first four attempts before knocking down a three from the top of the key to give the Scotties a 60-50 lead around the five minute mark after JCCC went on a small run early in the fourth quarter to draw within single digits.

“We were in a bind, not getting buckets and they were on a run,” Smith said. “I thought that shot gave us a little life and I thought it kind of broke their back.”

Smith was a little emotional when reflecting on being back with the team after about a month of being on leave and his job possibly being in jeopardy.

“Words can’t express,” Smith said with a lump in his throat. “When you do this every day and it gets taken away you sure do appreciate when you get to come back.”