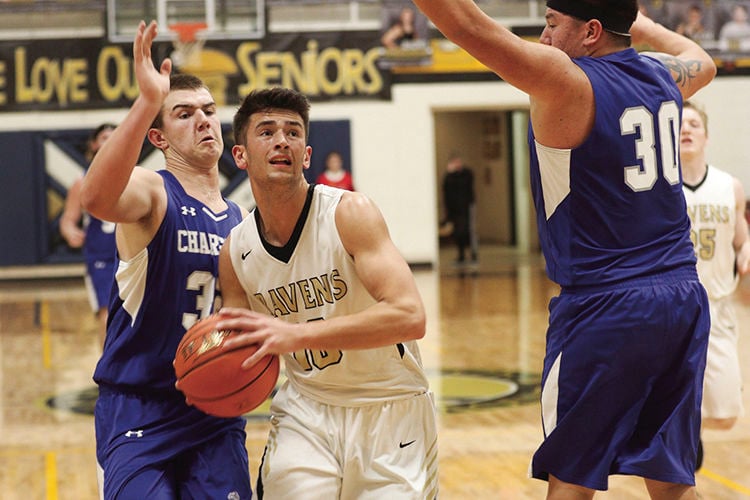 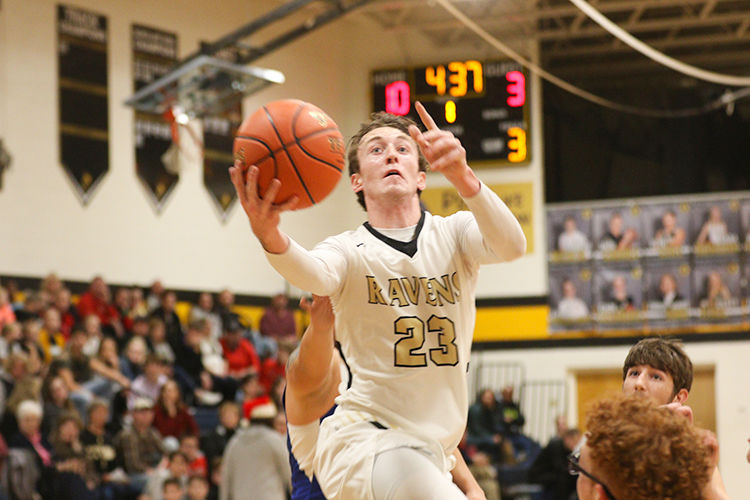 However, the Ravens weren’t dominating at the beginning of the game with the Chargers putting up a fight and even trailed 12-10 at one point in the first quarter.

“I didn’t think we executed real well outside of the first four or five minutes,” Coach Brad Kunecke said. “They hit a couple big threes and the momentum seemed to change and the rest of the first half was really sluggish.”

Kunecke said his team made some key adjustments that ultimately shut Horton down in the second half.

“We made few adjustments on our man-to-man defense and took them right out of what they were doing in the first half,” Kunecke said. “Those third and fourth quarters were solid and we looked like I think we can in most games. We play like that going forward we’ll be alright.”

Senior Jack Caudle bounced back from the Ravens’ (2-0) opening game where he fought foul trouble most of the night and ended up leading the team in scoring with 18 point against the Chargers.

Kunecke highlighted the potentially game altering role Caudle can play on the aggressive style of defense his team hopes to play as the season goes on.

“Him and Taylor Folsom are kind of the catalyst with what we want to do with our pressure defense,” Kunecke said. “When their technique gets to the point where they can feed off each other it’s going to be pretty solid.”

Senior Abe Siebenmorgen was second on the team in scoring with 12.

Kunecke said his team is enjoying the new approach he has brought and thinks they will get better with the style as the season continues.