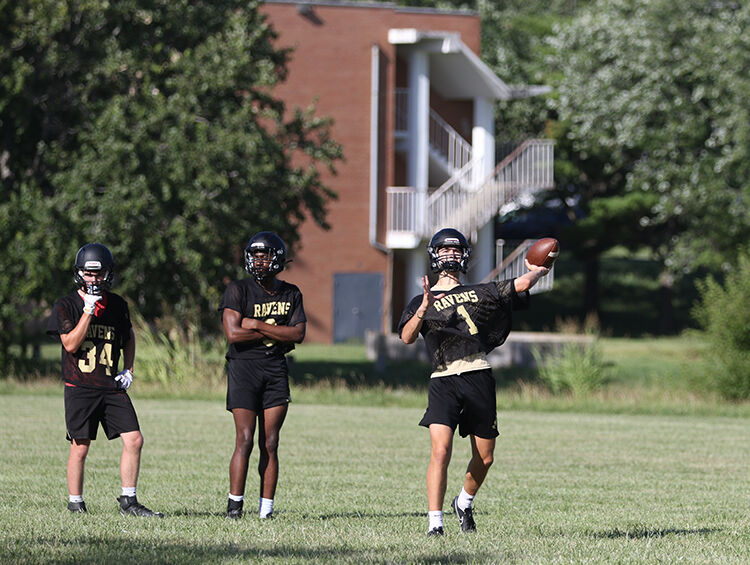 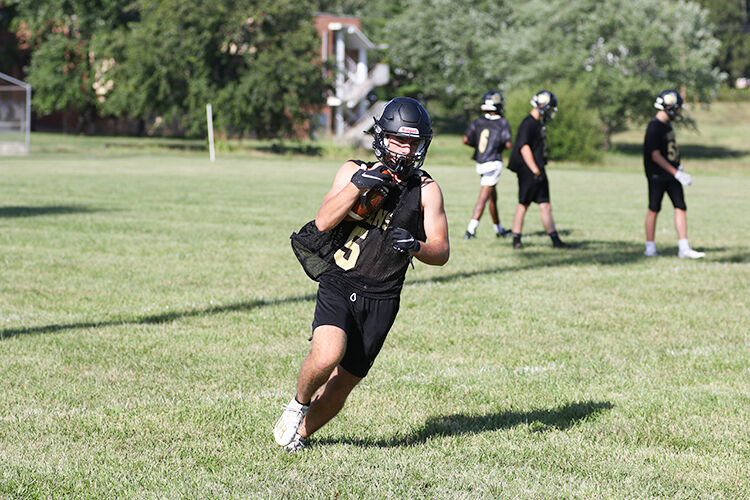 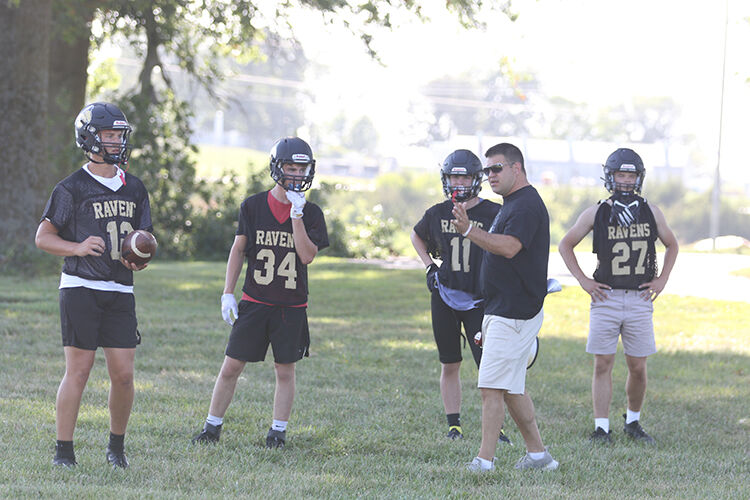 Maur Hill-Mount Academy football will enter the season with the unique challenge of not having an abundance of experienced senior leadership after a stalwart class last season.

“On paper, a lot of people will have questions about what our team will look like this year because we graduated so many seniors last year,” Head Coach Brandon Wilkes said. “These kids have watched and learned from the other kids. It’s just a matter of how much we as coaches can coach them up.”

The Ravens will have seven seniors with four of those being athletes who are playing high school football for the first time.

Wilkes said the first couple of weeks of practice will be critical for the development of the team.

“More so than any of the last couple years, our first couple weeks of practice are going to be very important to us and trying to gain experience each day,” Wilkes said.

Senior quarterback and multisport athlete Drew Caudle will be the leader the Ravens will look to lean on the most.

“He’s about as experienced of a senior as you can have,” Wilkes said. “He’s just a really seasoned athlete and will be the main guy we turn to.”

Parrish Beagle, Mark Harris, Sam Joyce, and Brady Pound along with the other senior athletes who have decided to be on the gridiron for their final high school year will also help lead the way for MHMA.

During the last two years under Wilkes, the Ravens have played to the strengths of the best player on offense with quarterback Jack Caudle in 2019 and running back Andrew Schwinn in 2020.

Wilke said leaning on their strength won’t change but he does look to have some balance.

“I always preach that we’re going to play to our strengths and those that have followed our program have seen that,” Wilkes said. “It’ll really depend on who steps up but I would look for us to be extremely wide open with both passing and running.”

Wilkes said being versatile as an offense is key to success at the high school level.

“The best high school offenses are the ones that function in multiple ways, so hopefully we can have some balance,” Wilkes said.

Wilkes also said the Raven defense will possess athleticism allowing it to create diverse looks and challenges to opposing offenses.

“We have strong athletes in our secondary,” Wilkes said. “I could see us being really athletic on defense and being very versatile. I think we have some guys who are hybrid players who can play down low and on the outside. Our goal is to move people around and make it as complicated for the offense as possible.”

Wilkes said the Ravens will need to maximize the efforts of their relatively small roster compared to some other schools.

“We’re going to have to get a lot more out of less guys than we have the last couple years,” “I think we’ll still be fine but we’ll need to make sure guys can play multiple spots.”