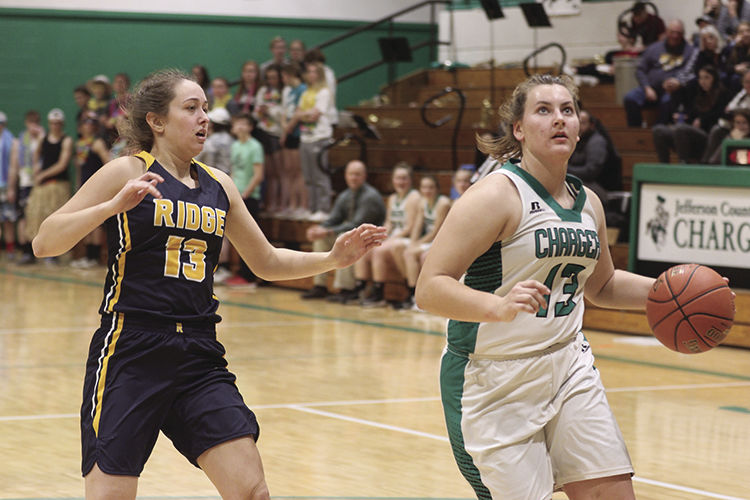 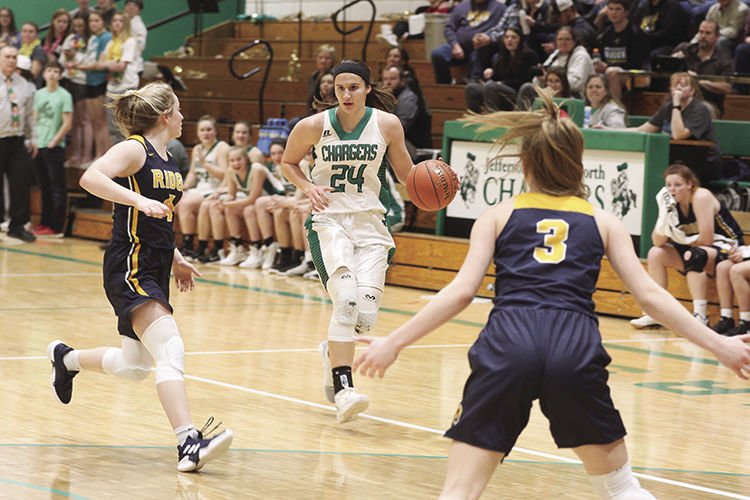 The Chargers took command of the game in the first quarter with a 14-0 run that put them in front 20-3 going into the second quarter.

JCN took a 30-10 lead into halftime and continued to cruise to its sixth straight double digit win.

Coach Steve Noll said his team showed the ability to rely on more than just one or two players in the win.

“They were face guarding Josie and Kensey which left Madison open and she was hot all night,” Coach Steven Noll said. “You just can’t key on a couple players with the way we’re playing right now.”

The hot shooting night allowed senior Madison Vaught to lead the team in points with 19 as well as hit five three pointers. Senior Josie Weishaar was second on the night in scoring with 13.

The game was Weishaar’s lowest output scoring wise but the Chargers (7-0) still recorded a dominating victory.

Noll said this team has more scoring capabilities outside of Weishaar that many people might not know about.

“A lot of people don’t realize that we have people that can shoot,” Noll said. “We have a true team that doesn’t really care who scores, they just want to move the ball well and win.”

Vaught said she loves the atmosphere her team has built this season.

“I love working with this team,” Vaught said. “I can’t imagine being a part of another team.”

Vaught also credited the gifted passing abilities of Weishaar, who often gives her prime opportunities to shoot from beyond the arc.

“I can’t think of a better teammate for that,” Vaught said. “We used to play club ball together, so it’s nice to have someone you’re used to pass you the ball.”