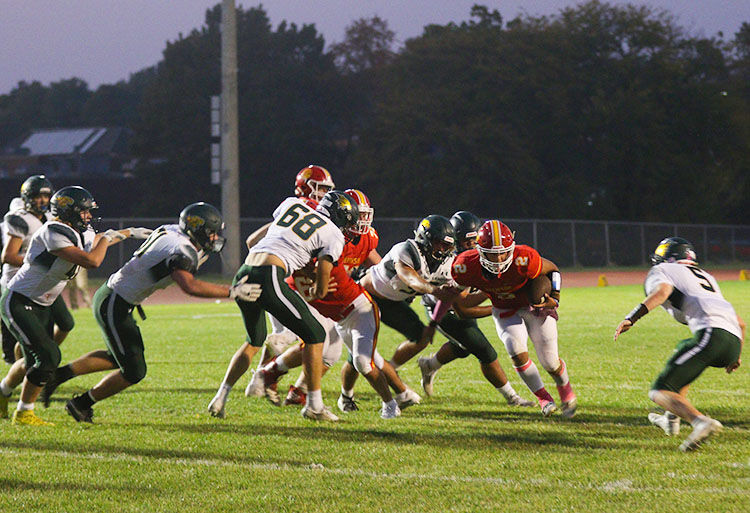 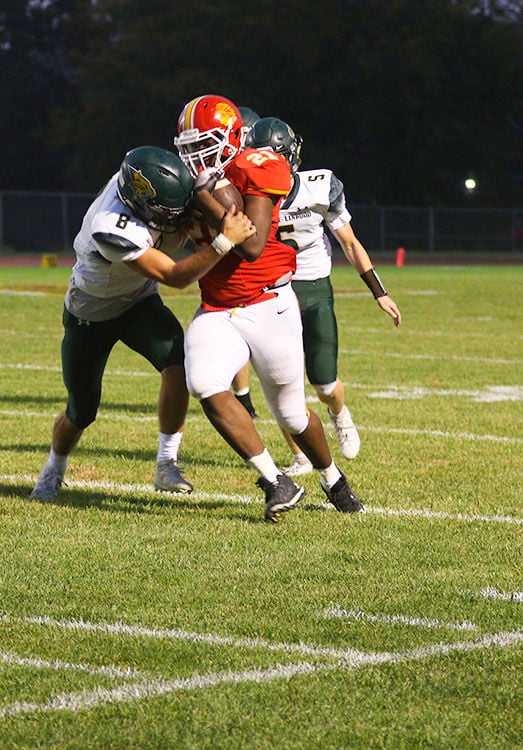 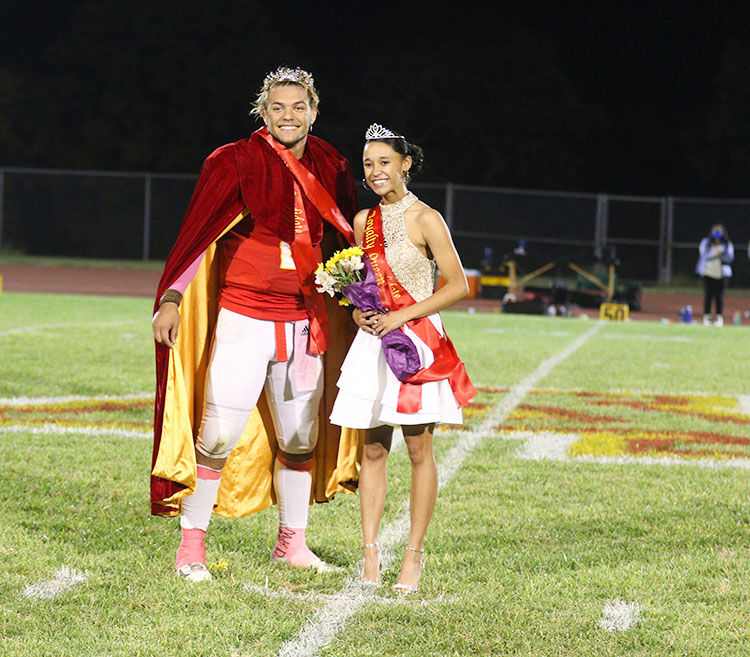 A sloppy third quarter by Atchison proved to be the difference in its competitive 42-26 loss against Basehor-Linwood Friday night at Amelia Earhart Stadium.

The Redmen entered the half only down 22-20, but would ultimately come undone early in the second half.

The Bobcats scored twenty unanswered points to start the third quarter and that’s all they would need as Atchison was never able to recover.

One of the Basehor scores came off of one of two lost fumbles by the Redmen in the quarter.

Fumbles have been an issue for Atchison this year and last.

“We started putting the dang ball on the ground again,” Coach Jim Smith said. “We just can’t do that.”

“That passing game of theirs is pretty dang lethal,” Smith said. “They execute well and are a well coached team.”

Basehor had over 400 yards of offense on the night.

Atchison found success on the ground throughout the night as senior Xavier Cushinberry and sophomore Jesse Greenly both had over 100 yards rushing.

Cushinberry led the way with 124-yard and a touchdown on 19 carries, while Greenly had 113-yards on ten carries.

Smith was pleased with how his team competed and kept fighting throughout the night.

“I couldn’t be anymore proud of how hard our kids played,” Smith said. “I thought we played extremely physical tonight.”

Smith said the message of just getting better day-by-day doesn’t change as his team only has two games remaining in what has been a tough and challenging regular season for Atchison.

“We just got to keep getting better every week,” Smith said. “We need to get more self disciplined and I think we’ll be OK.”