Your Vote Matters! In-depth coverage for 20¢ a day. 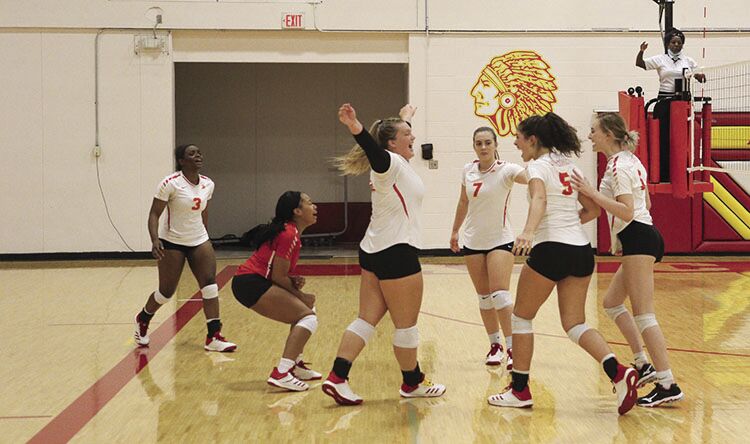 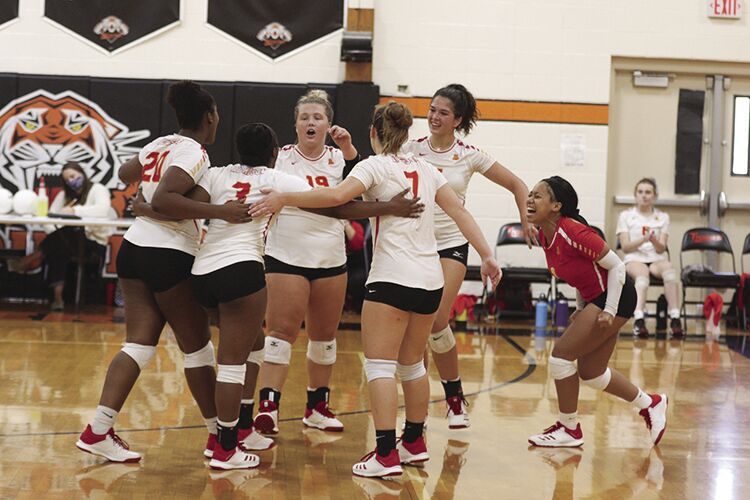 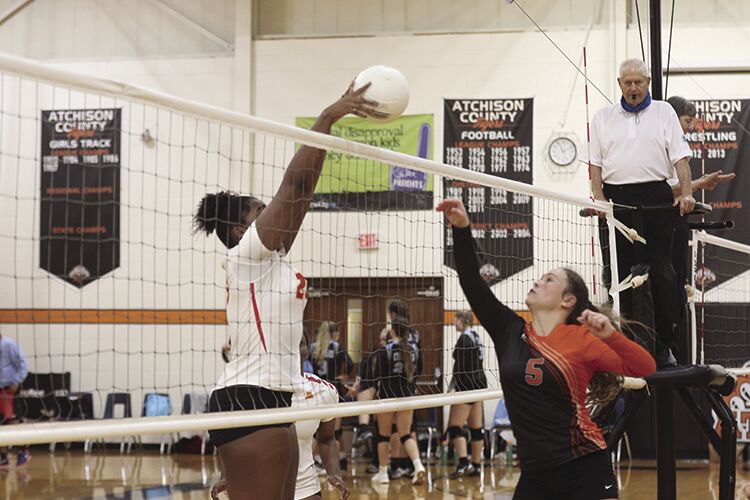 Atchison senior Kathryn Ross gets a block against ACCHS Saturday in a quad at Atchison County Community High School.

Atchison senior Kathryn Ross gets a block against ACCHS Saturday in a quad at Atchison County Community High School.

Atchison volleyball continues to improve early in the season after a 2-0 sweep of Lafayette Tuesday night.

The Lady Red won 25-23 and 25-17 in a match where they probably played their best so far this season.

“We actually played well from the beginning to the end,” Coach Liz Harris said.

Harris said the best aspect of her team’s play on the night came on defense.

“They had some hard hitters and we had some really nice blocks and digs,” Harris said. “I thought our defense was really good.”

Harris said her young and relatively inexperienced squad keeps growing and learning to play together as a group.

“Playing together is really the thing we need to work on the most but it’s also something we’re getting better at,” Harris said.

The win gives the Lady Red a 5-3 record after the team also went 2-1 in a quad at Atchison County Community High School last weekend.

Harris also said her team steadily improved after a slow start in the quad.

“We started out kind of slow but we just continued to get better throughout the day,” Harris said. “We communicated better and so I was really proud of the way they played all day.”

Atchison lost to Pleasant Ridge 2-0 in the first match but bounced back by defeating ACCHS and Riverside 2-1.