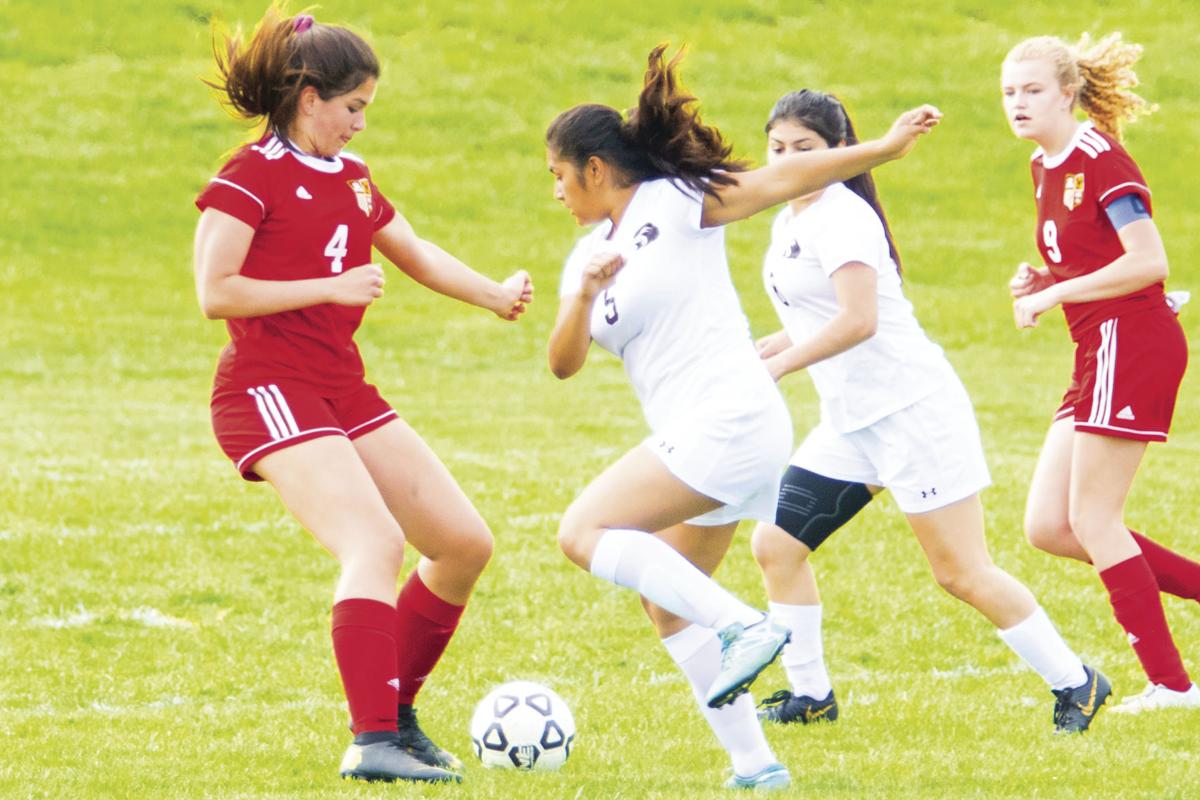 The Lady Red contest the ball in the first half on Friday against the J.C. Harmon Hawks. 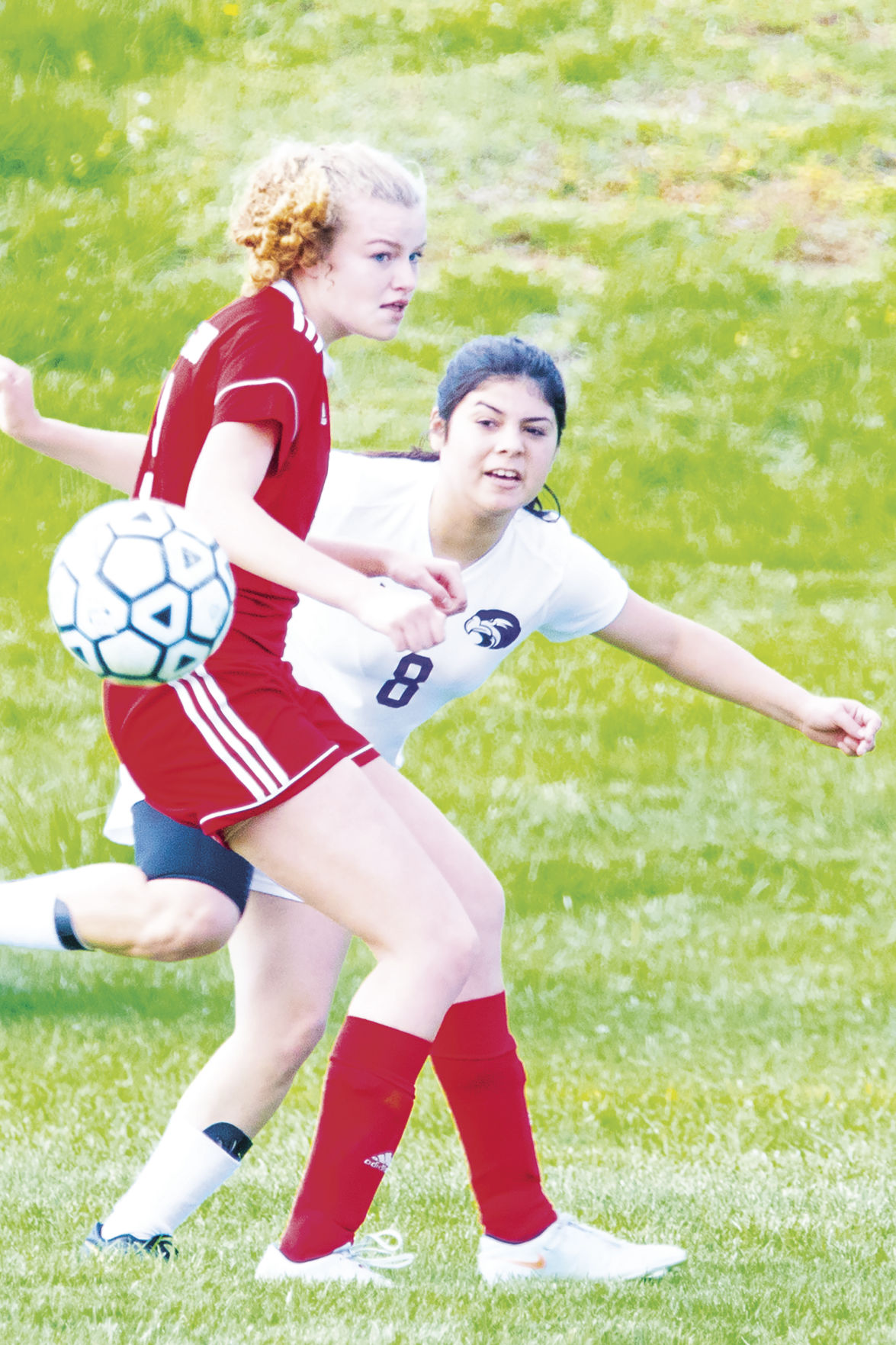 The Lady Red faced the J.C. Harmon Hawks for the first time this season on Friday.

The Lady Red contest the ball in the first half on Friday against the J.C. Harmon Hawks.

The Lady Red faced the J.C. Harmon Hawks for the first time this season on Friday.

The Lady Red stayed competitive with the visitors through the first half, while not being able to solve the visiting defensive side after multiple attempts from senior Kadejah Ross, sophomore striker Ayden Saunders and senior Mattie Dougherty. Nobody heard the sweet sound of the ball into the net, while junior goaltender Veronica Dill had one get past her ahead of halftime.

“We were pretty level with them for a while, but then they really came after us,” said Coach Alex Zanatta.

After the break, the Hawks broke the relative stalemate with two quick goals via powerful strikes at close range, before effectively putting the game away with a singing 30-yard free kick into the top right corner that Zanatta described as too impressive to feel bad about. Amid the action, Saunders managed to put the Lady Red on the board, leaving it at 4-1.

“It was a beautiful free kick, I mean, nobody was going to stop that,” he said.

The Hawks scored once more before the game came to an end. The Lady Red fall to 4-5-2 with one goal between two games after being shut out by the Wyandotte Bulldogs earlier this week in Kansas City.

They next face FL Schlagle on the road at 6 p.m. Tuesday, April 30, at the new stadium, 1412 Meadowlark Lane in Kansas City, Kansas.