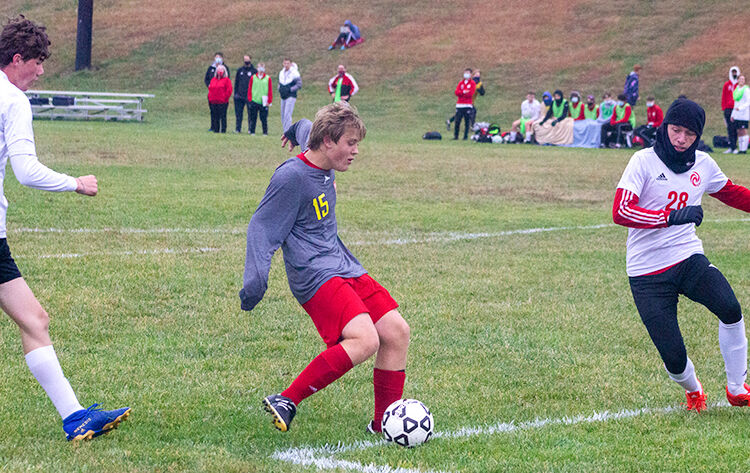 Aaron Fridell’s shot that led to the tying goal against Ottawa at Atchison Sports Complex. 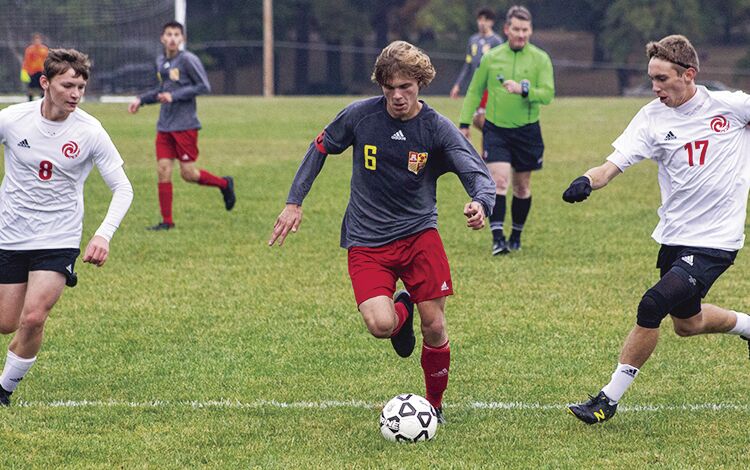 dribbles the ball into the attacking third of the field against Ottawa at the Atchison Sports Complex.

Aaron Fridell’s shot that led to the tying goal against Ottawa at Atchison Sports Complex.

dribbles the ball into the attacking third of the field against Ottawa at the Atchison Sports Complex.

The Cyclones scored the final goal with 1:30 left in the second period of overtime. The Cyclones controlled much of the overtime period which Head Coach Alex Supple described.

“Unfortunately, they came out with a little more fire in overtime,” Supple said. “We didn’t take care of business.”

“Fantastic outing,” Supple said. “He’s [Bruce] going to have a big career. He was doing all the right things, coming off his line and winning those 50/50 balls. His distribution was solid.”

Ottawa opened the scoring in the first 7 minutes of the game on the wet, fast pitch of Atchison Sports Complex.

The Redmen answered with a beauty of a goal from Aaron Fridell. Fridell slipped through the Cyclone defense and drilled the goal past the keeper into the back of the net.

After the slow start, the Redmen grew into the game utilizing an up-tempo offense which resulted in Fridell’s goal. The passing was more precise as options grew around the net, but they just could not find the winning goal.

“The intensity picked up, we were finding feet, finding those good through balls,” Supple said. “I know this stings, but we got to use it.”