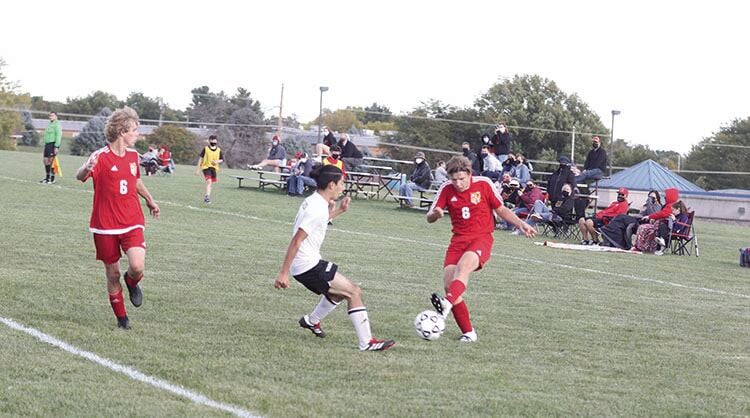 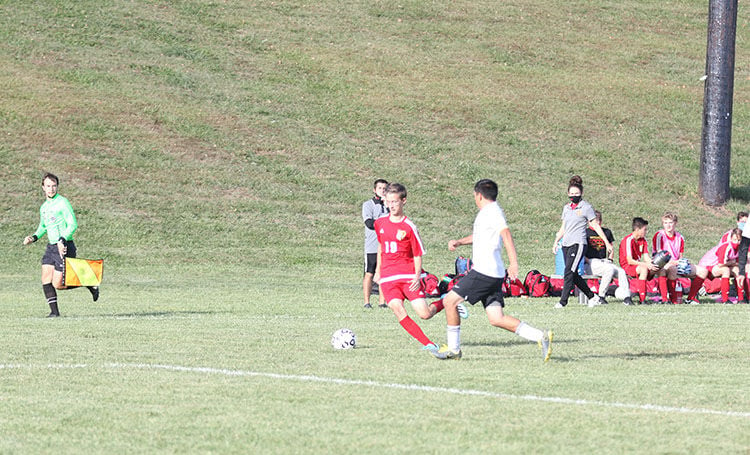 Atchison boys soccer was able to hold on late for its first win of the season 2-1 over Bishop Ward Thursday evening at Atchison Sports Complex.

The Redmen allowed a score in the second minute of play but responded with two straight goals in the 24th and 25th minute to take the lead.

Senior Ben Cooper tied on a goal coach Alex Supple said was about as good as you can ask on an offensive set.

“I thought Cooper’s goal was fantastic,” Supple said. “It was clinical and everything that you could hope for on a set piece.”

Cooper was pleased to finally get his first goal on the season in a winning effort.

“I didn’t know it was even going in until I saw the net move and I just lit up inside,” Cooper said.

Freshman followed up with his career goal at the varsity level.

Atchison was able to grind out a win despite missing a couple starters for the game.

“The boys were working hard,” Supple said. “We overcame a little adversity by not having a couple starters for today. That’s a big win considering they are in our region.”

Supple said her team playing a full game has been something they had been stressing to do early on this season.

“We’ve been struggling to put together 80 full minutes and tonight we put together those minutes of working hard in hustling,” Supple said.