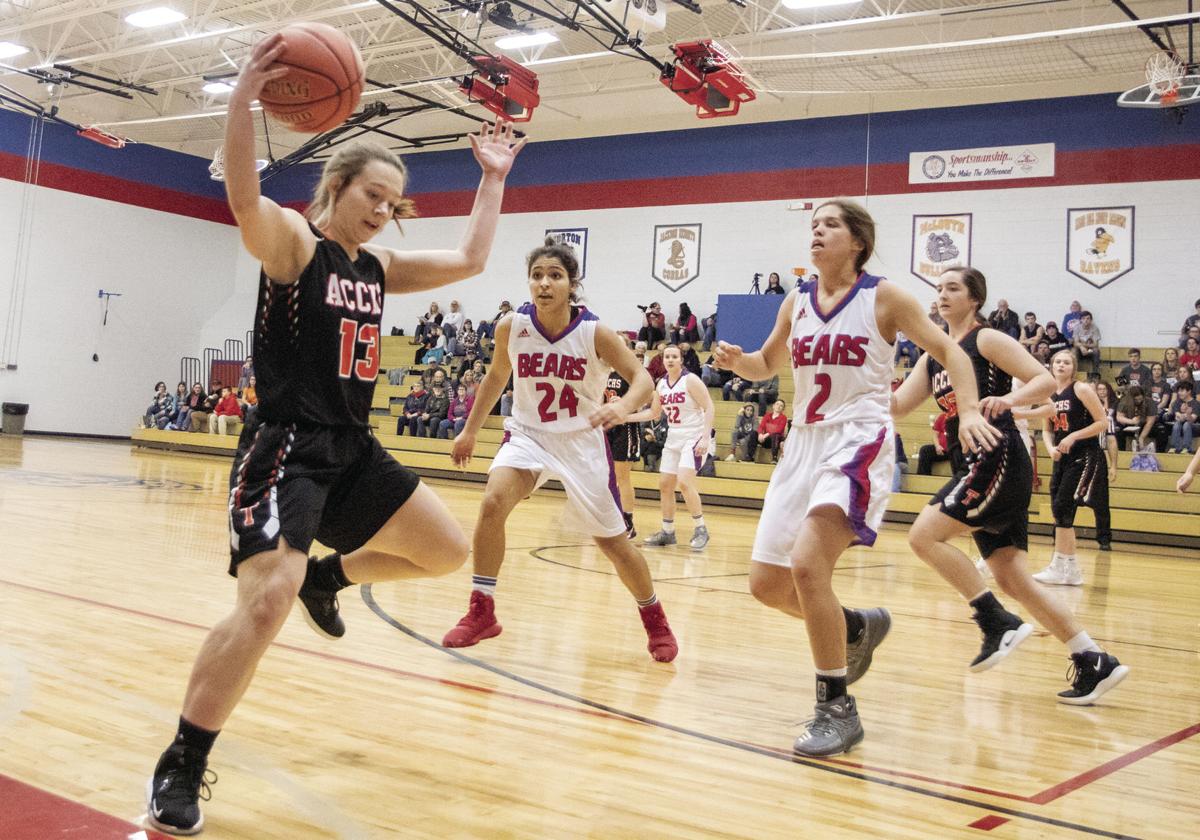 Natalie Nitz, freshman of the Atchison County Tigers, saves a shot from going out of bounds on Friday night on the road against Oskaloosa. 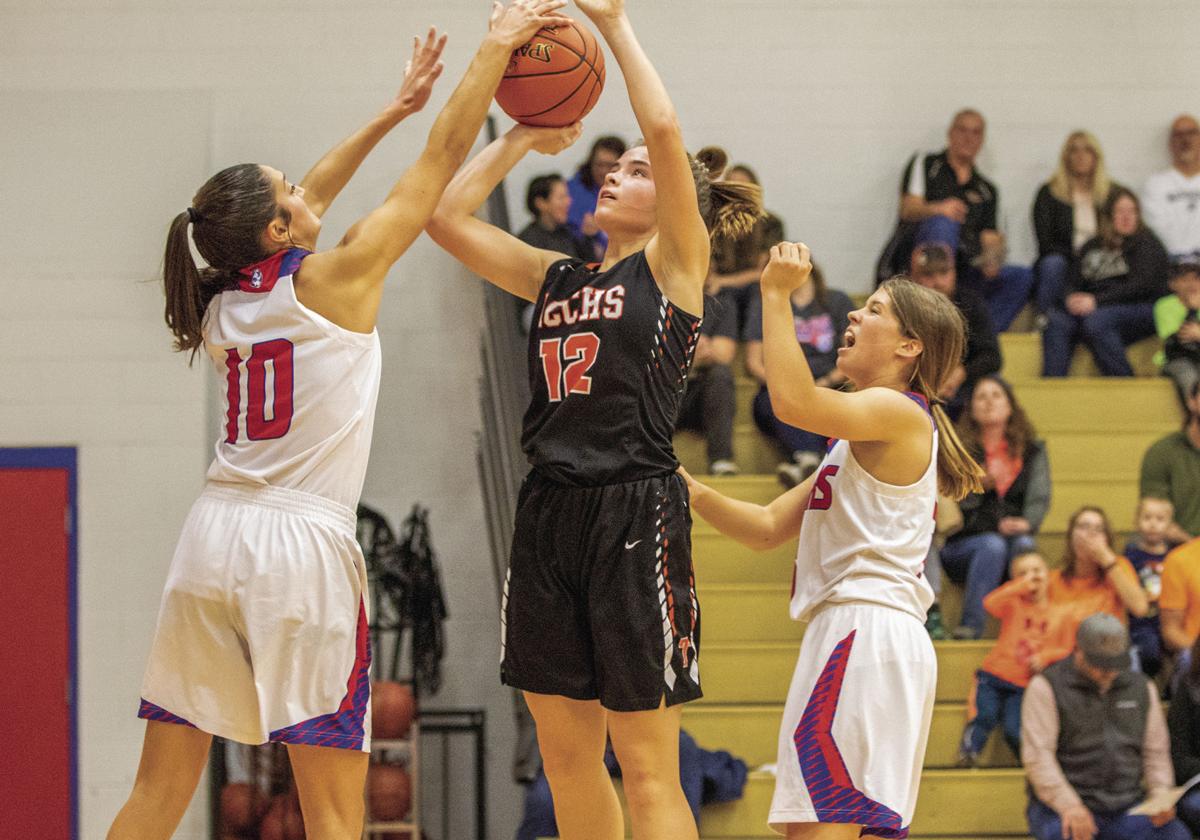 Jenna Pfau of the Oskaloosa Bears girls basketball team blocks a shot by Addison Schletzbaum of the Atchison County Tigers on Friday night in Oskaloosa.

Natalie Nitz, freshman of the Atchison County Tigers, saves a shot from going out of bounds on Friday night on the road against Oskaloosa.

Jenna Pfau of the Oskaloosa Bears girls basketball team blocks a shot by Addison Schletzbaum of the Atchison County Tigers on Friday night in Oskaloosa.

OSKALOOSA — The Atchison County Community High School girls basketball team fell behind early in the season opener on the road, and ultimately got thrashed 52-34 in what would be the first competitive high school varsity experience for most of the team.

Shooting difficulties kept the situation manageable in the first quarter, producing an initial tally of 9-5 in favor of the hosting Oskaloosa Bears. However, the rest of the first half proved to be a little more problematic for the Tigers, despite a six-point run led by freshman Natalie Nitz midway through the second quarter. Such efforts weren’t enough to keep the visitors from falling 10 points behind the Bears for much of that quarter, a lead the home team took into halftime.

ACCHS struggled at the charity stripe, hitting no free throws throughout the first 16 minutes of play. A moment in which Oskaloosa senior Jenna Pfau got fouled on a potential three-point play, which was missed at the line and then quickly converted into two more points, represented the pace of offensive action midway through the second quarter.

The damage worsened with about six minutes remaining in the third when Tigers freshman Aleah Wallisch missed a shot and the Bears rebounded. The home team missed in turn, before a wild Tigers pass across the width of the court was intercepted and converted into a 12-point deficit for ACCHS, which soon widened to 14 points.

In the third quarter, freshman forward Addison Schletzbaum got two good looks at the basket from afar in the fifth minute of play, without success, before ultimately producing an 11-point game with a bank shot from the leftside lane. However the Bears kept the pressure on and the third quarter ended at 38-24 in favor of Oskaloosa.

The Tigers adjusted and put the game back into contention with tough defense and forced turnovers, before Wallisch narrowed the score to 40-32 with a confident bank shot from the paint. However the Tigers proceeded to have more turnover problems and the Bears found themselves at a renewed 14-point deficit with less than four minutes to play.

“We thought we were getting back, and we weren’t getting back,” Eckert said. “We told them about this in practice, but in practice you can get away with it. And so, it’s a learning process. We’re playing a lot of freshmen, and every girl on the floor, it’s her first varsity experience. There’s nothing to do about that; we had all seniors last year. We have what we have. They will understand some things after they step on the floor.”

Atchison County continues after this first game and first loss to Hiawatha, where they will play their only game of the regular season against the Red Hawks. Events are scheduled for 5 p.m. to 10 p.m; the girls varsity squad should begin play at around 6:30 p.m. Saturday, Dec. 7.