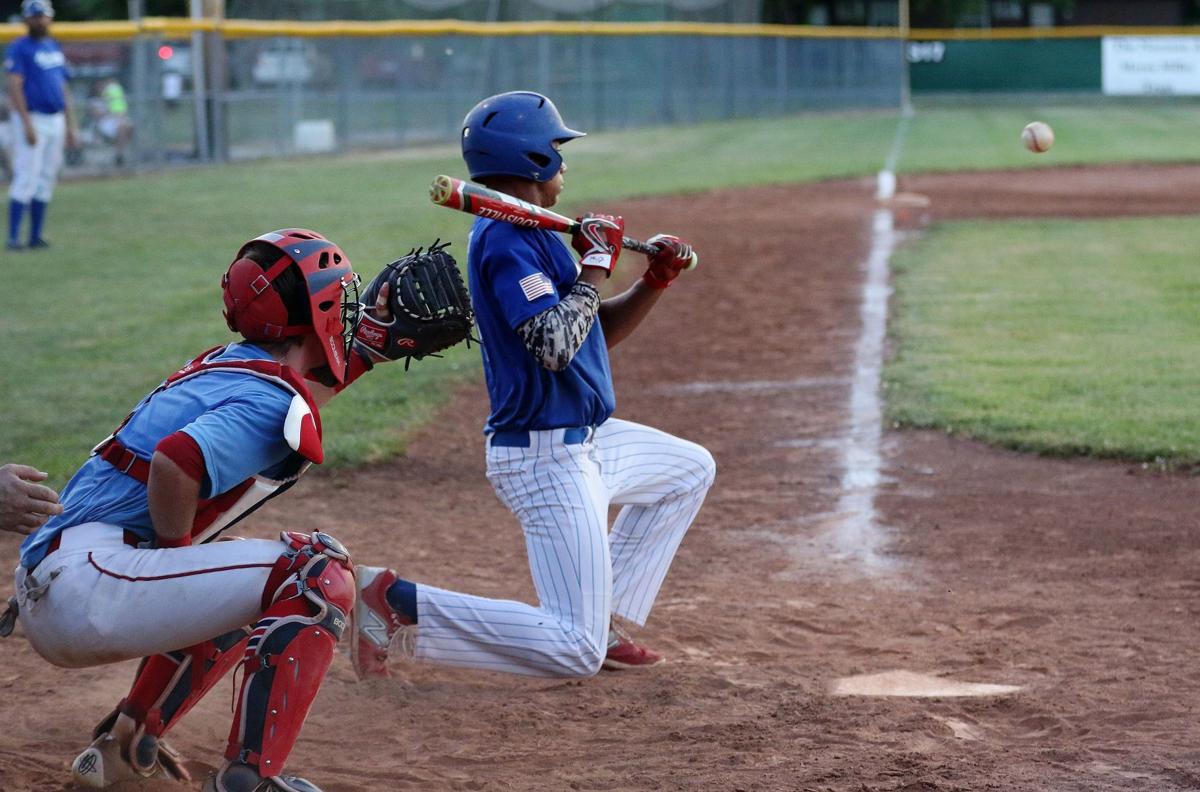 James Boatwright pulls a bunt attempt back on an inside pitch against Doniphan County on Saturday. The A’s lost 3-1 in nine innings. 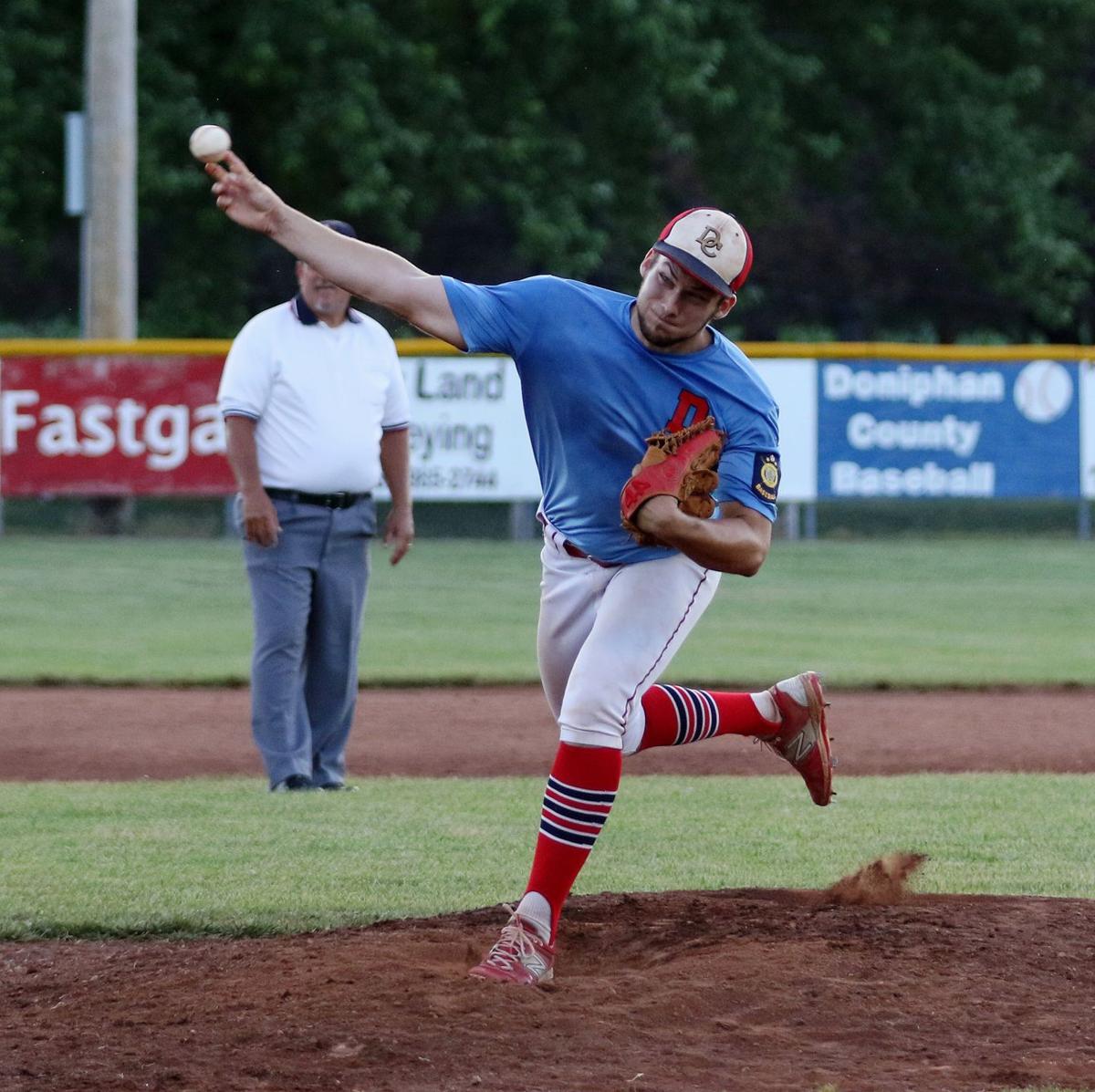 Doniphan County’s Nathan Gaarder pitches against Atchison on Saturday night in Wathena. Gaarder had 14 strikeouts in eight innings of work.

James Boatwright pulls a bunt attempt back on an inside pitch against Doniphan County on Saturday. The A’s lost 3-1 in nine innings.

Doniphan County’s Nathan Gaarder pitches against Atchison on Saturday night in Wathena. Gaarder had 14 strikeouts in eight innings of work.

WATHENA – It took a while, but Doniphan County finally solved Atchison’s James Boatwright.

The two American Legion baseball teams met Saturday in the championship game of the Doniphan County Tournament, and both teams put their top pitchers on display. In the end, Doniphan won 3-1 in nine innings.

Boatwright pitched five innings in relief for Atchison, striking out 11 batters. But, with the game tied 1-1 in the top of the ninth, Tucker Morris drew a lead-off walk and Cuttar Huss worked his own walk two batters later. With two strikes against him, Wyatt Huss broke the tie, lacing a single to left field that scored Morris.

Luke Smith followed with another single, and Cuttar Huss scored to push Doniphan’s lead to two.

Atchison was unable to answer in the bottom of the ninth. Closing out the game for Doniphan was Brody Winder, who sat down Atchison in order to end the game and give Doniphan the championship.

Doniphan scored its first run in the third inning. Garret Dunlap walked against Atchison’s starting pitcher, Noah Baniewicz, and scored on a double by Chris Winkel. Baniewicz, and later, Boatwright, held DC within striking distance, though.

“Pitching did a great job,” said Coach White. “They got one early, but we kept in there and our pitching kept us close.”

Nathan Gaarder worked the first eight innings on the bump for Doniphan, keeping Atchison off the board until the fifth inning. Baniewicz singled and then beat Gaarder’s throw to second on Hunter Ostertag’s bunt. The runners each advanced a base on a wild pitch, then Baniewicz scored on a ground out by Marcus Denton.

With the game tied 1-1, Gaarder and Boatwright, who took over for Baniewicz in the fifth inning, traded scoreless innings. Gaarder recorded 14 strikeouts in his eight innings, while Boatwright cut through 11 Doniphan hitters.

However, Doniphan pushed two across in the ninth for the win.

Gaarder has now pitched 15 innings against the A’s this season and allowed just one earned run. In Atchison’s first game of the season, Gaarder pitched seven innings in what became an 11-inning DC win.

“(Gaarder) is just a really good pitcher,” White said. “He gets up there and battles and gives you everything he’s got.”

Atchison had a couple chances to do more damage against DC and Gaarder. Hunter Wahwahsuck and Adam Smith began the second with singles, but both were stranded after Gaarder got two strikeouts and a ground out.

In the fourth, Smith and Augie Scholz walked, but a strikeout and a pop out ended the threat.

Tied 1-1 in the bottom of the seventh, Baniewicz doubled with one out, but never made it to third as Gaarder again escaped trouble. Scholz and Kevin Scott each worked two-out walks in the eighth, but Gaarder picked up his final strikeout to strand Scholz at second.