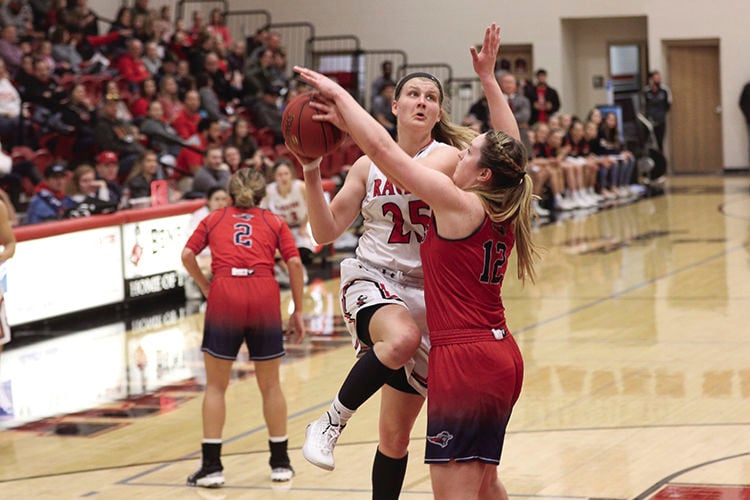 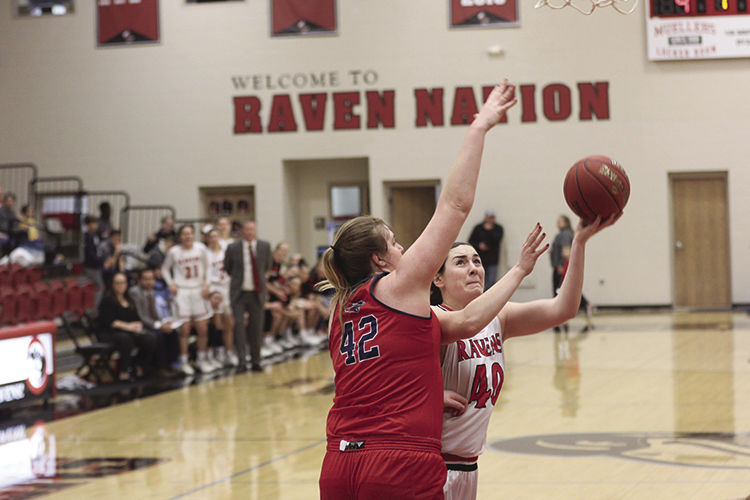 A continuation of Benedictine’s recent struggles on offense with a lackluster start on defense led to the team’s first home loss of the season Saturday at Ralph Nolan Gymnasium against MidAmerica Nazarene University by a score of 76-63.

The Ravens shot barely over 40 percent and allowed the Pioneers to hit a staggering nine threes before halftime that created a 48-30 hole that was never relinquished.

“We didn’t come out ready to play defense,” Folsom said. “We went over the scouting report and what they were going to do but we didn’t come and do it. We weren’t switching screens or communicating.”

The Ravens did have a potential comeback brewing in the second half thanks to some full-court press that did get the once 25-point lead for the Pioneers down to 13 with about seven minutes remaining.

“We defended better in the second half and they didn’t shoot as well,” Folsom said. “We need to improve our defense.”

Senior Kayla Staley said the game plan was there for her team but they didn’t follow through early on.

“Overall we just didn’t execute the details on defense,” Staley said. “We knew how wanted to guard it but we didn’t in the first half.”

Only one other player on Benedictine scored in double figures and the team as a whole went 1-14 from beyond the arc.

“It’s been a bit of dry spell with the whole team in regards to knocking down shots,” Staley said.

Folsom said not being able to have any significant success from the outside makes the game that much more difficult.

“We still have to figure out the outside shot,” Folsom said. “Not making them makes it a difficult game.”

Folsom simply said he thinks they haven’t been getting enough shots up at practice.

“I just think we haven’t been in the gym shooting enough,” Folsom said. “We need to get our confidence back shooting wise.”

The leading scorer for MNU (10-5, Heart 9-3) in the game was sophomore Megan Scott, who scored a season-high for her 25 points.

All of Scott’s points came from dominating the paint most of the day.

Staley said Scott beat them in one-on-one situations throughout the game.

“She’s an incredibly smart player who reads defenses really well,” Staley said. “We played her one-on-one and she beats us a lot.”