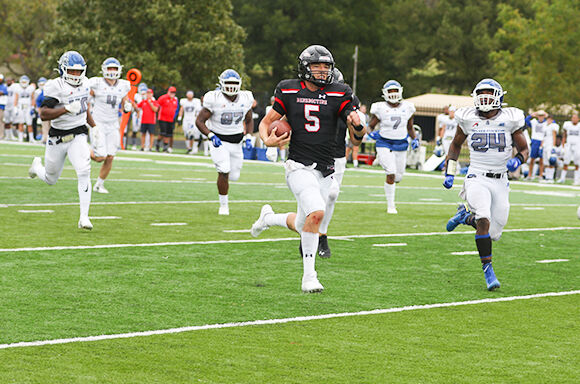 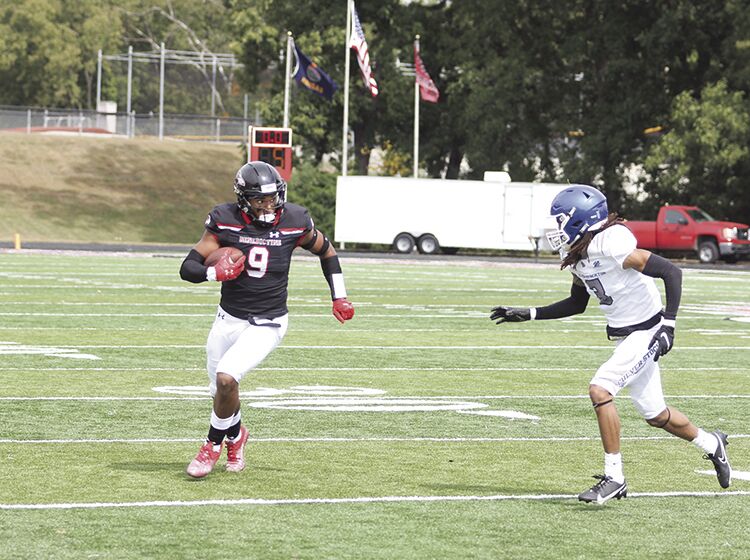 Benedictine football put up more than 60 points for the third consecutive week in an impressive 65-24 home victory over Culver-Stockton to notch the squad’s third straight win Saturday at Larry Wilcox Stadium.

Head coach Joel Osborn is happy with how his team has responded since losing to Peru State in early September.

“We handled that second loss in a row to Peru State really well,” Osborn said. “The guys really understood the message of the process and respecting the opponent. I commend the coaches for putting together good game plans and our players for going out there and executing.”

The Wildcat (4-2) offense entered the game averaging 41 points per game and was ultimately stifled most of the day by the Raven (4-2) defense that forced four turnovers and blocked a field goal in the game.

“What the defense was able to do today was phenomenal,” Osborn said. “They created turnovers and shorter fields for our offense. We got a lot of young guys on that side of the ball playing a lot, so I like how they are trending.”

Senior quarterback Garrett Kettle had another game where he showed off his ability to move the ball on the ground by leading the team with 140 yards rushing and two touchdowns to go along with 260 yards and three touchdowns through the air.

Osborn said Kettle played perfectly to the type of defensive strategy Culver-Stockton was playing on the field.

“He did a great job of taking what the defense gave him, and part of that was the running game for the quarterback,” Osborn said. “They were sitting in there with their cover 2 walling of our vertical routes with the speed we have and there is no one left for the quarterback, and we were able to expose that at times today.”

The Ravens had a pair of pass-catchers over the century mark on the day with junior tight end Reed Levi with five grabs for 129 yards and two scores and freshman wide receiver and speedster Jacob Gathright having three catches for 120 yards and a score.

Osborn credited the weapons they have on the outside and highlighted how the success of freshman JaShawn Todd early in the season helped open up another young deep threat in Gathright in the game.

“The receivers did a great job today,” Osborn said. “Everyone knows where number seven (Todd) is after what he’s done, and so we put 24 (Gathright) out there as well, and they didn’t cover him, and we were able to connect on it.”

Kettle said the BC offense has the luxury of attacking opponents with many different play styles and weapons.

“We could beat someone any way we want to, and that’s the best thing we got going for using a bunch of different weapons,” Kettle said. “Any way we can win, I’m in for it.”