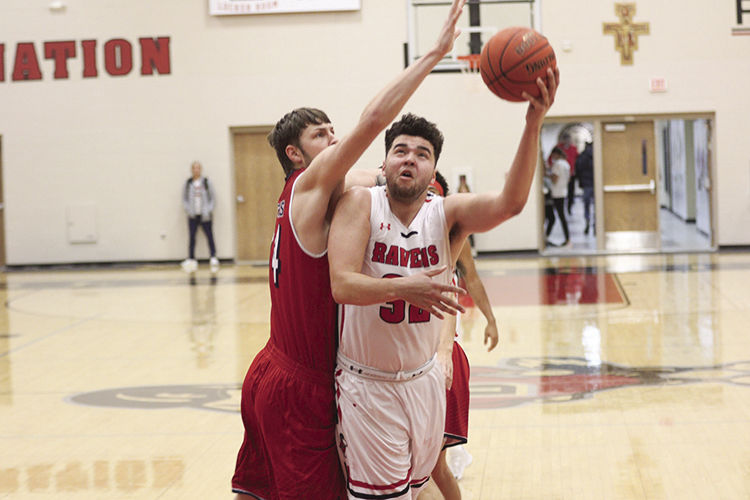 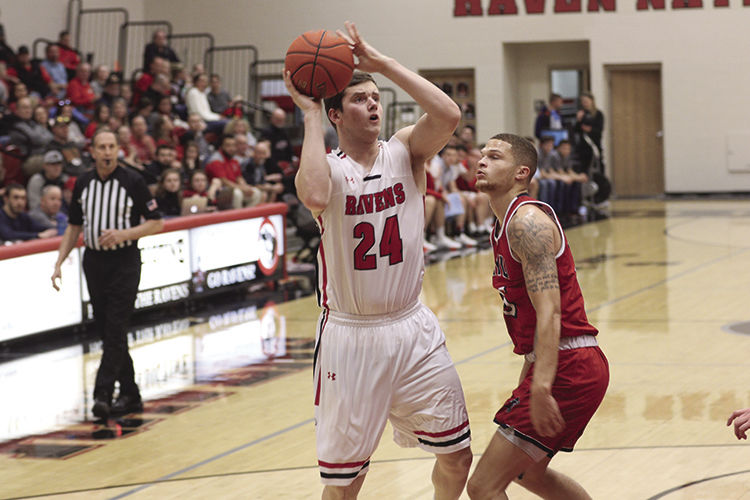 Benedictine claimed what is probably its best win of the season so far in convincing fashion 84-65 over MidAmerica Nazarene University Saturday at Ralph Nolan Gymnasium.

The Pioneers were held to 14 under their season average in points and shot just 39 percent from the field.

Coach Ryan Moody said the most impressive aspect of his team’s defensive performance was the lack of rest this week after playing two tough games Monday and Wednesday.

Moody said they were simply able to out physical the Pioneers throughout the game.

“I thought today we were a little tougher and deeper,” Moody said, “We just kind of showed up and said we’re going to make this a physical game, which is in our wheelhouse.”

The player who set that physical tone at the beginning of the game was sophomore Tyson Cathy who had eight early points finishing with 13 points, a game-high 11 rebounds and two athletic blocks.

Moody said Cathy is evolving into a force on the defensive end of the floor.

“You can just see he wants to control a game defensively,” Moody said. “His IQ on defense is maybe one of the best we’ve had on the team and he’s so long. He is constantly in the way on defense.”

The sophomore who averaged about a minute a game the previous season said he is humbled by the role he has been able to have so far for the Ravens(10-8, Heart 8-4).

“It feels good to know that coach trusts me enough to play,” Cathy said. “It was a big role that somebody had to step in to and I’m proud coach can trust me with it.”

MidAmerica did hit 11 threes in the game but that was out of 28 attempted.

Moody said getting the Pioneers to shoot from outside was the plan going into the game.

“That was kind of the game plan was to take away the twos and everything inside,” Moody said. “Make it really hard to function and clog up the inside.”

The Ravens also only allowed four points in transition against MidAmerica (12-6, Heart 8-4) who excel at points on the fast break.

“The biggest thing you have to do with MidAmerica is get back,” Moody said. “They are one of the best running teams in the country and I thought we did a good job of that.”

Another sophomore who continues to carve out a role with Benedictine is Nysir Scott.

Scott had his best game of the season with a season-high 11 points, seven rebounds and five assists.

“He’s kind of our utility knife right now,” Moody said. “We can put him at the one or move Jaiden to the two if need be. He’s so slippery and can go down to find a way to score.

Moody also praised Scott for his ability on defense.

“He’s so fast and vocal on defense and you just want to play with that guy,” Moody said. “His attitude is awesome no matter whether he’s in or out.”

Sophomore Eric Krus had a season-best 13 points since returning from injury earlier this month.

Junior Jaiden Bristol had 11 points in the game.