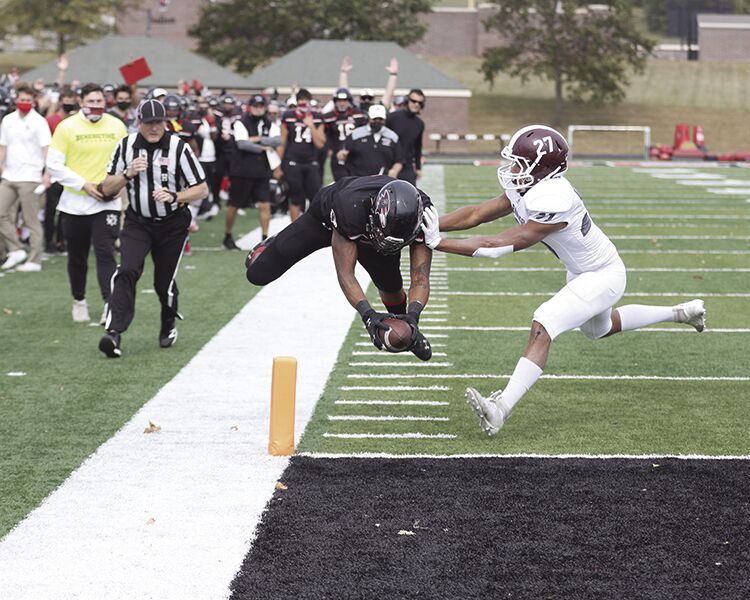 Benedictine senior running back Rayshon Mills leaps into the end zone for a touchdown against Evangel Saturday at Larry Wilcox Stadium. 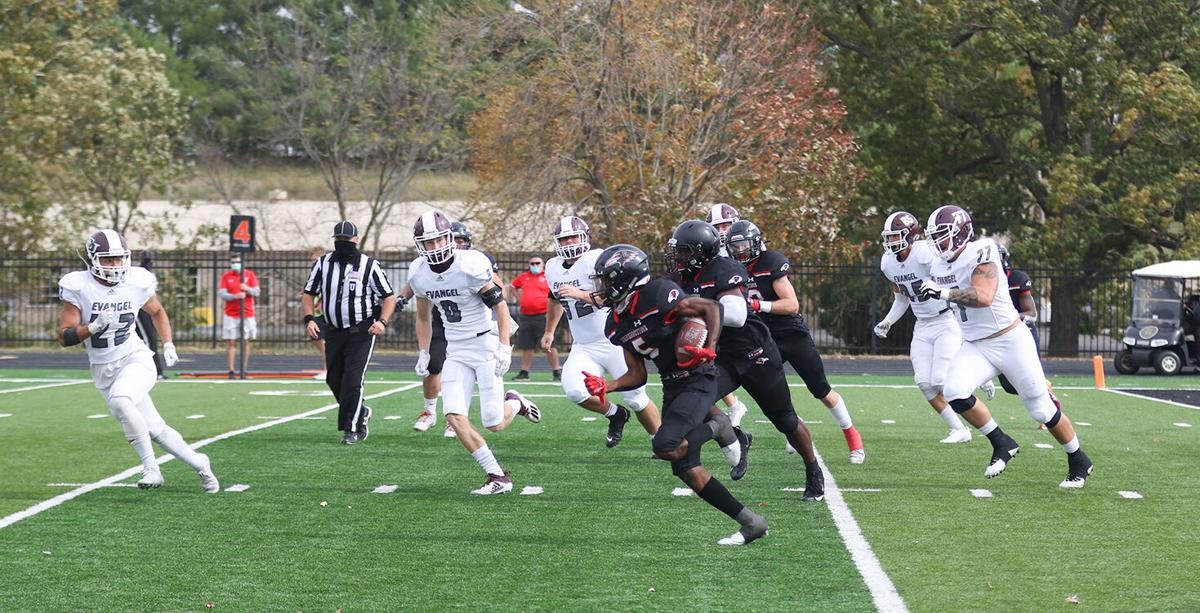 Benedictine senior running back Rayshon Mills leaps into the end zone for a touchdown against Evangel Saturday at Larry Wilcox Stadium.

The Benedictine defense delivered another solid performance by forcing multiple turnovers against Evangel in a 24-6 win Saturday at Larry Wilcox Stadium.

Coach Larry Wilcox said the defense came up biggest when the Crusaders were threatening in the redzone where the Ravens held them to just one touchdown on four redzone appearances.

"On the whole we made the plays when we needed to make some plays but most importantly our defense prevented them from making some plays When they were in the redzone," Wilcox said. "That's probably where our defense played the best and a couple big turnovers today were huge."

Senior linebacker Brett Shepardson recorded two sacks in the game to improve his team leading total to 6.5 on the season.

Shepardson said the coaches have done a good job of pushing the defense to be at their best on every snap throughout the beginning of the season.

"The coaches challenge us and I know that we like that as a defense," Shepardson said. "We work on the small things and just try to get better every single snap and rep."

Sophomore cornerback Joshua Morris forced both turnovers the Ravens had in the game with an interception and a forced fumble.

Benedictine leads the Heart of America Conference with 13 turnovers so far this season.

"We stress turnovers in practice and I know we all love getting them," Shepardson said. "Gets us off the field and gets our offense more opportunities to score."

Senior running back Rayshon Mills recorded the first one hundred yard rushing game of the season with a 146 yard two touchdown performance on 26 carries.

Wilcox said seeing that type of effort from a running back again since the departure of Marquis Stewart was refreshing.

"It's good to have one of those again," Wilcox said. "That's been a norm for us over the years but we just haven't gotten there yet before today. I was proud of the line and the backs for how we were able to run the ball today."

Even with the running game showing up, Wilcox said the offense is still working through some rust and kinks they have dealt with due to some injuries.

"We're still working on consistency and continuity," Wilcox said. "We've had so many people on the offensive line who have been injured. Those guys playing together is important and we're kind of getting back to where we need to be with still some more steps left."