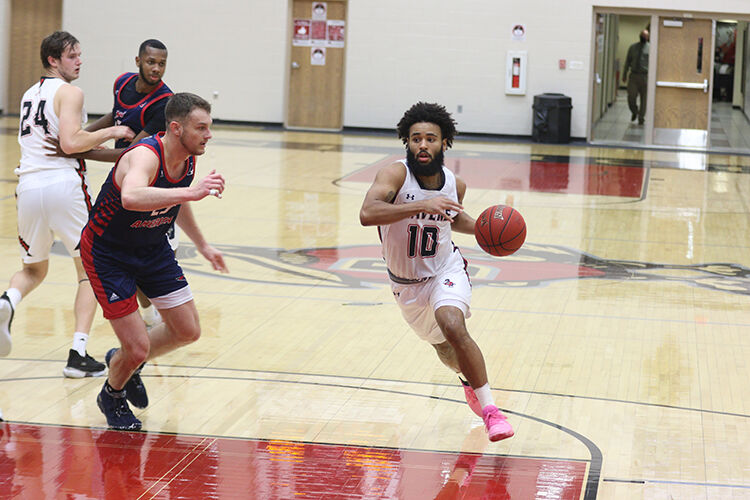 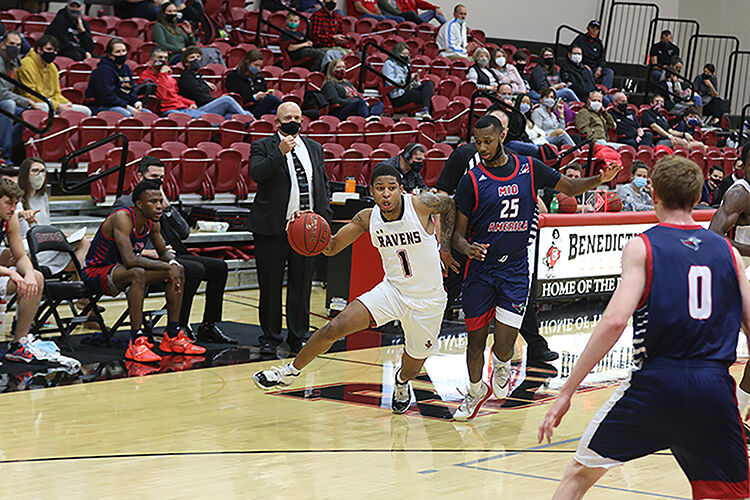 Benedictine and MidAmerica Nazarene University have developed a bit of a rivalry with a number of highly contested games in recent years.

The Ravens emerged on top in their first meeting this season by a score of 82-73 Tuesday night at Ralph Nolan Gymnasium.

“Every time we play MidAmerica it’s a grind,” Moody said. “They are a really talented team but they haven’t clicked yet until tonight because they have been in a lot of quarantine.”

With a 43-38 lead at the half, Moody challenged his team to push through in the second half.

“We challenged them at halftime and told them it’s gut check time,” Moody said. “Our starting five have played a lot of minutes the last three games.”

Moody credited his squad for adjusting on defense and holding the Pioneers to 33 percent from the field in the second half.

“We changed defenses a couple times down the stretch,” Moody said. “I thought the guys did a good job of being flexible and gutted it out.”

“If we’re making threes the way we have been, I think it makes us pretty tough to guard,” Moody said. “I can’t complain about 52 percent from two and 42 percent from three and that’s kind of where we’ve been.”

Senior Jaiden Bristol led the way with 23 points with both senior Chris Jackson and senior Matt Austin having 18.

Moody said there is certainly room for improvement on the defensive end of the floor, but the success of the offense has kind of overshadowed that.

“It’s kind of like a rivalry in our eyes,” Bristol said. “So anytime we play them and win it’s pretty good.”

Bristol said the Ravens (6-2, Heart 31) have the ability to be far better on defense as the season progresses.

“I think we have a pretty talented defensive team when we lock in,” Bristol said. “To be honest as a senior right now I don’t see that but we’ll get that right as the season goes on.”

Benedictine will go on the road Saturday for a 4 p.m. tipoff against Central Methodist University.