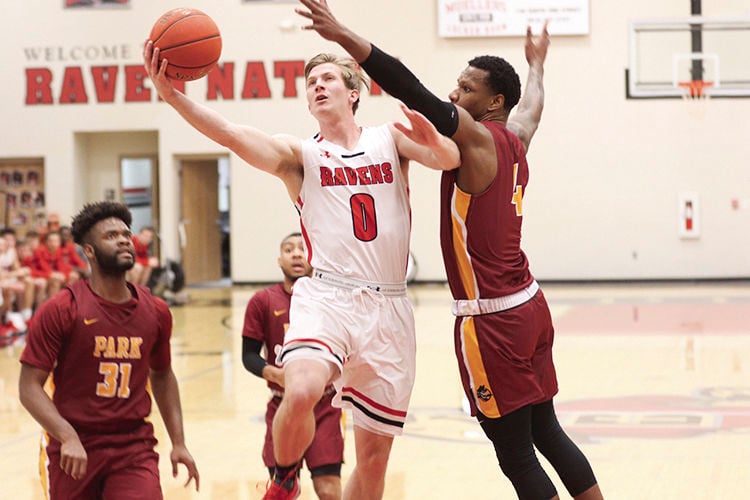 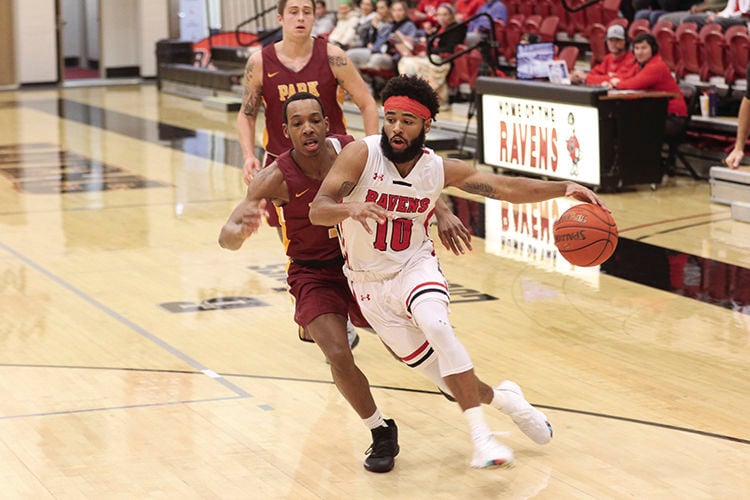 This certainly wasn’t the way many saw the first five games of the No. 9 Benedictine men’s basketball season starting.

The Ravens dropped their fourth game in a row Tuesday night against No. 24 Park in a 60-56 defensive grinder of a game at Ralph Nolan Gymnasium.

Both teams had nothing short of a sloppy offensive outing with a total of 47 turnovers between them on the night.

Coach Ryan Moody didn’t hold back about what was an offensive calamity for both teams most of the night.

“I thought that the game of basketball got set back fifty years tonight. Print that.” Moody exclaimed. “On our end we are tired. Three games against really good teams in five days is tough for these guys to pull off, especially when some of them are getting thirty plus minutes.”

Moody did highlight the effort and performance of the defense as a whole on the night, especially with the Ravens turning the ball over 23 times and still having a shot to tie the game in the final minute.

“Two give them that many more possessions and to have this be a one possession game late is pretty good,” Moody said. “We were able to grind out stops when we needed to.”

Defense will have to be the calling card for the Ravens right now as they are still dealing with the adjustment period of losing a ton of firepower on the offensive end of the floor.

“We got to hang our hat on something and right now it’s defense,” Moody said. “I think this team can really guard when we get dialed in.”

Benedictine sophomore forward Tyson Cathy said the team did their job defensively but the struggles on offense were the deciding factors in the third consecutive home loss.

“Defensively we held it down tonight,” Cathy said. “It just came down to turnovers on offense but we can correct that in practice.”

Moody said the team as a whole is still just trying to identify and cultivate roles as an offense.

“We got to find roles and figure out who we are offensively,” Moody said. “We’re missing 29 shots off last year’s team right now and so roles change and they elevate.”

Junior guard Matt Austin didn’t suit up because of a hand injury and sophomore Eric Krus is still working back from his knee injury he suffered back in March.

Moody maintains a completely positive outlook during what is right now a growing experience for the team at the beginning of the season.

“I think this team has chance to be really good in January and February,” Moody said. “The minutes that we’re getting for the players who didn’t have many last year is fantastic.”

Cathy led the Ravens on the night with 12 points and junior guard Jaiden Bristol was second with 10.

Benedictine will start conference play Saturday at 4 p.m. when they take on No. 5 William Penn on the road.