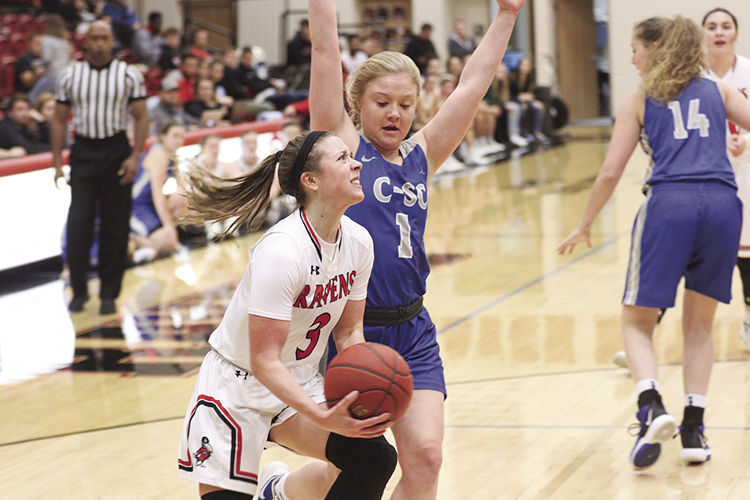 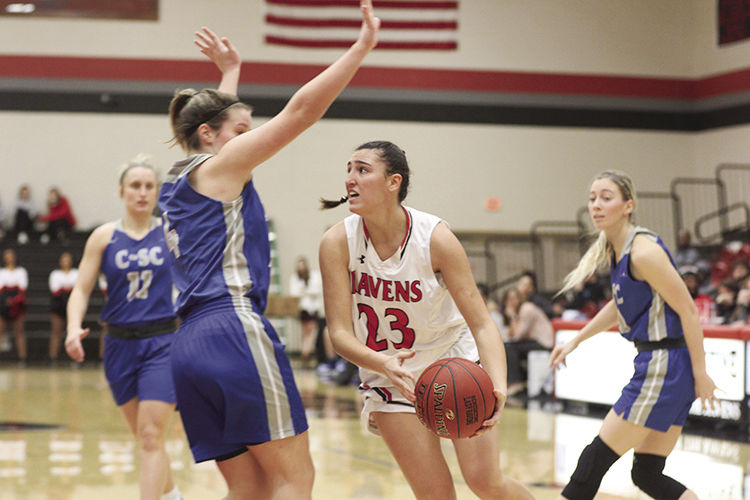 Benedictine women’s head coach Chad Folsom took a timeout with about seven minutes remaining in the game Saturday hoping to ignite a fire inside his team that was mostly stagnant in the second half trailing 57-52.

“We really kind of went into a lull with turning it over on offense and letting them execute and run their offense,” Folsom said. “I feel like after that timeout we came out with a lot more energy on defense and started getting stops.”

The Ravens responded with a remarkable 25-5 run to close out the game for a 77-62 win over Culver Stockton College at Ralph Nolan Gymnasium.

“We were able to put a run together and we never looked back after that,” Folsom said.

One of the key cogs for Benedictine (9-2, Heart 4-2) on the day was senior guard LaRanda Thomas who recorded a game-high 23 points in the win.

“We kind of lost our energy when they caught up and went ahead,” Thomas said. “Having energy of defense getting stops was the difference.”

The game was a bounce back for Thomas after only managing two points in the team’s 64-63 loss on the road at Grand View Thursday night.

“We need her scoring for sure and taking charge like she did out here today,” Folsom said. “She’s one of the top guards in the league. She’s smart and when she gets her shots going she’s solid.”

Junior guard Anna Sanjuan was second for the Ravens in scoring with 15 including two back-to-back three pointers to give her team a 62-57 lead over the Wildcats (5-6, Heart 3-4) with four minutes and thirty-five seconds remaining.

“That young lady has the confidence to talk those shots and not be afraid of it,” Folsom said. “It’s nice to have her hit those.”

Senior forward Kayla Staley was third in scoring with 12 and eight of those came in the fourth quarter.

Folsom complimented the versatile ways Staley can attack defenders in the post.

“She’s really good at that face up game,” Folsom said. “When they aren’t on her she can shoot it and has nice touch at fifteen feet and you come at her she can go around you.”

Folsom said getting a home win after a tough road loss was key for the team and how they have a goal of not stacking up losses this season.

“One of our goals this year is to not lose two in a row,” Folsom said. “We also don’t want to lose on our home court.”

The Ravens will next play at noon Saturday when they host Clarke.