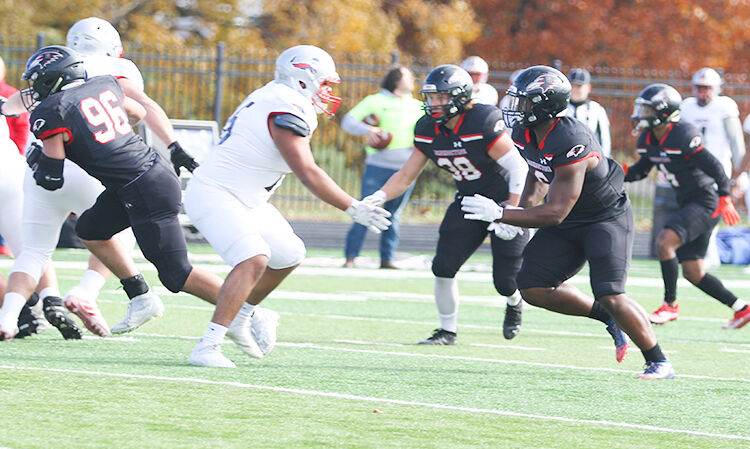 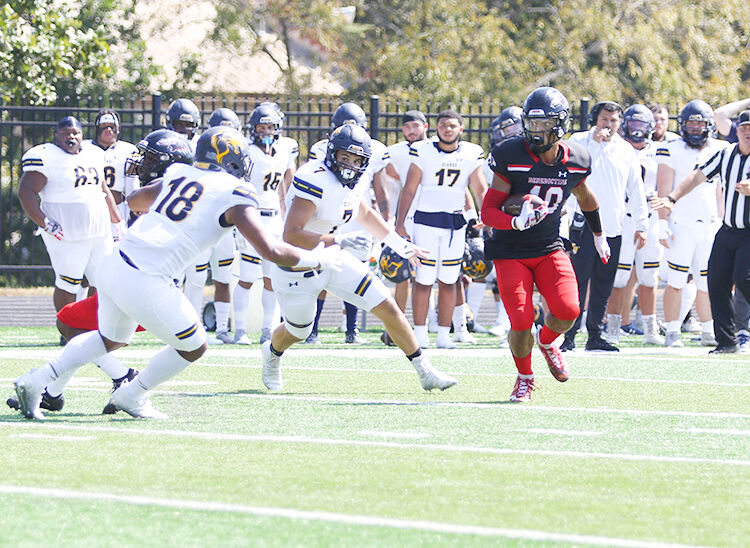 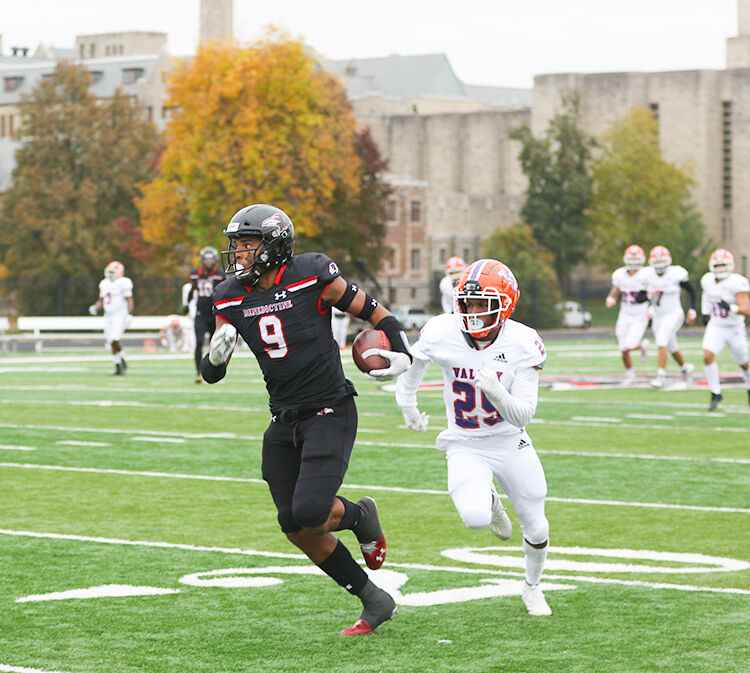 James was not only named a first-team linebacker for first-year head coach Joel Osborn, the senior from Cleveland, Ohio, was named the Heart South Co-Defensive Player of the Year. James registered 93 total tackles for the Ravens. Of those, 9 were for a loss as he added 3.5 sacks and an interception.

Adger led the Ravens receiver corps with 825 yards off 50 receptions at an average of 16.5 yards per catch and 75 yards per game with 12 touchdowns. Levi was third on the team with 390 yards receiving off 24 receptions at 16.4 per catch and 48.8 per game with 6 touchdowns. Capron helped anchor an offense that averaged 448.7 yards per game, which included 179.2 yards per game rushing and 1.8 sacks allowed per game. Heinrich led the Heart in punt average at 41.3 yards per punt for a total of 950 yards. He finished with a long of 59 yards while adding 9 inside the 20.

Mills averaged 4.3 yards per carry this season for the Ravens as he finished with 547 yards and 11 touchdowns. Mordecai was also a key piece in the Ravens offensive success as he joined Capron to represent the offensive line on the second team. Anderson finished with 37 tackles, which included 9 for a loss. 3.5 sacks and a fumble recovery. Tierney was third on the team in tackles with 40. He added 4 tackles for a loss, an interception with a return of 32 yards, and 6 pass breakups. Buteux averaged 24.3 yards per kickoff return with a total of 13 returns. He also averaged 5.0 yards per punt return while adding 363 yards receiving with 3 touchdowns.

Kettle finished the season with 2,663 yards passing off 190 completions and 28 touchdowns. He broke the single-game record for touchdown passes with 6 in the season-finale against MNU. He averaged 242.1 yards passing per game with an additional 56.9 yards rushing where he also scored 12 touchdowns. He led both divisions of the Heart in completions, passing yards, passing yards per game, and touchdowns. Todd finished the season with 310 yards receiving and 303 yards rushing as he averaged 61.2 yards of total offense per game. Morris was fourth on the team in tackles with 46 tackles. He also recorded 3 tackles for a loss, an interception, forced fumble, and fumble recovery.

Benedictine posted an overall record of 7-4 while going 3-2 in the Heart South.