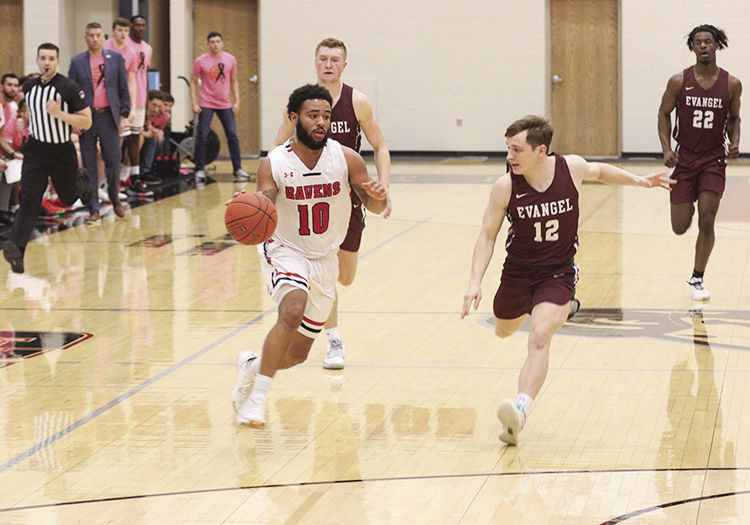 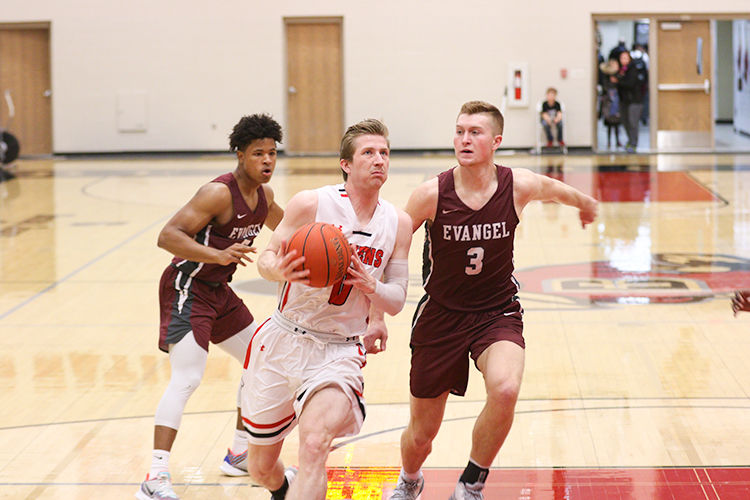 Benedictine looked like it could potentially be ready to reach the century mark for the second straight game with an impressive first half of shooting against Evangel Wednesday night at Ralph Nolan Gymnasium.

The Ravens eventually cooled off, but still maintained a healthy lead throughout the second half en route to a 78-65 victory.

Coach Ryan Moody came away from the game really impressed with the energy his team had to start the game.

“It’s hard to be up 20 at half and maintain the same energy,” Moody said. “We came out with so much energy on both ends to be honest with you. I thought energy was the key tonight.”

Junior Matt Austin said they played truly selfless basketball in the first half.

“We were attacking and playing unselfishly,” Austin said. “We just played together and kept getting each other open shots.”

The stats reflected the total team effort by the Ravens with seven players scoring at least seven points in the game and six players taking at least five shots.

The Crusaders did respond in the second half and narrowed the lead to 57-47 under the ten minute mark, but were ultimately kept at bay by Benedictine for the rest of the game.

“I don’t mind honestly that they make a little run on us,” Moody said. “It just shows that we have to battle back and see who steps up.”

Moody said he was pleased with how his team answered the runs Evangel went on in the second half.

“We were going to get ready for their run and they made a couple at us,” Moody said. “I thought our guys did a good job withstanding that.”

Maybe the most impressive ingredient to the Raven win was holding the Crusaders to 17 point below their average on offense.

“They are a really good offensive team and it’s a hard motion to guard,” Moody said. “They have a lot of guys who can take you off the dribble more than in years past.”

Junior guard Jadien Brisol led the team in points with 15, rebounds with eight, and assists with five.

Moody said Bristol did a good job of taking advantage of the aggressive defense the Crusaders play.

“Their ball screen defense kind of allowed him to be more aggressive,” Moody said. “They were stretched out and allowed Jaiden to get down hill.”

Austin and sophomore Jayden Temme were both second on the night with 11 points.

Moody said the team as a whole had the right aggressive mentality for game.

“I thought we were aggressive all across the board,” Moody said. “We’re in the hunt for a lot of things and so we have to embrace that a little bit and attack these games.”

Moody stressed the importance of winning grind-it-out type of games that don’t necessarily look that pretty on he stat sheet this time of the year.

Benedictine will go on the road 2 p.m. Saturday to take on Clarke University. The Pride beat the Ravens on buzzer beater back in December 74-71.