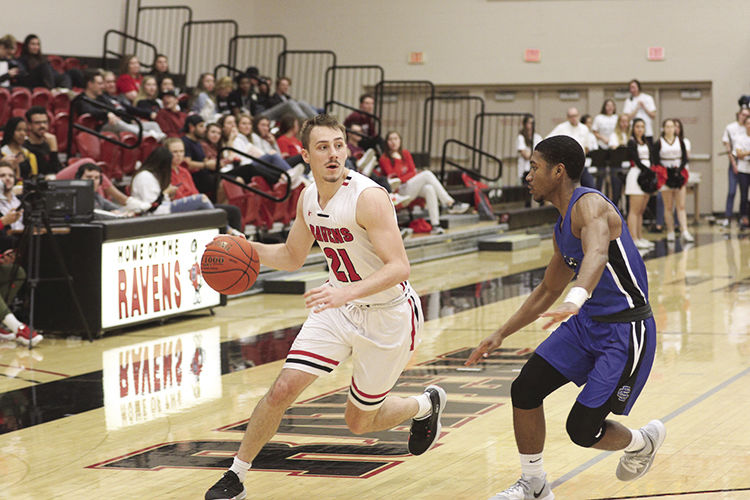 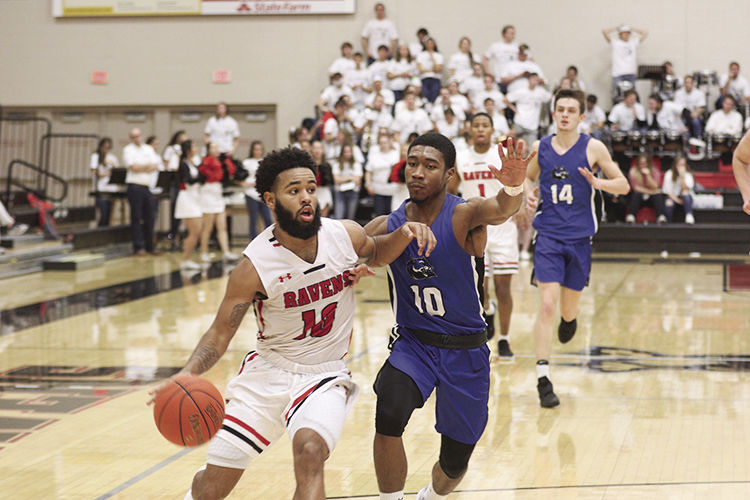 Benedictine men’s basketball shot the lights out of the ball for first time this season in its 94-76 win over Culver-Stockton College Saturday at Ralph Nolan Gymnasium.

Sophomore forward Jayden Temme was the leading Raven to rain down threes with eight and a game-high 26 points.

“You could just feel the confidence coming off of that kid,” Coach Ryan Moody said. “He can do that and with what we had last year he didn’t get a chance to do it that much.”

Moody said he was happy for people to see Temme show exactly what he is capable of on the floor during game action.

“We see it on a daily basis.” Moody said. “I’m glad he was able to finally break out.”

The Ravens finished the day with 17 threes in the game which is a season-high.

“Percentages across the board today were great,” Moody said. “That is impressive because we played Thursday on short rest.”

Moody said his team went into the game hoping to utilize pace of play to their advantage to force turnovers against a Wildcat team that has been scored on often this season.

“We really wanted to play as fast as we could and punish them off turnovers,” Moody said. “That was why we were able to get some easy ones.”

Benedictine finished with 19 points off of 15 turnovers.

Moody said this performance was much like last season where the success from beyond the arc led to easy opportunities in the paint for the second half.

“They were so worried about the threes from the first half so the second half we were able to get to the rim,” Moody said. “When you can shoot well it really makes the game a little easier.”

Senior guard Colby Nickles was second on the team with 16 points and said the Ravens went into the game stressing the importance of finding the open shooter more often.

“We came into the game talking about how we were doing too much reversal on the dribble,” Nickles said. “So our emphasis was finding the open shooter when we get off of edges.”

Junior guard Matt Austin also had 16 points on the day.

This was the fifth straight win for Benedictine after a 1-5 start to the season.

Moody said his team is starting to find their way but they don’t want to pay much attention to the win and loss columns.

“We’re playing better and we’re deeper with guys kind of finding their roles,” Moody said. “We don’t worry about how many we’ve won and the reality is we’re just grinding.”

Ravens will play again at 2 p.m. Saturday when they host Clarke.