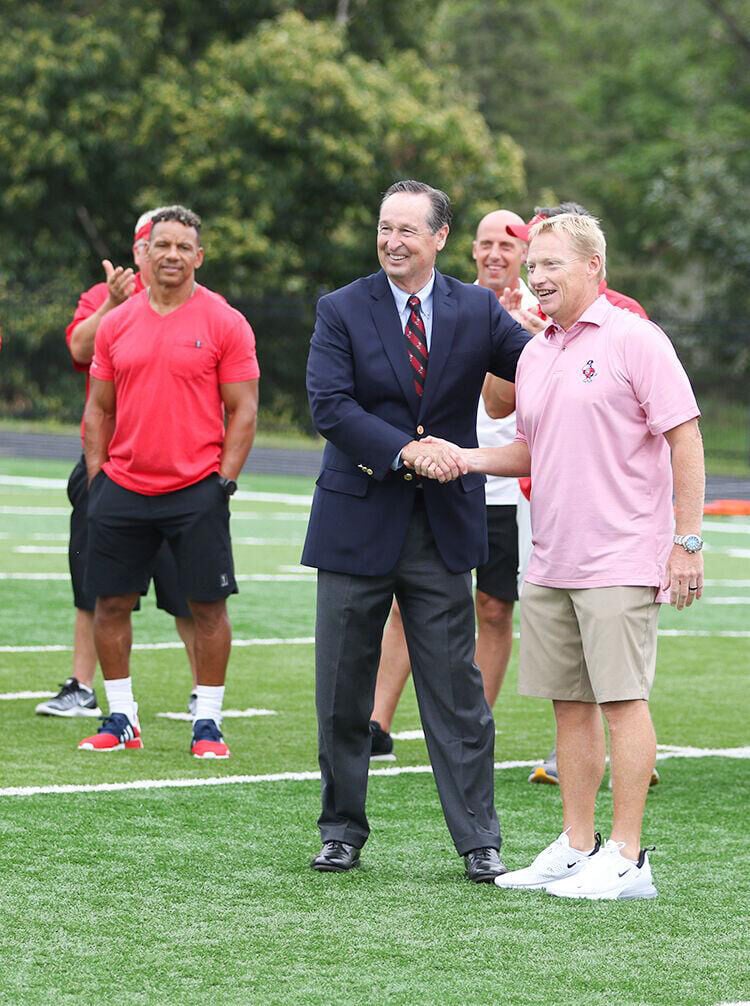 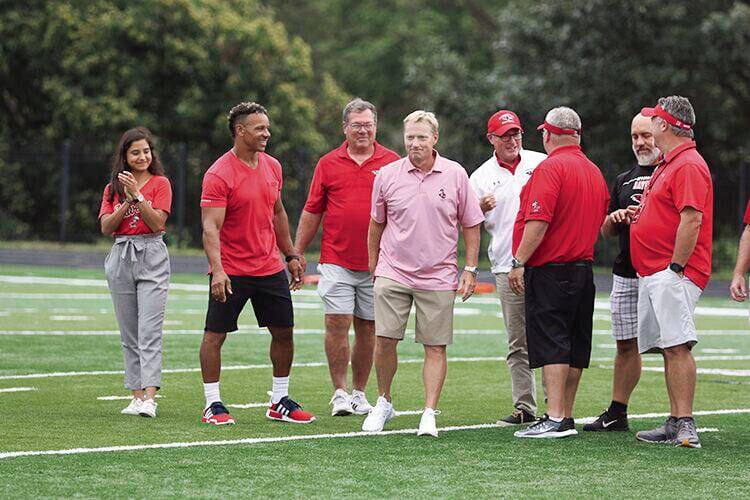 Chris Tabor stands with his former teammates at halftime of Benedictine’s game versus Grand View Saturday at O’Malley Field in Atchison, Kansas.

Chris Tabor stands with his former teammates at halftime of Benedictine’s game versus Grand View Saturday at O’Malley Field in Atchison, Kansas.

For Chris Tabor, getting inducted into the The Benedictine College Athletic Hall of Fame is a dream come true.

“I never imagined that I was going to coach in the NFL. I wanted to coach high school football is what I wanted to do, and it’s kind of worked its way to this,” Tabor, who is currently the Chicago Bears’ Special Teams Coordinator, said. “But I’ve been fortunate because I’ve been around a lot of great people which has allowed me to kind of grow in this business.”

Tabor was recognized at halftime of Benedictine’s game versus Grand View and honored with a banquet and ceremony on Saturday.

“It means a lot. I think probably the neatest thing about everything is just seeing my classmates and teammates because it’s really a team game. That’s what you remember,” Tabor said.

“I love St. Joe — that’s home,” Tabor said. “I have a lot of family still lives there, so anytime you can represent St. Joe, you know, I want to do that. Make them proud.”

After his time as a Cardinal, Tabor went on to play four years at Benedictine College as a successful quarterback.

During his career, he recorded 3,633 passing yards and 1,177 rushing yards. Tabor still holds the college’s record for the longest rushing play of 96 yards by a quarterback, which came against Minnesota Morris University in 1991.

He led the Raven squad to a 19-5 record as the starting quarterback in the 1991 and 1992 seasons, with a win in the Steamboat Bowl in 1991 and a Final Four appearance in the NAIA National Championship Playoffs in 1992.

Benedictine entered the Heart of America Athletic Conference in 1992. That’s when Tabor guided the Ravens to the inaugural conference title, going on to defeat Hastings College and Baker University in the playoffs before losing to the eventual NAIA champion that year, Findlay University.

“Chris’ passion, determination, leadership and never-admit-defeat attitude provided the right chemistry for the many other fine athletes who he led as their quarterback and captain,” former Benedictine head coach Larry Wilcox said in a statement.

This year, Tabor enters his fourth season as the Special Teams Coordinator for the Chicago Bears in his second stint with the team.

Before returning to the Bears in 2018, he spent seven seasons with the Cleveland Browns as their Special Teams Coordinator.

With stints across the high school, junior college and Division I levels before his time in the league, Tabor believes his time as a Raven had a big influence on him.

“Obviously, you get your degree here, but you kind of go from a boy to a man and learn. This is the foundation that I learned here, and the values that they instilled in me here have really helped me throughout my career,” Tabor said.