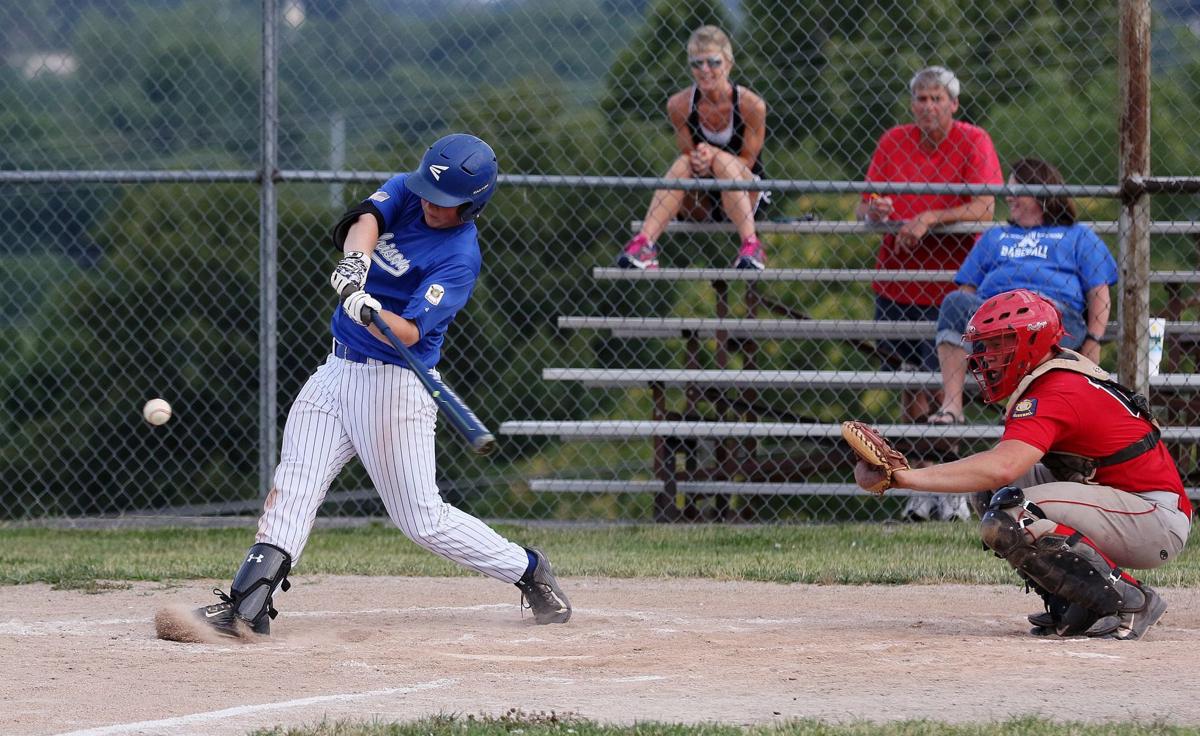 Noah Baniewicz knocks a base hit on Friday against Leavenworth. Baniewicz was the winning pitcher for Atchison in Game 1. 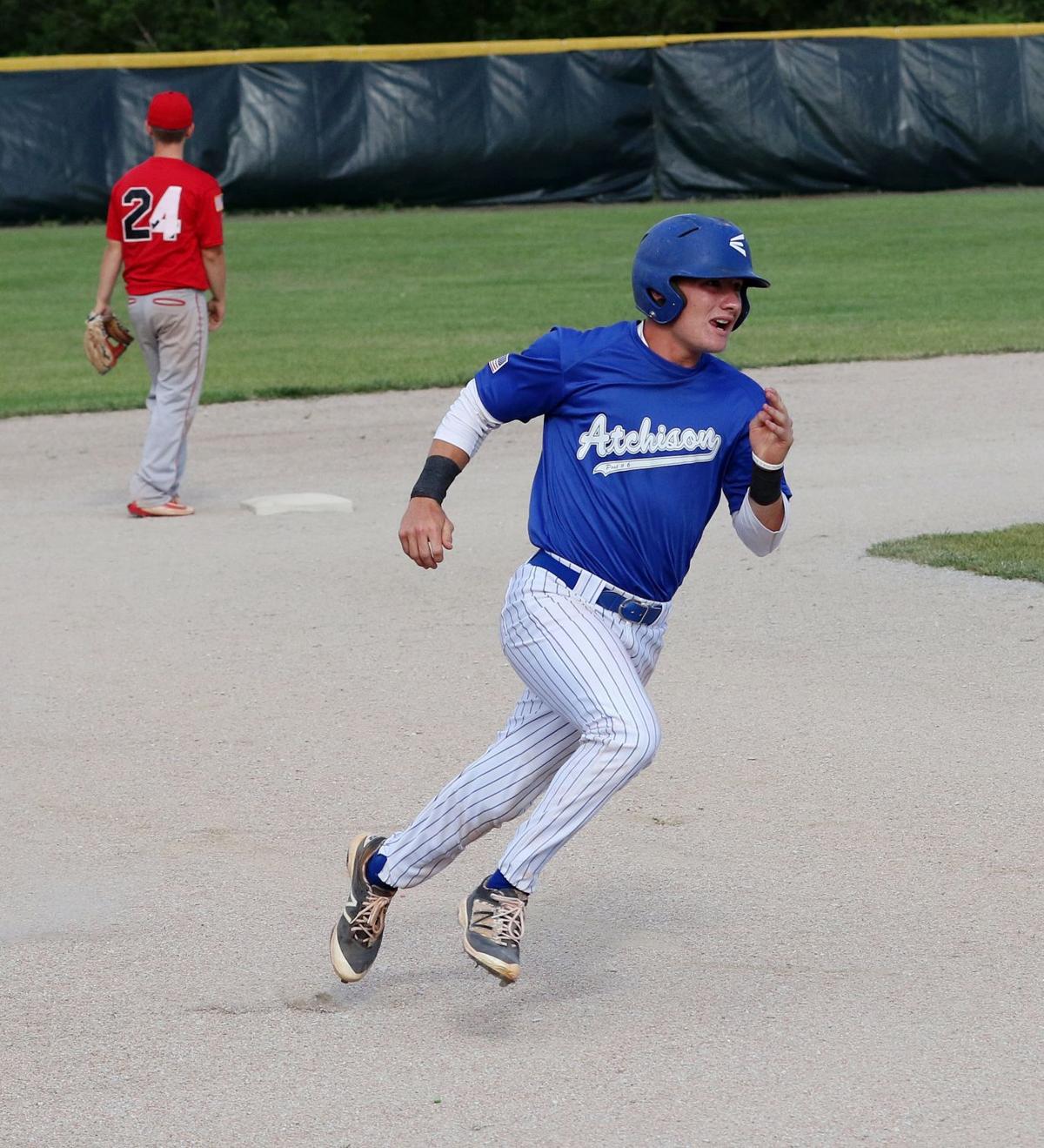 Adam Smith runs to third against Leavenworth on Friday night. 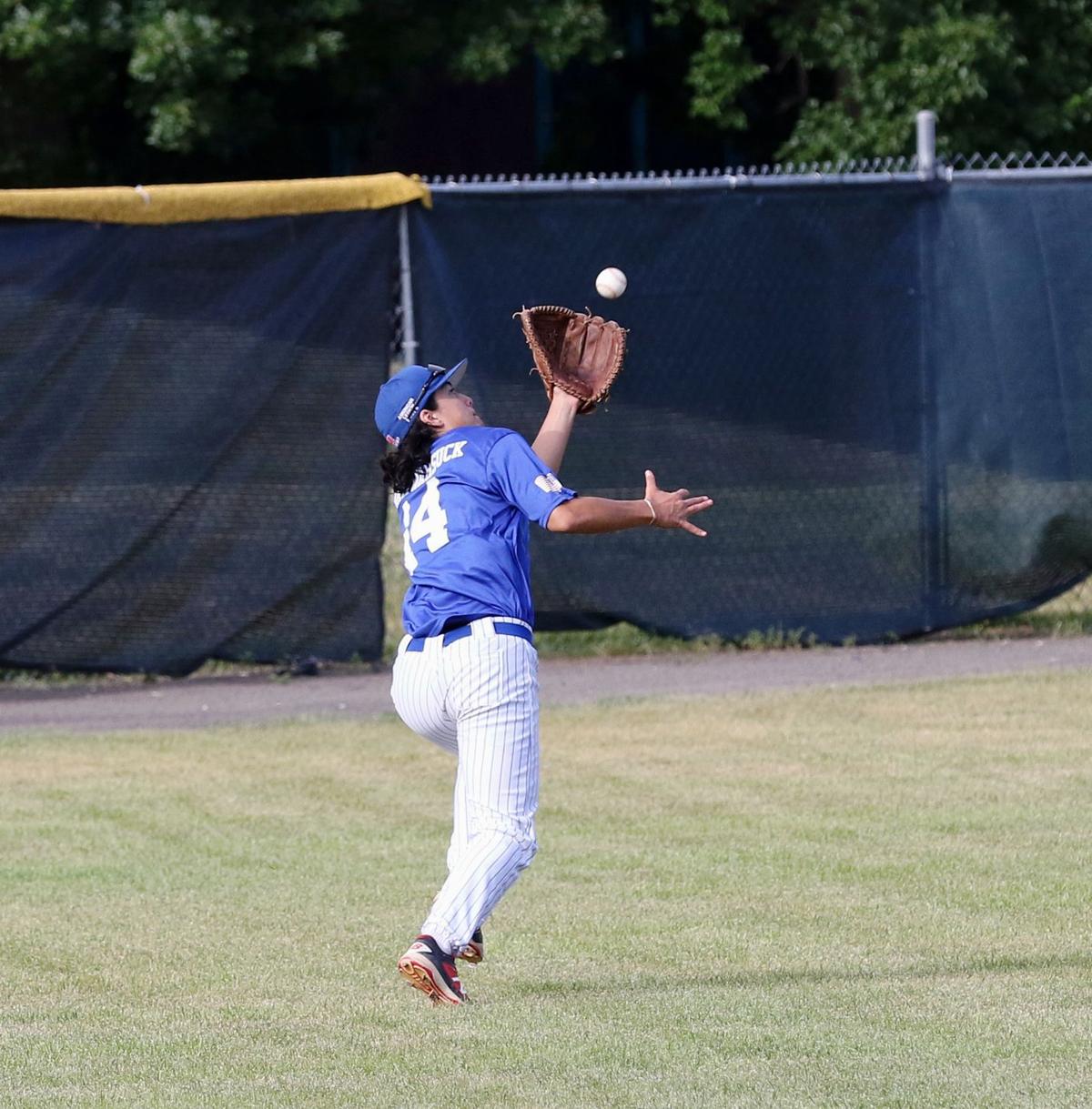 Logan Wahwahsuck tracks down a deep fly against Leavenworth on Friday. The A’s swept the doubleheader.

Noah Baniewicz knocks a base hit on Friday against Leavenworth. Baniewicz was the winning pitcher for Atchison in Game 1.

Adam Smith runs to third against Leavenworth on Friday night.

Logan Wahwahsuck tracks down a deep fly against Leavenworth on Friday. The A’s swept the doubleheader.

After taking care of Oskaloosa on the road on Wednesday, the A’s beat Leavenworth 8-0 in Game 1, then earned the sweep with an 11-6 Game 2 win.

Noah Baniewicz took the bump for Atchison in the opening game, pitching six innings of shutout baseball. He gave up two singles in the first inning, one in the second and one more in the third inning, then retired the final 10 Leavenworth batters of the game.

On the other end, the A’s put together enough offense to win by run rule in the sixth inning.

Atchison plated three in the first inning. Baniewicz reached on an error to lead off the A’s first, followed by Austin Bonnel, who was hit by a pitch. After a strikeout, Adam Smith was hit by another pitch to load the bases.

Hunter Wahwahsuck struck a big blow, scoring Baniewicz and Bonnel with a single. Logan Wahwahsuck followed suit, knocking in Smith with a single to give the A’s a 3-0 lead after one.

The score remained 3-0 after three innings, but Atchison plated one more in the fourth. Bonnel singled and came around to score later in the inning on an error.

In the fifth, Kevin Scott drew a walk after the first two batters recorded outs. Ayden Black singled to turn the lineup back over to Baniewicz, who drove in both runners with a single, giving Atchison a 6-0 lead.

Baniewicz and Hunter Wahwahsuck finished the game with two RBIs, each. Bonnel and Smith both scored two runs.

Baniewicz had six strikeouts in his six innings of work, and allowed just four hits and gave up zero walks.

Like Game 1, the A’s took a first-inning lead thanks to the Leavenworth pitcher struggling with his command.

Baniewicz and Bonnel walked and advanced on a wild pitch. Marcus Denton brought both runners home with a single and later scored on another wild pitch. Hunter Wahwahsuck drew a walk and scored on an error by the Leavenworth catcher to put the A’s in front 4-1 after one inning.

Leavenworth answered with two runs in the second to cut the lead to 4-3, then tied the game 4-4 in the top of the third.

Atchison answered with a run in the bottom of the third when Smith doubled and scored on a wild pitch.

The A’s lead grew to two in the fifth. Smith reached on a single, stole second and scored when Scott was hit by a pitch with the bases loaded.

The final nails in the coffin came in the sixth. Up 6-4 to begin the inning, the A’s plated five runs.

Bonnel and Denton were hit by pitches to begin the inning, then Smith and Wahwahsuck drew walks. After a strikeout, Scholz drew a walk and Scott was hit by a pitch again. A ground out by Colten Kocour brought in the fifth run of the inning to give Atchison an 11-4 lead.

Korrighan Liggett pitched the first three innings for the A’s. He was followed by Black for two innings, and Wahwahsuck pitched the final two frames.

The A’s have now won five of their last six games to improve their record to 10-8. They will play at 6 p.m. Tuesday, July 5 at Doniphan County.