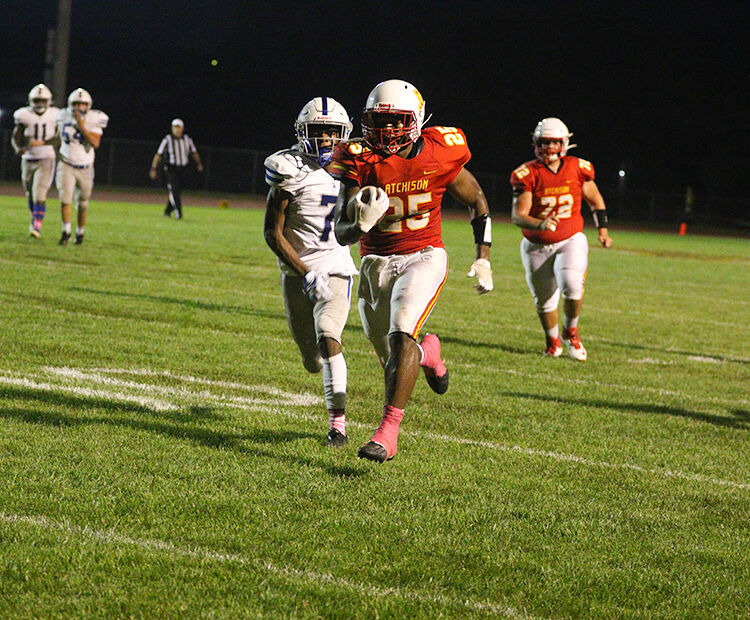 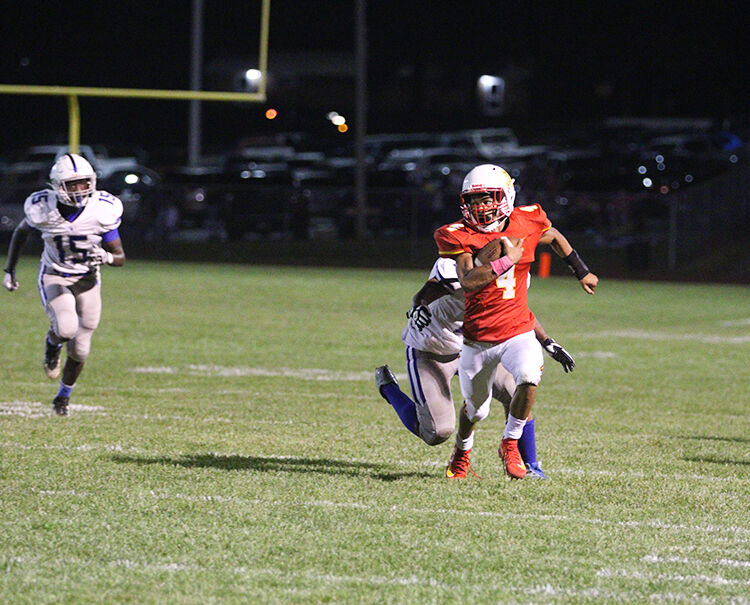 Atchison football improved its winning streak to five in a row with probably the biggest win of the season 35-14 over Sumner Academy Friday night at Amelia Earhart Stadium.

Head coach Jim Smith gave a ton of credit for the job his defense did on the night for shutting out a potentially explosive Sabres (4-2) offense in the second half.

“I couldn’t say enough good things about the defense,” Smith said. “We gave up a couple of big plays but we didn’t panic and the defense just played fantastic the way we were running to the ball.”

The Phoenix (5-1) scored 21 unanswered points to close out the win including senior receiver Dameon Owens returning the opening second-half kickoff for a touchdown to give them a 28-14 lead.

“That was kind of a backbreaker,” Smith said. “Coach (Pat) Battle had a good design for the kickoff return and the kids executed it beautifully.”

Smith also said his team’s hard work and hustle in practice are helping with their ability to close out games.

“We’ve been conditioning pretty hard and the kids seem like they are in good shape,” Smith said. “They work hard every day in practice and I think that has a lot to do with it.”

Junior running back Jesse Greenly continues to tear through defenses this season with 22 carries for 121 yards and four-touchdown performance.

Greenly now had a total of 1041 total yards and 21 touchdowns on offense for the season.

Greenly said the Phoenix offense as a whole feels confident in their ability to score at any time as long as they do their jobs.

“We believe we can score on every drive as long as we play as a team,” Greenly said.