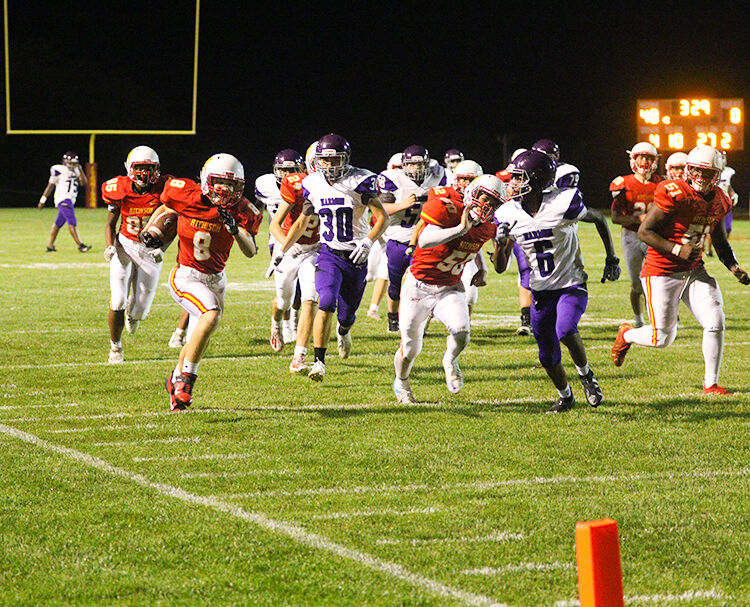 Atchison freshman Lance Norris returns a punt into the end zone for a touchdown late in the second quarter Friday night at Amelia Earhart Stadium. 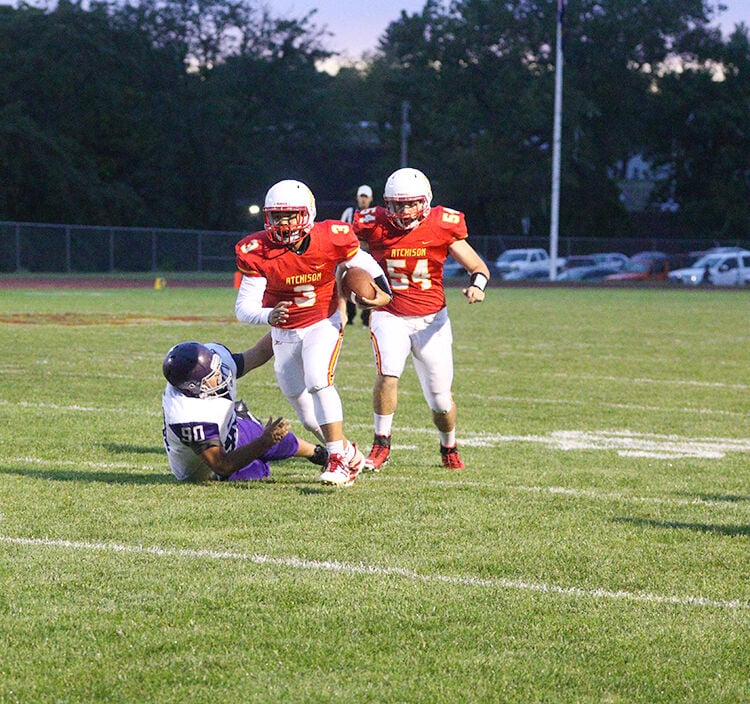 Atchison freshman Lance Norris returns a punt into the end zone for a touchdown late in the second quarter Friday night at Amelia Earhart Stadium.

Atchison High School notched its third victory in row after dropping the fist game of the season with an absolutely dominating 70-0 win over Harmon Friday night for Homecoming weekend.

The Phoenix first score came from a blocked punt which set the tone as they would go on to build a 55-0 lead going into the half.

Coach Jim Smith said he was pleased with how they were able to use and have success with first and team players all throughout the first half.

“We knew they (Hawks) were have some struggles and we did a good job of taking advantage of that,” Smith said. “We were mixing kids in that were first team and second team and they all knew their jobs.”

Junior running back Jesse Greenly added to standout season with 125 yards and three touchdowns. The junior now 625 yards and 12 scores on the season.

Atchison has now bounced back with three straight consecutive double-digit wins after losing to Lafayette.

Smith said he’s been impressed with how his team has been handling themselves in practice leading up to games.