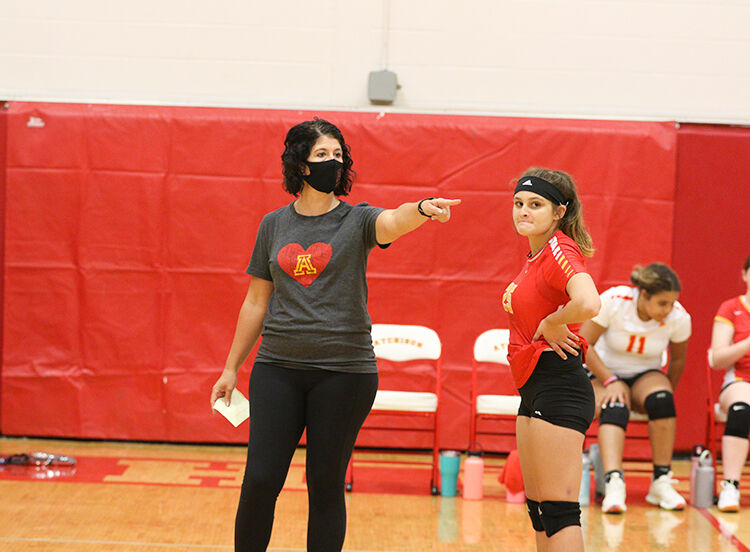 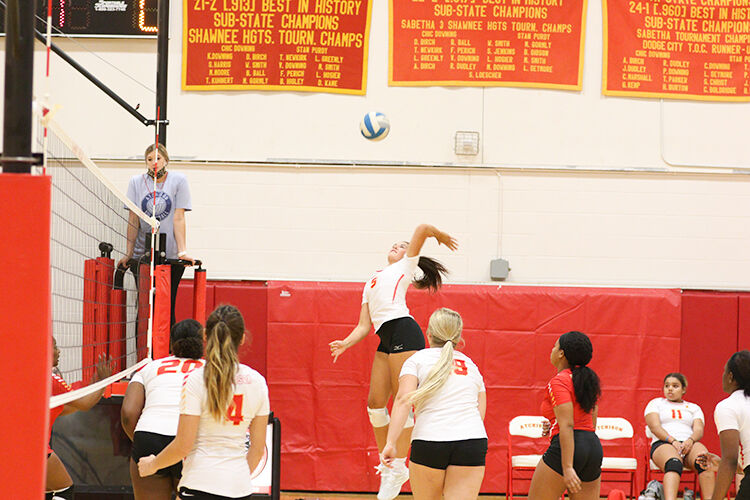 Atchison senior Katy Harris goes for a kill at the team’s Red/Gold scrimmage.

Atchison senior Katy Harris goes for a kill at the team’s Red/Gold scrimmage.

Atchison volleyball will not be lacking in senior leadership for the 2021 season.

The Phoenix has four seniors coming back who all have valuable experience in their career with the program.

Head coach Liz Harris is excited to have them back one last time after coaching them for pretty much their whole career.

“As a coach you love to see this many starters coming back for your team,” Harris said. “I’ve been coaching these four seniors since they were little girls.”

Harris said the four of them provide the type of strong leadership the phoenix needs this season with some younger players.

“It’s been a joy to watch them develop into the volleyball players they are,” Harris said. “They are a really strong senior class and have been positive leaders in practice.”

Katy Harris has played substantially since her freshman season and will be the leader on the offensive attack for the phoenix.

Bruce will be returning as the setter for Atchison and coach Harris anticipates passing to be one of the strengths for her club.

“Our passing will be a strength as well as our defense this season,” Harris said.

Coach Harris said they have several younger players on the team who are working hard and will be able to contribute during the season.

“We have a large of group of younger girls who have been coming in and working hard,” Harris said.