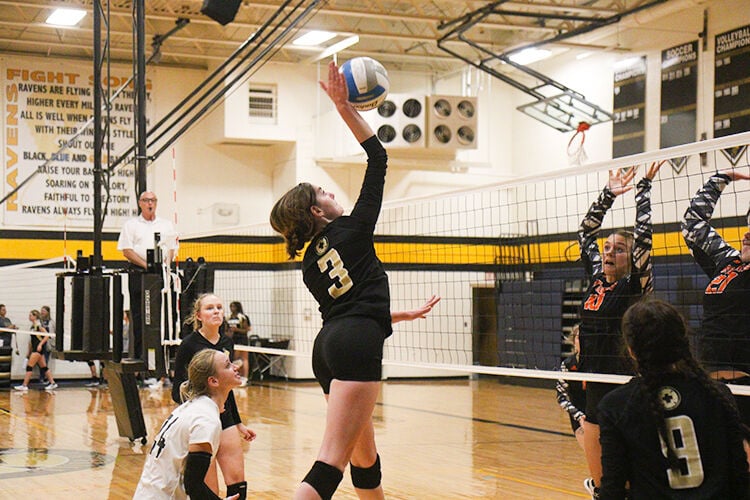 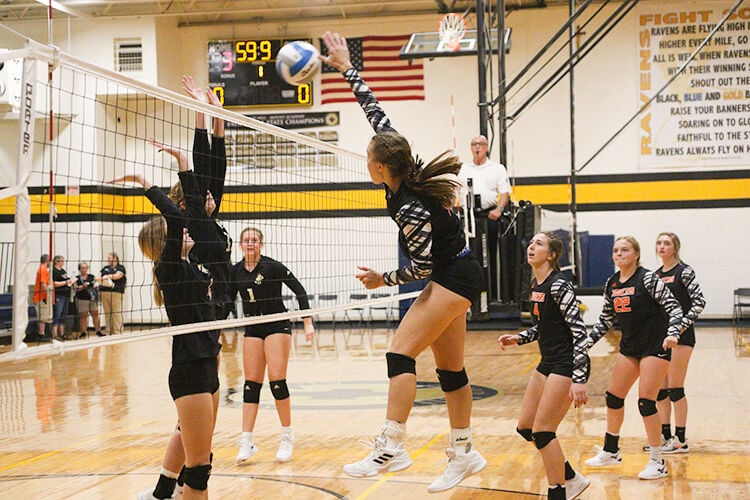 MHMA had previously lost to the Tigers 2-1 early on in the season in their first meeting.

Raven head coach Sara Noll said any league at this point of the season is crucial.

“It felt good to get it back against them and we’re going to take as many league wins as we can get,” Noll said.

MHMA won the first set 25-18 but started the second set slow and fell behind 12-6 before fighting back for a thrilling 28-26 win.

Noll said she was impressed with how her team showed the ability to fight back in the second set and frustrated the effort was needed as well.

“I was really happy how they did fight back and were able to finish that one,” Noll said. “I wished we wouldn’t have dug ourselves a hole at the beginning to need it, but it’s good that we can learn how to play those tight games and get figured that out.”

Noll said her team’s defense has made significant strides and has developed into the strength of the team.

“I feel really good about how we’re progressing defensively, and we still have a lot of room to grow offensively and be more efficient in the front row,” Noll said. “Defensively we’ve come a long way, and that’ll continue to be one of our strengths.”

Both the Ravens and Tigers lost their other matchup with Jackson Heights on the night.

ACCHS head coach Katie Wilburn was pleased how her team started the second set strong when considering the issues they’ve had falling behind in previous sets.

“They fought really hard, and something we’ve been struggling with is getting in a hole early,” Wilburn said. “They worked hard in the second set, and hopefully things turn out better next time. Communication is a huge thing we’re still working on and staying behind the ball and just being more aggressive.”