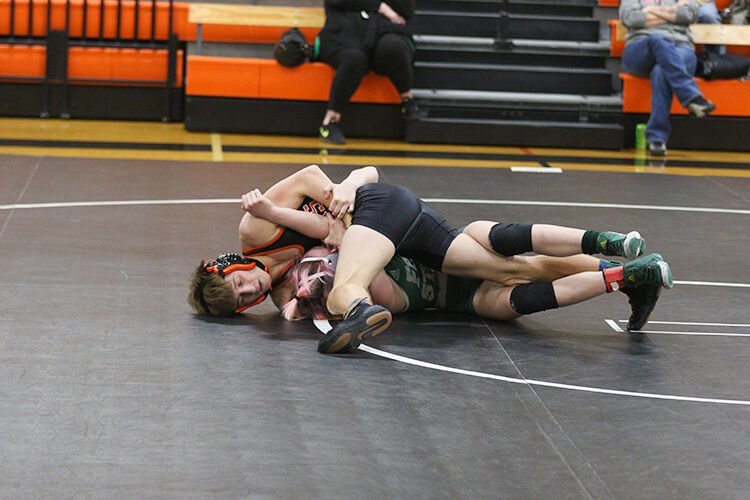 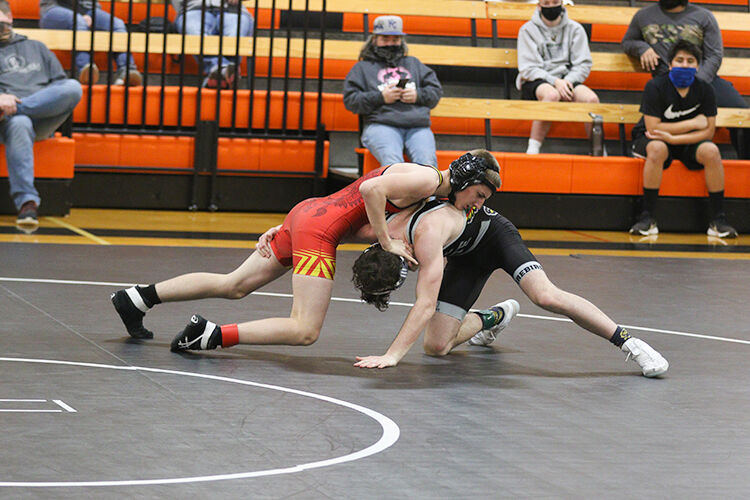 Atchison’s Archer Willis pushes his Lawrence Free State to the mat in Effingham. 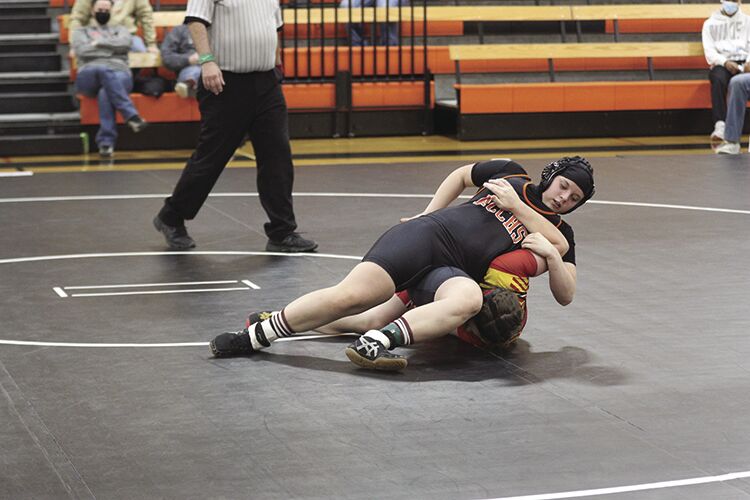 Atchison’s Archer Willis pushes his Lawrence Free State to the mat in Effingham.

All three of the local Atchison high schools will be sending competitors to regionals with Atchison County Community High School leading the way with eleven.

Atchison had eight wrestlers place and advance while Maur Hill-Mount Academy had two move on to regionals.

ACCHS’s Mason Scholz and Bricen Lee both won their weight class with Scholz at 132 and Lee at 152. Scholz was also named Outstanding Wrestler Award.

Three girls in the Tiger program will also be making the trip to regionals with Tannah Forbes taking first at 191, Hannah Simmer getting second at 155 and Kayla Brown finished third at 138.

Coach Cody Kramer said his team did a good job of bouncing back after a slow start to the day.

“It was a good day for our program,” Kramer said. “The day started rough with one of our wrestlers not making weight and had a few tough losses in the early rounds, but our guys bounced back well and wrestled well on the back side.”

Coach Ed Crouse had praise for all those wrestlers who qualified.

“Archer wrestled very well. He had a great semifinal round then proved he can wrestle with the best in the state in the finals,” Crouse said. “Jake’s weight class was extremely good. He too proved he belonged. Ethan and Nate had rough first rounds, but came back and wrestled much better on the backside. Nick has been steadily learning and improving while John is one of the best first year wrestlers I have ever coached.”

Kate Servaes made it with fourth place finish at 132 and Carissa Smith finished at second in the 170 class.

The Ravens had some issues with injuries and Covid and only took five competitors to districts.

“Next week will be tough but I’m confident both those boys can find another level of wrestling to make it to Substate,” MHMA coach Craig Handke said.

Atchison boys will be competing at Rossville High School Friday while ACCHS and MHMA boys will compete at Jefferson West High School.

Both Atchison and ACCHS girls will compete at Rossville High School Saturday.