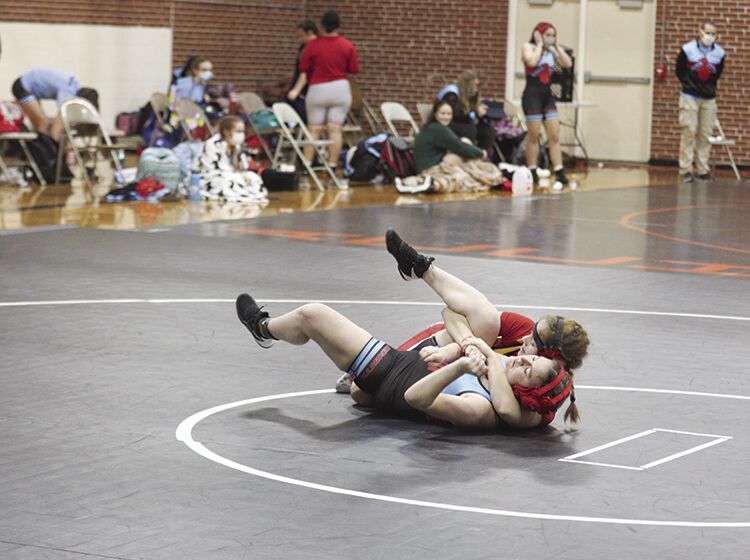 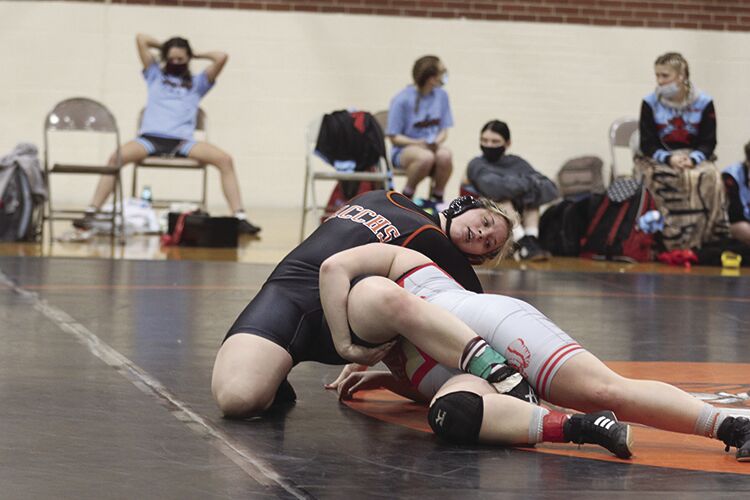 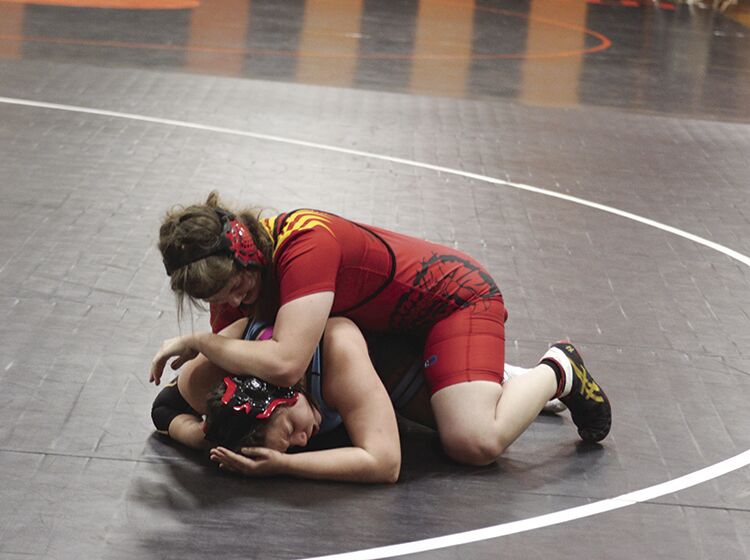 For the second straight year, Atchison County Community High School to help showcase how much girls wrestling continues to grow at their home tournament.

“Having the surrounding area be able to watch girls wrestling and see how it’s grown is nice,” Cody Kramer said.

Atchison was one of the eleven teams in attendance at the event with both Katelyn Servaes and Carissa Smith both performing pretty well.

“I was impressed with her (Servaes) conditioning and her hard work in practice has really been paying off,” Coach Nic Stillwell said. “She had to fight off her back a couple times and showed her grit and determination.”

Both wrestlers had to fight through some early adversity in their matches.

“She also had some scary situations early in matches and it almost looked like she got stronger as the matches went on,” Stillwell said. “They both wrestled really hard today and I’m proud of them both.”

The Tigers didn’t have as much success on the mat Saturday.

No. 2 ranked Tannah Forbes at the 191 weight class went 0-2 against two really tough opponents including Holly Colvert who is ranked No. 1 at 191 class. Forbes will see her again down the line.

Michela Brown went 0-2 on the day and Hannah Simmers was able to place second thanks to a win by fall in her first match.

Kramer was positive about just getting his girls some more matches leading up to when it’ll matter the most in the postseason.

“It’s good to get matches for these girls who really haven’t been able to wrestle all that much this year because of cancellations and Covid,” Kramer said. “Especially right before the postseason against girls who they’ll see.”