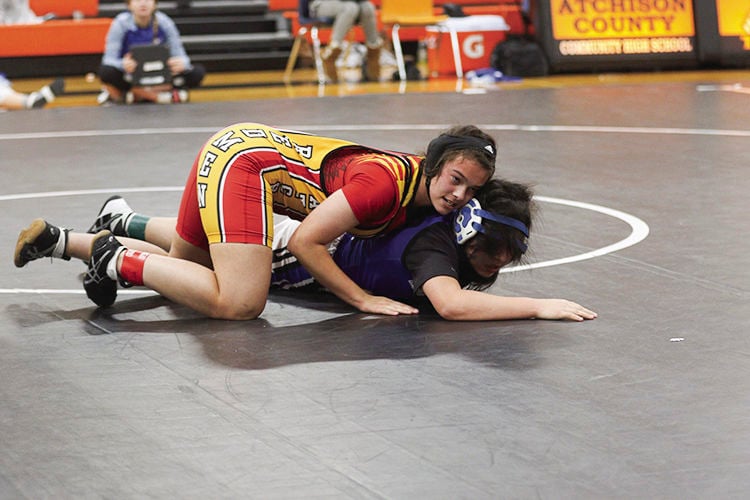 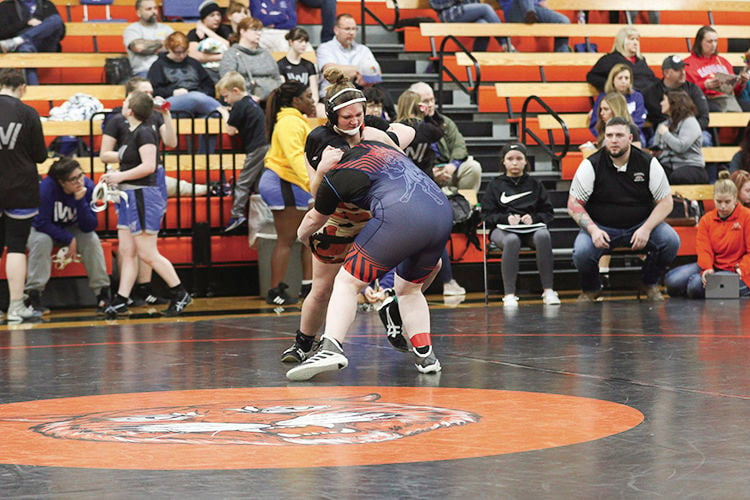 The school hosted its first ever all girls wrestling tournament with 11 teams and more than one hundred competitors in attendance.

The event pretty much filled the gym with plenty of people on hand to watch the momentous day.

Washburn Rural and Gardner-Edgerton led the way with 61 wrestlers between both schools competing in the event.

“I thought the turnout was great and I thought the wrestling was really good,” ACCHS Coach Cody Kramer said. “Being a small school and wrestling against 5 and 6 A schools was just a good opportunity for us,”

Iliana Wurzbacher became the first girl wrestler to place at a tournament for Atchison.

Atchison wrestling coach Ed Crouse highlighted the support the girls received on the day, specifically with wrestlers from the boys side.

“Effingham did a great job of putting on a good tournament,” Crouse said. “It was fun to see a lot of the local guys showing up to support our girls.”

Crouse said the event had a unique atmosphere with the girls knowing that there was much more to this tournament than than just winning.

“It’s kind of a different atmosphere because these girls were all here supporting each other,” Crouse said. “They had the mindset of not just competing against each other, but also growing the sport.”

ACCHS assistant and girls coach Chase Madden said witnessing and being a part of the event did fill him with emotion.

“It gives me goosebumps,” Madden said. “To see a girls wrestling tournament here puts a lot of pride in my heart.”

The sport has just continued to grow in the last couple years and Kramer said he doesn’t see it stopping.

“Girls wrestling is just going to keep growing,” Kramer said. “To see this kind of turnout was just really awesome and exciting.”