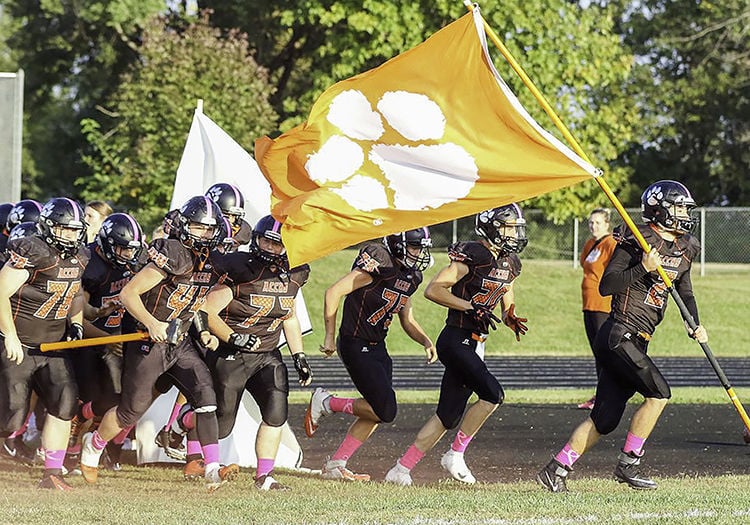 The Atchison County Community High School Tigers take the field during a home game in the 2018 football season. Recent action by the USD 377 Board of Education has ensured the field will be ready for the coming season. 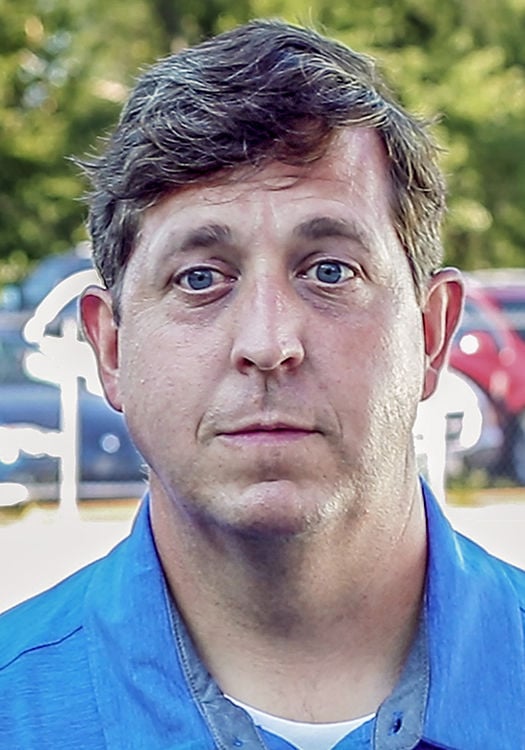 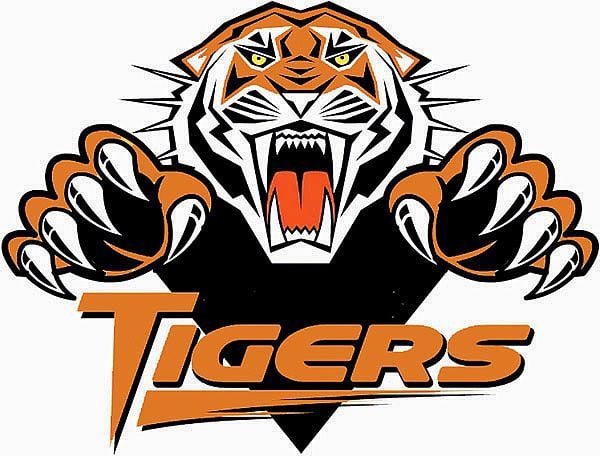 The football season will go on as scheduled after USD 377 Board of Education members approved a rather costly expenditure as part of their regular business this past week.

Heavy rainfall amounts are blamed for some problems that have arisen on the sports fields this summer. Board members convened Aug. 13 and approved the purchase of a 1HP system booster pump and controls for $3,363 to repair the irrigation system that has not been functioning at the football field near Atchison County Community Junior Senior High School.

Additionally board members approved a $1,977.50 proposal to condition the field in post-season before the snow flies. Urban Lawncare submitted the approved bids. It’s anticipated, the irrigation system work will be complete for use as needed as soon as possible. After the football season is over, Urban will spray the field for broadleaf weeds, aerate the field, apply fertilizer and drill set the grass seed.

Before the regular meeting commenced, Superintendent Andrew Gaddis told board members during a scheduled public hearing on the 2019-20 budget that the a portion of the capital outlay budget will be needed to grade the north side of the parking adjacent to ACCJHS lot due to issues caused by the rain.

Gaddis estimated the work will cost thousands of dollars to correct the grade and level the ripples. Earlier in the summer the ball fields at the sports complex were in need of repairs and restoration that was also caused by the rains – Martin Construction provided material and completed the repair work.

Maintenance Director Ernie Bautista reported that in recent days grass appeared to be saturated in a grassy area in the Atchison County Community Elementary School. A camera was run through the lines. It detected one of the clay tiles had shifted and another had “bellied” out. It will be something to fix, but for now he will be monitoring it, Bautista said.

Concerning other matters, board members:

Heard a report from ACCES Principal Mandi McMillan about implementation of a school house model at the elementary school for all first-through sixth-grade pupils. Ten to 12 pupils will comprise each of the house groups. All pupils will maintain membership in the same house grouping throughout their school years at ACCES.

Heard a report from Athletic Director Cy Wallisch, ACCHJS assistant principal, about the upcoming fall sports season. Scrimmages will be Thursday Aug. 29. The inaugural football Jamboree featuring the ACCHS, Atchison High School and Maur Hill-Mount Academy will be at 5:30 p.m. Friday, Aug. 30 on the O’Malley Field at the Larry Wilcox Stadium, located on Benedictine College Campus.

All ACCHSJS coaches have been advised that each team and activity are responsible for their own fundraising, Wallisch said.

Accepted a Safe and Secure Schools grant award from the Kansas State Department of Education in the amount of $9,293. The district is required to match the $9,293 state funding dollar for dollar.

Heard from fellow Board Member Greg Smith that Atchison County Community Schools Education Foundation Board members plan to be present at the Jackson Heights varsity football game at 7 p.m. Friday, Sept. 13 for the induction of John Flores into the district’s coaching hall of fame, and the annual Pink Out volleyball game.

Unanimously approved an amendment to allow Keystone employees exclusively assigned to USD 377 access to the fitness room free of charge.

Recessed from public meeting and convened in executive session for 10 minutes to discuss a matter of non-elected personnel. After public session resumed, board members unanimously voted to amend Gaddis’ contract to give the school vacation and holiday breaks off as presented on the school calendar.

Adjusted the salary for Deb Schneider as an ACCJSHS cook.

Board members present for the meeting were President Nancy Keith, Vice-president Barb Chapman, Smith, Kelli Bottorff, Lori Lanter and Lori Jones. Board member Corey Neill was absent from the meeting.

Mary Meyers can be reached via mary.meyers@atchisonglobenow.com or @MaryMeyers_globe on Twitter.