Sign Up
Log In
Purchase a Subscription
You are the owner of this article.
Edit Article Add New Article
e-Edition
News
Sports
Obituaries
Schools
Voices
Community and Lifestyles
Special Sections
Multimedia
Classifieds
1 of 4

One of the first 42-passenger buses purchased in 1937 to transport students to Atchison County Community High School. 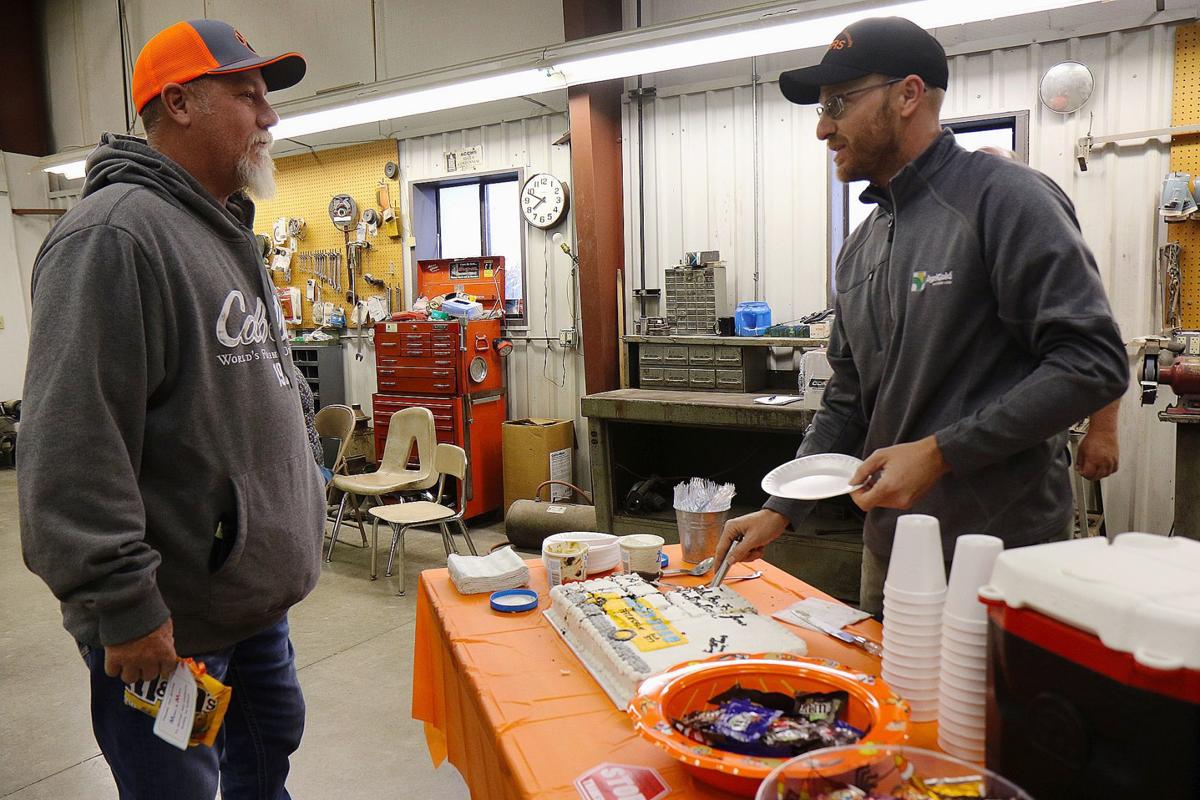 Greg Elkins, a recently hired bus driver, left, chats with School Board Member Corey Neill as he serves up some cake during a special reception of USD 377 school bus drivers in the bus barn in Effingham. 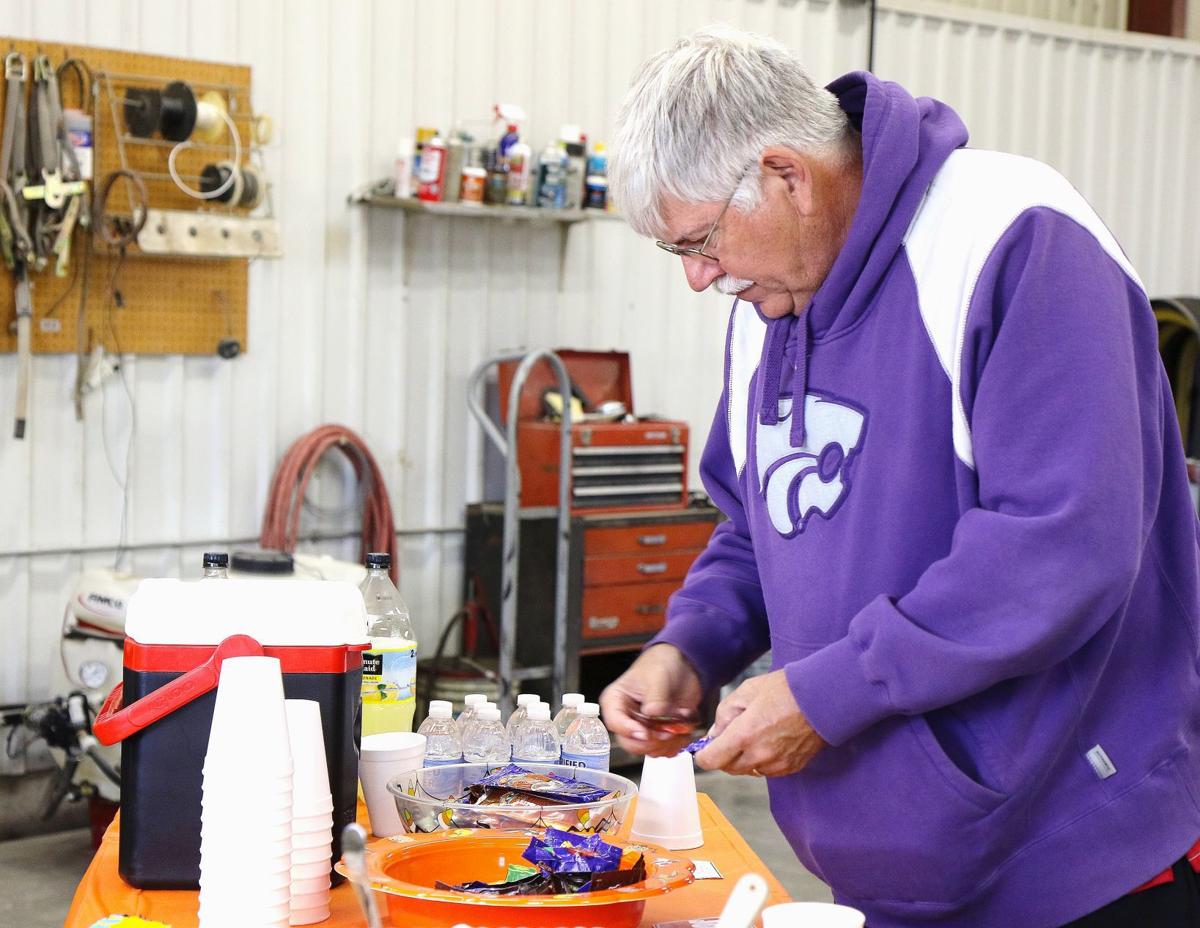 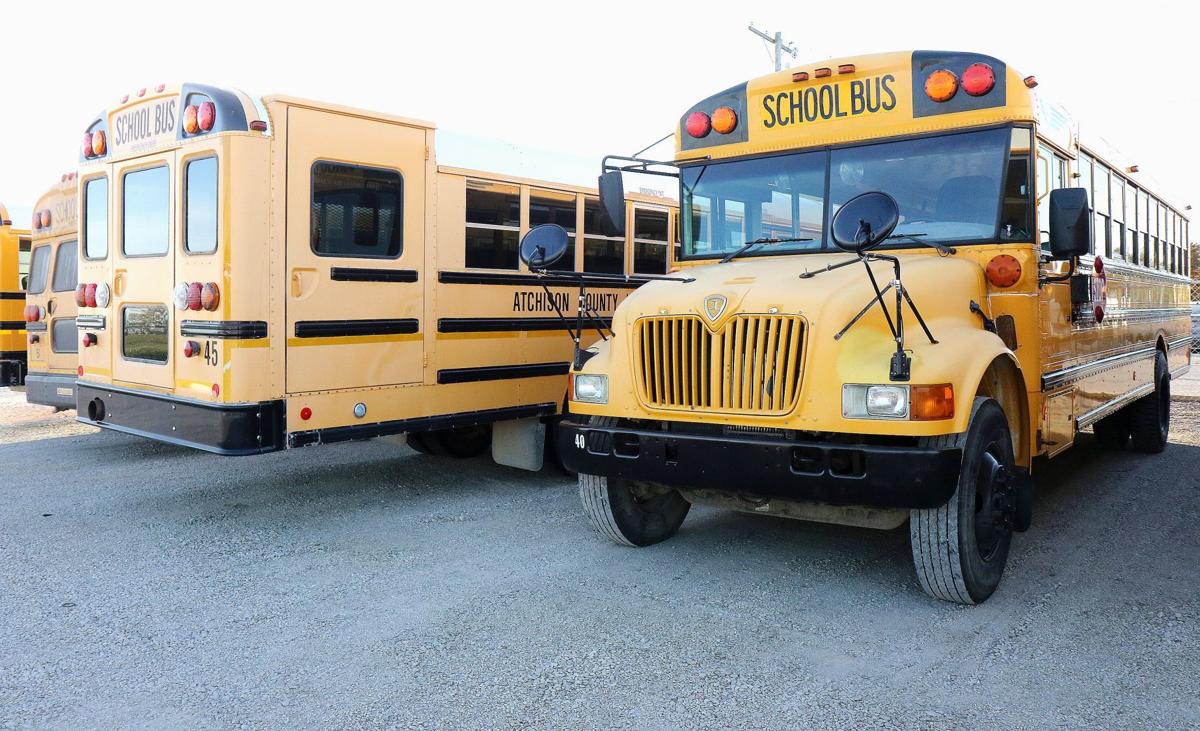 The USD 377 buses parked in the lot at Effingham.

One of the first 42-passenger buses purchased in 1937 to transport students to Atchison County Community High School.

Greg Elkins, a recently hired bus driver, left, chats with School Board Member Corey Neill as he serves up some cake during a special reception of USD 377 school bus drivers in the bus barn in Effingham.

The USD 377 buses parked in the lot at Effingham.

After 81 years in time USD 377 bus drivers roll out in the pre-dawn twilight each day to start their trek during the school week to transport youngsters along the 11 bus routes throughout the district boundaries.

The district stretches across the whole county to the boundaries of six other districts that includes USD 409 in Atchison County as well as five other districts in neighboring Jackson, Jefferson, Leavenworth, Brown and Doniphan counties. Atchison County Community Schools’ bus drivers transport students over the most miles of any district throughout Kansas said Director Dwight Myer, of 377’s transportation department.

Myer and district leaders were on hand to host a reception Wednesday, Oct. 24 to honor the drivers on Kansas School Bus Driver Appreciation Day in the bus barn. Drivers were treated with cake, ice cream and candy.

Myer said of these nine men and nine women 13 comprise full-time driver positions. In addition to several part-time drivers there are seven substitute drivers. All drivers have met the requirements, passed the background checks and physicals, safety and CPR trainings to obtain their commercial driver’s licenses and more to meet eligibility standards to haul the 600 children enrolled in the county schools.

Of all the drivers, Mary Olmstead steers in with 23 consecutive years at the wheel, the most of the current drivers.

From the Aug. 1 to Oct. 5 the drivers have logged in a total of $54,296 miles on their buses for the first quarter of the current schoolyear.

Wessell was presented with a plateful of cookies from one of his pre-school passengers as a show of appreciation for his school transport efforts.

In addition to the daily traditional school routes, the district runs three athletic routes after practices in the evening and one to Highland Community College Technical Center, Myer said. Other routes include different transports in smaller, multiple passenger vehicles like a suburban and a van to special events and for special services to centers in Jefferson County. In addition to the large 54-passenger buses that range from the oldest 2008 model buses to the two 2018 models – the most recent acquisitions, the district’s transportation fleet also includes two cars.

The buses depart about 6:15 a.m. and return about 7:40 a.m. from their first daily round. Then the drivers line-up to hit the road about 3:15 p.m. for youngsters to load up after classes dismiss. The drivers roll in after regular drop-off routes about 4:50 p.m. to end their day.

The county high school history indicates the first four buses were purchased in 1937. Each had a capacity to accommodate 42 passengers.

Myers said unlike many other school districts 377 continues to manage its own bus service and hire familiar drivers known by patrons.

Mary Meyers can be reached at mary.meyers@npgco.com.

We offer calculated visibility for the design and development of technology platforms through ourintensive research-based approach, consistency in performance, and adept decision-making caliber.digital marketing services in malaysiasearch engine optimization services in malaysia