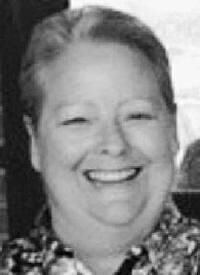 Private family interment will be in Mt. Vernon Cemetery. Cremation care has been entrusted to the Arensberg-Pruett Funeral Home. Memorial contributions are suggested to Polycystic Kidney Foundation or AHS Campus Cupboard and may be left in care of the funeral home.

Karin was born on Dec. 24, 1962, in Atchison, the daughter of John S. and JoAnne C. (LaCombe) May. She attended Martin East and Martin West grade schools and graduated from Atchison High School in 1981. She attended Kansas State University and graduated with a Bachelors Degree in Education. She later earned her Paralegal Certificate from Johnson County Community College.

She and Steve Walz were united in marriage on August 16, 1986, in Atchison.

Karin moved back to Atchison in 1991, and began her employment at Martin West Grade School and worked as a paralegal in Kansas City for one year. She took a few years away from working as she began her family and later worked for Atchison Catholic Elementary School as a teacher and librarian until her retirement in 2009.

She is survived by her husband, Steve Walz, of the couples home in Atchison; and her daughter, Elizabeth Walz, Hoyt, Kansas.

She was preceded in death by her parents and two sisters, Kristina Paquette, Kamille May. As published in the Atchison Globe.