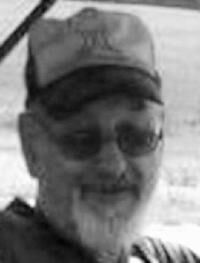 CUMMINGS, Kan. Ronald Dean Ronnie Myers, age 80, of Cummings, Kansas, died Monday, Nov. 9, 2020, on his 58th wedding anniversary, with his wife at his side at Mosaic Life Care.

He graduated from Bendena High School in 1958.

He and Janet Navinskey were united in marriage on Nov. 9, 1962, in Leavenworth, Kansas.

He proudly served his country in the United States Army from 1958 until his honorable discharge, in 1961.

He was a member of the Fleming-Jackson-Seever Post #6 of the American Legion and a life member of the V.F.W. Post #1175, both in Atchison.

Ronnie was employed at Blish Mize and retired as a welder at WeMac Manufacturing in 2001.

He had many hobbies and talents including: woodcrafts, craft shows, fishing, hunting, mushroom hunting and going to the casino; but he especially loved his grandchildren and great grandchildren.

Ronnie was preceded in death by: his parents; grandparents; two brothers, Robert and Darrel Myers; and his sister, Evelyn Berry.

Private family services will be held.

Cremation care has been entrusted to the Arensberg-Pruett Funeral Home.

A register book will be available at the funeral home until Saturday, Nov. 14.

Memorial contributions are suggested to St. Benedict Parish and may be left in care of the funeral home.

Online condolences and memories of Ronnie may be shared at www.arensbergpruett.com. As published in the Atchison Globe.