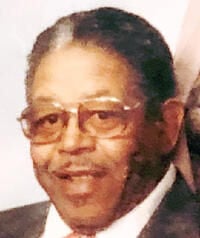 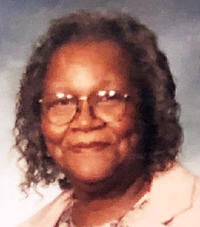 Dorothy was born Sept. 25, 1931, in Atchison, the daughter of James Oliver Burton, Sr. and Mildred Brown.

She attended Lincoln School in Atchison.

He attended Lincoln School and then joined the United States Army, to serve in World War II.

He then returned home to marry the love of his life, Dorothy Burton and just celebrated their 74th wedding anniversary on May 3, 2021.

Their marriage was truly a testament of love, commitment and caring lead by faith. From this marriage, they were blessed with five children.

Bill began his employment for Coopers Foundry, was a mechanic for Red-E-Mix Concrete and was a supervisor for the City of Atchison Parks and Recreation, until he retired in 1987.

Dorothy worked many years for the John Adair Sr. family, developing a close and lasting relationship with the Adair children.

After retiring, Dorothy became a homemaker. She enjoyed cooking and carrying for her children and grandchildren. She loved her family dearly and enjoyed being a foster parent.

They were members of Shiloh Baptist Church, formerly Zion Baptist Church. Dorothy was an active and faithful member of the church. She served on the Usher board, kitchen committee and sang in the church choir. Bill held many positions in the church, including deacon and musician. He loved to play harmonica and was requested to play on various church programs.

Dorothy believed and lived her life putting God first, family second and herself last. She was also willing to help anyone who needed it.

Additionally, Bill is survived by his sister, Arthene Hunter, Atchison.

Private Family Graveside Services will be on Wednesday, Aug. 18, 2021, at Leavenworth National Cemetery.

Friends may call on Tuesday, Aug. 17, at the Arensberg-Pruett Funeral Home, to sign the register book.

Memorial contributions are suggested to Shiloh Baptist Church and cards and condolences may be left in care of Arensberg-Pruett Funeral Home, with whom care has been entrusted. As published in the Atchison Globe.

To plant a tree in memory of William Dudley as a living tribute, please visit Tribute Store.

wonderful people! I have known them all of my life. I know they will rest in the hands of GOD for eternity

I will always remember Bill for his welcoming smile and upbeat attitude.