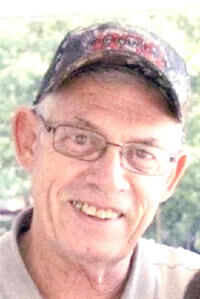 Patrick Daniel Carrigan, 76, of Atchison, died peacefully on Jan. 4, 2022, at The Heritage of Overland Park surrounded by his family.

Pat was born Nov. 26, 1945, in Atchison, to Joe and Rosemary (Intfen) Carrigan. He graduated from Maur Hill Prep in 1963. While in high school, he was a three-sport athlete, excelling in football, basketball and baseball. In his senior year, pitcher Satchel Paige visited Atchison for an exhibition, during which Pat hit a home run off of the legendary pitcher.

He then attended Benedictine College, where he was an English major and played baseball for the Ravens. In his second season with the Ravens, he went 11-for-11 in a final road trip, setting the colleges record for the highest single season batting average. He was invited to join the Cleveland Indians, but fell ill and left school to recover. While out of school, he was drafted into the US Army in 1967, to serve in Vietnam.

After basic training at Fort Leonard Wood, Missouri, Pat was deployed to Vietnam, where he was a member of the 25th Infantry, 4th Cavalry, 3rd Squadron Troop D. As part of the Mobile Air Infantry, he was a member of the Flying Centaurs and had his own individual callsign, Centaur 33. During his tour of duty, he survived three helicopter crash landings. He was recognized with the Bronze Star with V device for valor. The commendation read that after this squads aircraft was disabled and several casualties sustained, he immediately took command of the situation and organized his men into a defensive position. With complete disregard for his own safety, Sergeant Carrigan exposed himself to intense hostile fire while moving along the line checking his men and directing their fire. When the dust-off ship arrived, Sergeant Carrigan assisted in loading the wounded despite still intense enemy fire. Shortly after that, his time in Vietnam ended when he was wounded in combat with less than a week remaining in his tour. He received the Purple Heart and was honorably discharged in 1969, at the rank of Sergeant.

After several surgeries and time for recovery, he returned home. On Oct. 11, 1969, he married his fiance;e, Kathryn Seuferling, when they were united in Holy Matrimony at the Queen of the Holy Rosary Church in Wea, Kansas. They settled in his hometown of Atchison and raised three children: Dan, Tim and Cindy. As a devoted husband and father, he dedicated his life to his family, faith and community. With a love for gardening, he tilled and planted an ever-increasing portion of his backyard with a wide variety of fruits and vegetables. As an avid outdoorsman, he was rarely known to miss a pheasant, quail or duck on the wing and his fishing expertise was matched by few.

Pat was co-founder, co-owner, and president of Carrigan Lumber in Atchison throughout his professional life. He was a member of St. Benedict Parish and a Third Degree Knight with the Knights of Columbus. He was an active community member, always giving of himself to serve others. He was a member of the VFW, the American Legion, Ducks Unlimited, and the Elks Club. He served on the Bellevue Country Club Board of Directors, the Maur Hill Preparatory Board of Directors, and was Co-Chairman of the International Forest of Friendship in Atchison. At a time when no high schools in Atchison County fielded baseball teams, Pat kept the sport alive for area youths for over 10 years, as director of the American Legion Atchison As baseball program.

In retirement, he settled into his role as Papa Pat to nine grandchildren, attending birthdays and ballgames, First Communions and graduations. With them, he found a new generation that he could delight in and again pass on his love of the outdoors, whether it was at the pond at home or down at the lake. Pat also regularly joined a group of old buddies who formed a lunch club, where familiar stories could be heard and told. He enjoyed Royals baseball, KU Basketball, making trips to the local casinos and Las Vegas and playing cards.

A Rosary will be prayed on Tuesday, at 10 a.m., followed by visitation with the family at the church.

Memorial contributions are suggested to St. Benedict Parish, St. Benedict Catholic School, Maur Hill-Mount Academy, St. Benedicts Abbey or Mount St. Scholastica and may be left in care of Arensberg-Pruett Funeral Home, with whom cremation care has been entrusted. As published in the Atchison Globe.

To plant a tree in memory of Patrick Carrigan as a living tribute, please visit Tribute Store.