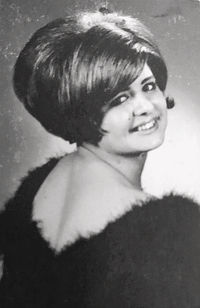 Judy was born on Oct. 29, 1952, in Walla Walla, Washington, the daughter of Clifford and Elma (Hazelton) Howard.

Judy embraced her duties as a mother and wife the first 15 years of her marriage and nothing else was more important to her. Until her last breath, she always put her children and husband first.

She grew her family beyond her own children by always welcoming every person into her home and never letting them leave hungry. She became known to many as Mama Judy.

Christmas was her favorite; she had every room decorated and dinner was just as fancy as it was delicious. She was known for many famous dishes, but peach pie may have been at the top of her list.

She always said her greatest accomplishments were her children, and her grandchildren were an added bonus that were her entire world. Her children and husband will remember her as the strongest, most tender hearted woman.

John survives of the home.

Her parents preceded her in death.

Per Judys wishes, no services will be held.

A celebration of life will be held in her honor in Summer of 2020.

Judy was cremated under the care and direction of the Arensberg-Pruett Funeral Home.

Memorial contributions are recommended to: St. Jude Childrens Hospital, and may be left in care of the funeral home.

Online condolences, and memories of Judy, may be shared at www.arensbergpruett.com. As published in the Atchison Globe.