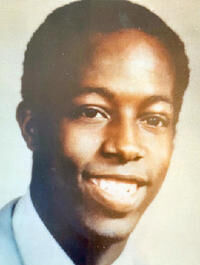 Gary was born on Dec. 1, 1951, in Atchison, the son of Paul Bratton and Winifred (Green) Bratton.

He went to Parsons, Kansas and Topeka, Kansas for vocational work training.

He began his employment at Jacks Cafe; for a few years, until he began at Atchison Castings, now Bradken, on Sept. 9, 1974, and was a diligent worker in the Custodial Department for 43 years, until his retirement.

He was a faithful member of New Life Assembly of God Church and served as a Sunday School Teacher.

Gary was well known for his genuine kindness to others and his drawings that he shared with so many. He gave so much and asked for so little. Every woman was the most beautiful and every relative was his favorite.

Gary was a fixture at Project Concern, helping out whenever and wherever needed, he could often be seen delivering meals on wheels or just helping out around the building.

He is preceded in death by his parents and two brothers, Clifford Bratton and Paul Bratton.

Memorial contributions are suggested to New Life Assembly of God Church and may be left in care of Arensberg-Pruett Funeral Home, with whom care has been entrusted. As published in the Atchison Globe.

To plant a tree in memory of Gary Bratton as a living tribute, please visit Tribute Store.

may he rest in peace.