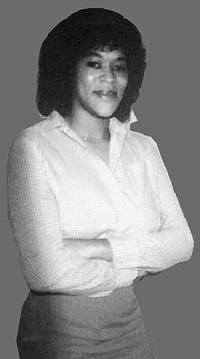 Princess and her twin brother, Patrick Joseph, who died at 4 months, were born Jan. 7, 1959, in Atchison, Kansas, to Frank and Elizabeth Anthony.

Princess earned an associates degree in accounting while employed in the Agronomy Office, secretary, at the University of Nebraska, Lincoln, Nebraska. Later, she was employed in the office of Nebraskas attorney general in the mid 80s.

Princess enjoyed cooking, hunting mushrooms, cars and all types of music. She was especially fond of seafood, enjoyed giving and visiting the casino, but most of all she loved her two daughters, Isis and Alexis, and their family dog, KiYah.

Princess united with South Side Christian Church while in the Kansas City area. She was the church pianist and was pleased to re-establish relationship with Pastor Donald Ellis Sr., who baptized her previously, and his family.

In compliance with the CDC, regarding their intent to protect the health and safety of the general public, a public celebration of her life will be scheduled at a later date.

Princess family sincerely thanks everyone for the great outpouring of love, kindness and support.

Arensberg-Pruett Funeral Home will be in charge. As published in the Atchison Globe.