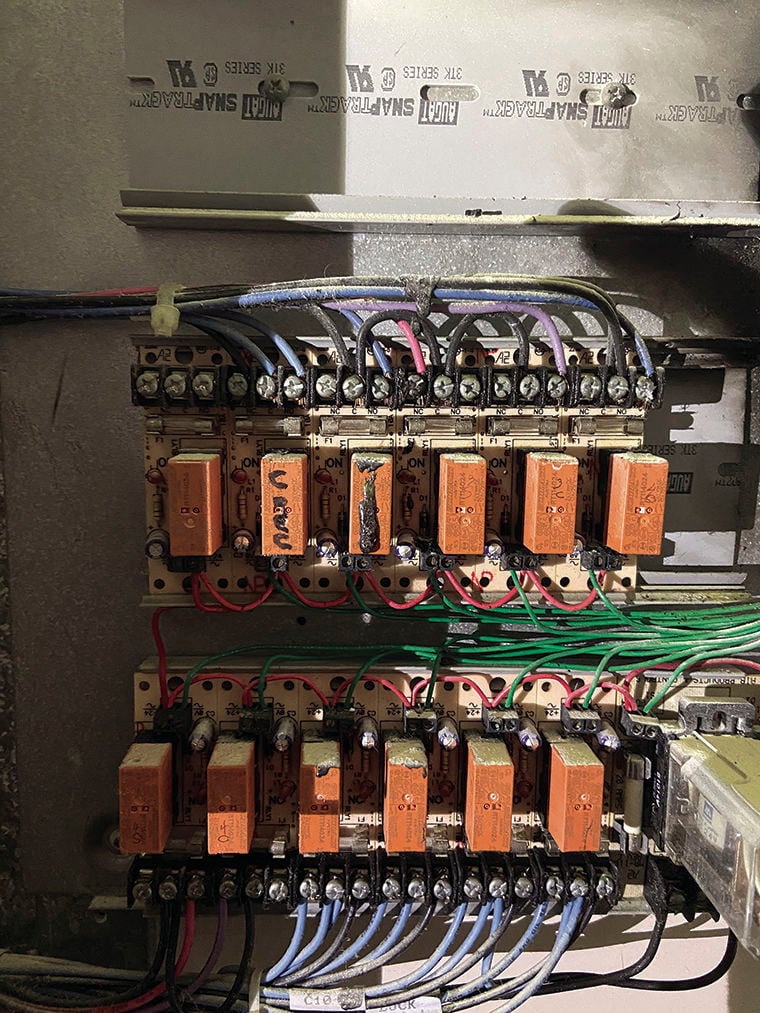 The damaged electric board at the Atchison County Jail. 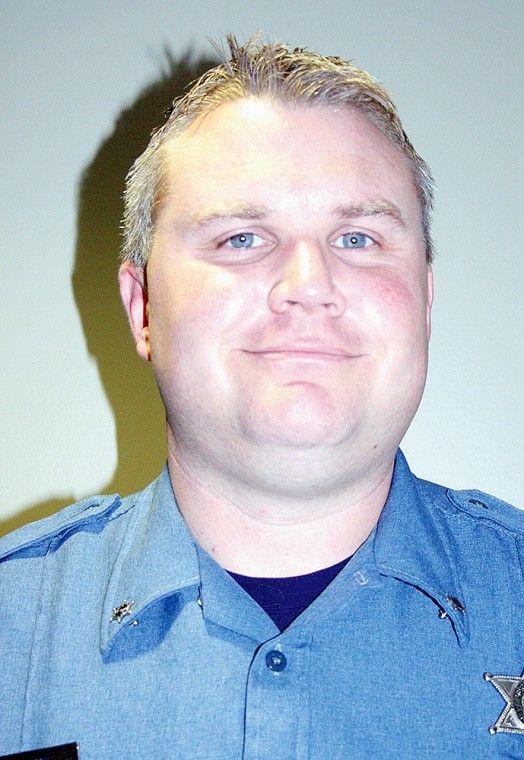 About 40 inmates are displaced as the result of a weekend fire that knocked the power out of a main circuit board at the Atchison County Jail.

The incident occurred about 1 a.m. Saturday, Dec. 12, after a small fire ignited circuitry in an electrical box located in the C Pod. A small flame flashed, then quickly burned itself out, but sizzled along the wires and circuits that affected controls for lighting and the access control for all doors within the secured area of the county jail.

From the zapped mother board in C Pod, the burnout sizzled its way to all the mother boards in the other pods, Laurie said. The corrections officers on duty detected the odor of smoke from the ventilation system. Laurie said there was not enough smoke to even activate smoke alarms. The fire-related incident along with the power and access outages prompted jail staff to activate the protocol emergency fire response plan and the Atchison fire and police departments, EMS and deputies were paged.

Laurie said the damages to the electrical panel were severe enough to risk the security of most of the 57 inmates. They were transported to other county jail facilities in the area. As of Tuesday, 15 inmates remained in the local jail. Within about five hours the inmates were transported for temporary confinement to neighboring jails in Leavenworth, Doniphan, Jefferson and Brown counties, Laurie said.

Deputies and jail staff worked by flashlight to ensure a safe and secure environment as they contacted other facilities to determine which had the spare room to house some guest inmates. The remaining inmates have been relocated to the intake cell and work release quarters, Laurie said. The damaged panel is the one that supplies power to the lights and controls the door locks. A manual system override is in place until repairs are complete.

A criminal investigation was launched soon after and it remains ongoing, Laurie said. The total cost of damages remains undetermined and reaches beyond the electronic repairs. There will also be costs incurred associated with the boarding and transporting of the inmates and the labor involved in the ordeal.

It appeared water penetrated an electrical panel, and caused the fire after an inmate had flooded a nearby cell, Laurie said of the preliminary findings. In the past there have been similar occurrences in the jail, but none that has caused more issues than the incident on Saturday. That was the first time there was a total loss of power inside all secured areas in the facility, Laurie said. Whenever, there is a flooding incident the procedure is to bail water out of the channels to the floor drains.

“We are very appreciative of the surrounding county jails that have assisted by holding our inmates until the power is restored,” Laurie said, crediting The New Life Assembly of God Church for their assistance by loaning a van for transporting inmates.

Laurie complemented the jail staff, deputies and other employees for what he described as a great job controlling the situation and handling the logistics while inmates and staff were kept safe throughout the ordeal. The Atchison County Maintenance Department staff and contractors are currently working to make repairs, and some parts have been located and are set for overnight deliveries, Laurie said he expects the repairs will be complete within the next few days.