Sign Up
Log In
Purchase a Subscription
You are the owner of this article.
Edit Article Add New Article
You have permission to edit this article.
Edit
Home
e-Edition
News
Sports
Obituaries
Schools
Voices
Community and Lifestyles
Special Sections
Multimedia
Classifieds
1 of 2 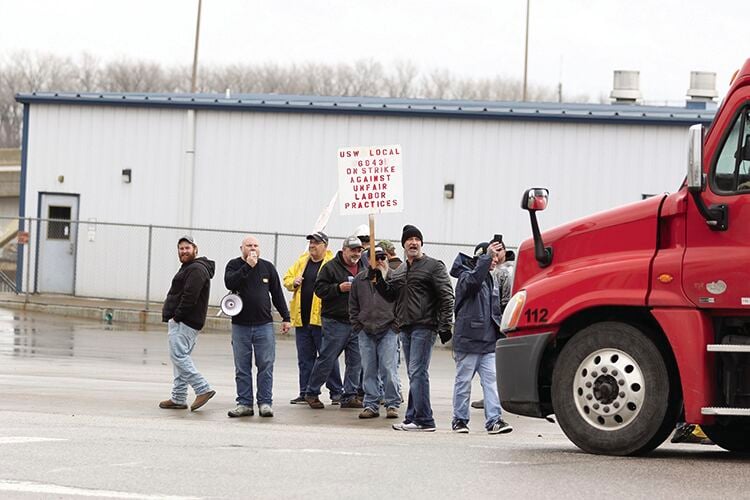 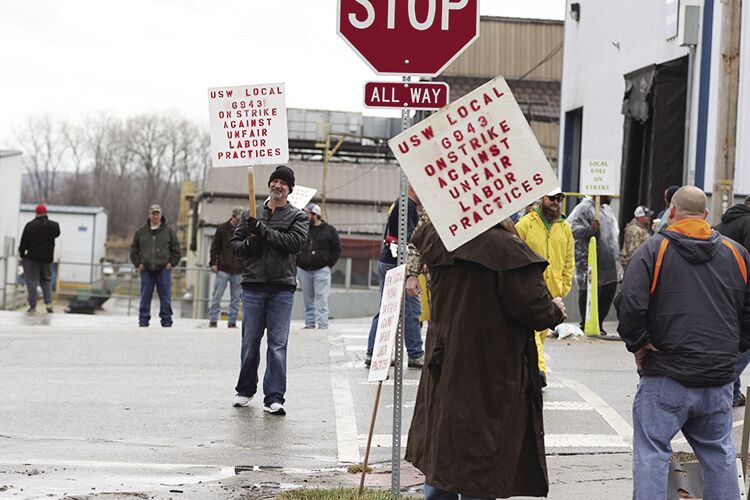 Employees at Bradken Foundry in Atchison launched a strike Monday evening, after Union and company officials failed to come to terms during contract negotiations.

“USW Local 6943 – on strike against unfair labor practices” read one sign on the picket line, where dozens of employees gathered Tuesday morning. One employee had a megaphone, leading the others and yelling “It’s Union time!!”

At 5 p.m. Monday night, members of the United Steel Workers Local 6943 launched the strike, which came 72 hours following notice to management of the intent. As of press time, the strike was ongoing.

Union workers say they don’t know how long the strike will be, with a post on USW Local 6943’s social media sites reading “IT IS UNION TIME!...God bless ALL of us – our members and those non-members that do NOT cross the line!!! We’re headed for a battle that we cannot foresee the outcome of – stay strong. May we come out with our heads held high and the mgmt’s tails between their hind legs. Amen.”

Union President Gregg Welch, who was among the picketers Tuesday morning, told the Globe “service bargaining and unfair labor practices are why we’re doing this. It’s about protecting our seniority rights and keeping our senior people working.”

“The company doesn’t give a damn about proposals,” Welch said. “We countered time and time again and they just push their management rights on us.”

Many employees posted letters from the company on the USW Local 6943 site. The letters came from Ken Bean, Vice President of Operations with Bradken, who advised the employees of their rights and the opportunity to continue working for Bradken “behind the picket line.”

If an employee would choose to cross the picket line to continue working for Bradken despite the Union strike, Bean informed them via the letter that they were subject to a fine by the Union, unless the employee changed union status to a “dues-paying only non-member” or withdrew from the Union altogether.

Shopper spots snake slithering across cans of beans at Target

The letter also addressed several questions including concerns about retirement and what employees can do if they feel threatened by Union officials.

In a phone call with the Globe Tuesday, Bean said the company and the local 6943 union had been in negotiations for a couple months, but had been unable to come to an agreement.

“An economic strike is not in the best interest of anybody,” he said, noting the company was taking all steps possible to make sure production was not interrupted, utilizing all options at their disposal.

“Obviously, we are disappointed — we fully believe we gave them the best offer we could,” he continued.

Bean said there are 131 employees within the Union and about 60 non-Union production staff, and adding in other staff there is a total of approximately 250 employees at the Atchison location.

He said the business and the economy being what it is, that has affected the company’s bottom line. He said talks will continue and they will try to keep the crowd gathered out front as peaceful as possible.

An international company, Bradken is headquartered in Mayfield West, Australia and is one of the world’s leading providers of mining equipment parts and specializes in the design and and manufacturing of cast and fabricated iron and steel products.