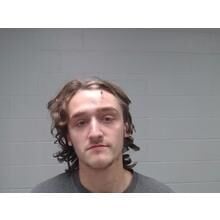 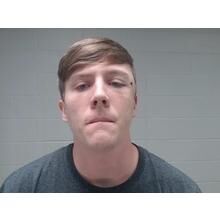 According to a police report from Chief Mike Wilson, at 12:30 a.m. on Saturday, officers responded to a disturbance at a residence in the 400 block Atchison St.

A 23 year old male victim and a 20 year old female victim were at the residence but two suspects had fled the scene.

Officers began looking for a vehicle and the suspects, Gunner Ramey and Troy Grimm, were located a short time later and taken into custody a following a traffic stop.

An investigation indicated the two suspects arrived at the residence where the two victims live, allegedly damaged a door where they entered the residence, and allegedly began to attack the male victim with fists and a piece of metal.

The male victim was examined by EMS at the scene but was not transported. The victims and suspects were known to each other prior to the disturbance.