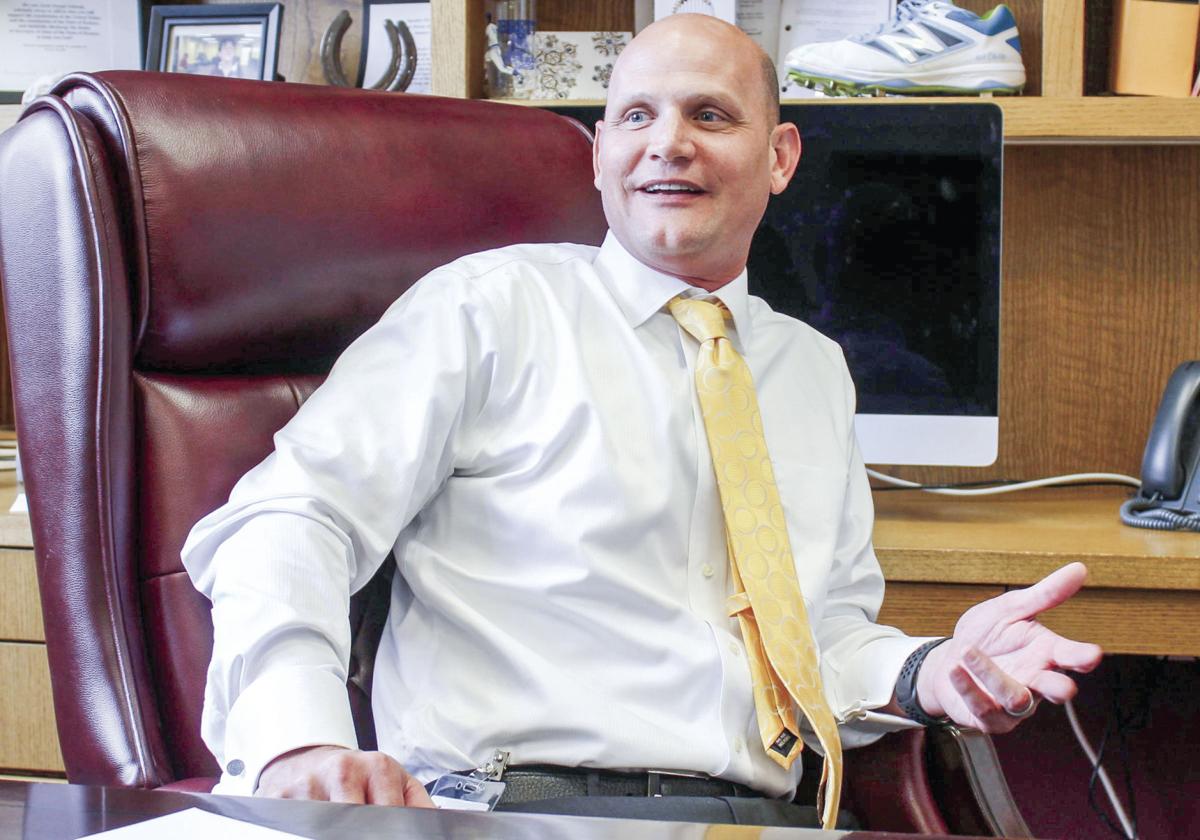 Secretary of State Scott Schwab oversees and certifies all elections in Kansas. 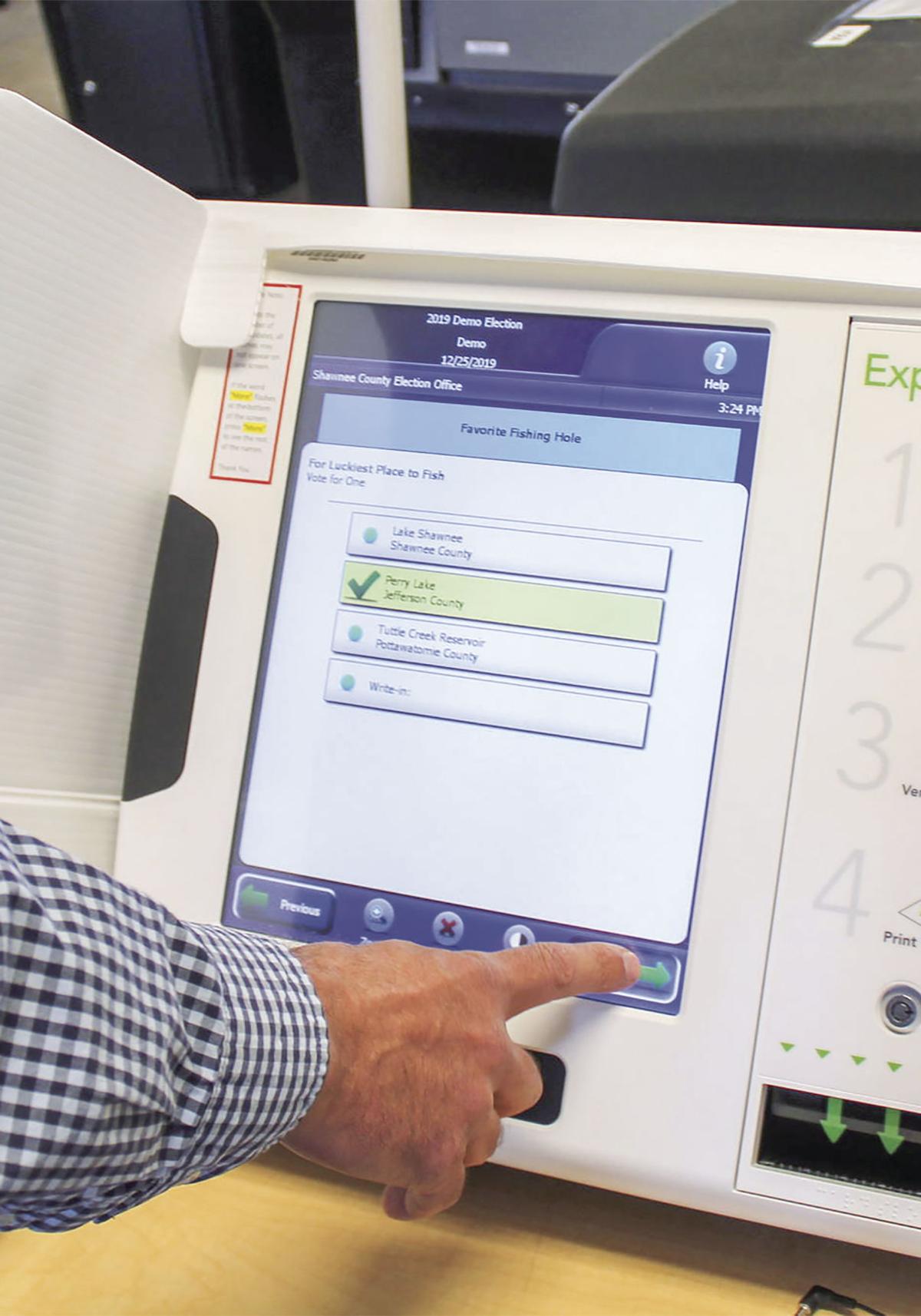 Shawnee County uses electronic voting machines, but they also print a paper record of each vote. If there is any question as to the accuracy of the electronic vote, the paper receipts can be reviewed.

Secretary of State Scott Schwab oversees and certifies all elections in Kansas.

Shawnee County uses electronic voting machines, but they also print a paper record of each vote. If there is any question as to the accuracy of the electronic vote, the paper receipts can be reviewed.

TOPEKA — Kansas and federal election officials say they know the 2020 election could come under attack from foreign governments or rogue hackers. They also insist they’re braced to guard against efforts to tamper with voting.

In recent elections, Russian hackers tried to breach election systems in more than 20 states and successfully accessed voter registration data in Illinois. The top election official in Kansas assumes the state’s voting system could be next.

“We got a U.S. Senate seat up for election, so that even makes it more of a target,” Republican Kansas Secretary of State Scott Schwab said. “We’re not going to assume we’re safe, even though we are right now.”

“Russia, China, Iran and other foreign malicious actors all will seek to interfere in the voting process or influence voter perceptions,” read a joint statement from the FBI and other federal security officials last month.

The dangers aren’t always as clear-cut as changing votes. A greater risk could lie in meddling with the system that decides whether somebody even gets a ballot.

The humble poll book is an Election Day staple. It lists voters and is used to count who has cast ballots. It now often exists in digital form, rather than on paper.

Tinker with the poll books and you’ve disrupted an election.

“It would take forever. The lines would wrap around the block,” said Dan Wallach, who studies election security at Rice University. “People would just say ‘I can’t wait this long to vote’ and then not vote.”

In Kansas, the 105 counties control those poll books and count the actual votes.

Schwab is focusing on counties as part of efforts to boost security before 2020 because 105 counties means 105 different computer systems. They’re sometimes shared between departments, like between a county clerk and a county treasurer. That creates shared risks when someone falls for something as simple as a phishing email.

“We don’t want somebody in the treasurer’s office saying ‘oh, click here to get a free Xbox’ and then it affects the server that the poll book is on,” Schwab said.

Schwab’s office is looking over state and local systems with the help of a $4.5 million federal grant. Most of that will go to security updates in local offices.

The actual ballot counting is done by county clerks, so Schwab’s office is talking to them about getting things right. The office will look to see whether counties need updates such as better firewalls on computers.

“It’s a profile of the counties that have their exposure,” Schwab said. “What is that exposure and what are the resources needed to make it more secure?”

In Shawnee County, there are multiple levels of security. Data is encrypted and there are backups for things like the poll book. The voting machines and the machines that count the ballots never hook up to the internet.

“We did a lot of public input before we purchased equipment,” Howell said. “It was pretty clear to me that the public really preferred to know that all of their ballots would be paper.”

Some voters in about 10 Kansas counties still cast ballots on systems that lack that paper trail, but that number is expected to shrink before the 2020 election.

“For being in a small community, I’m pretty comfortable where it is right now,” Meade County Clerk Janet Hale said.

Meade County in southwest Kansas has a population of around 4,100. Even though it doesn’t have the resources of a larger county, Hale’s office has someone who handles their technology and security. The county uses paper poll books on election day and went back to paper ballots.

While hackers pose a potential threat to vote counts and poll books, Schwab said that isn’t the extent of the threat.

Trolls that flood Facebook or Twitter with bogus stories can influence people before the first vote is cast. Part of election security is thinking twice before believing or sharing that thing your relative posted on Facebook.

Stephen Koranda, statehouse reporter for Kansas Public Radio and the Kansas News Service, can be reached via skoranda@ku.edu or @kprkoranda on Twitter.

To learn more about the Kansas News Service, an alliance of public radio stations, visit www.ksnewsservice.org.