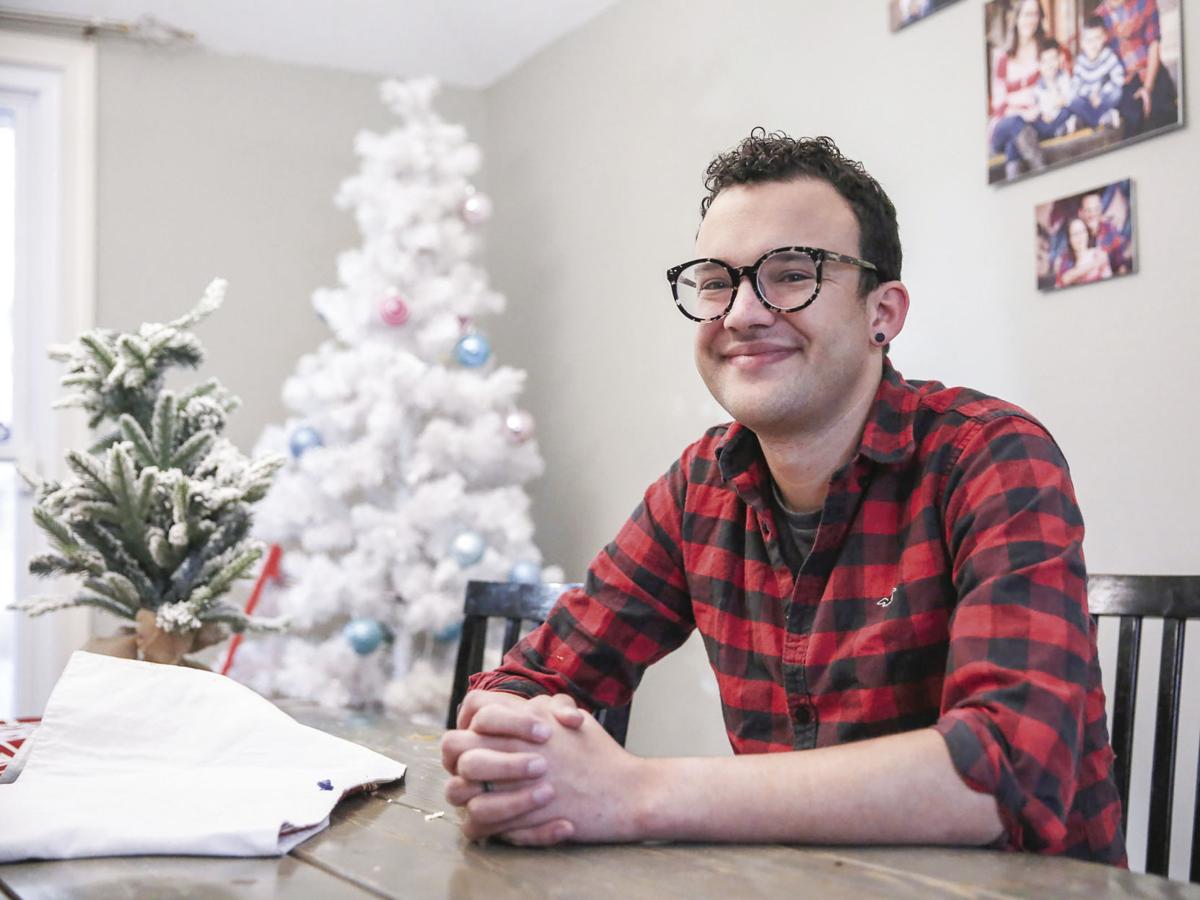 Jonathan Stahl has eight children, and seven came from the foster care system. He and his wife, who live in Olathe, specialize in taking in teenage boys with behavioral issues. 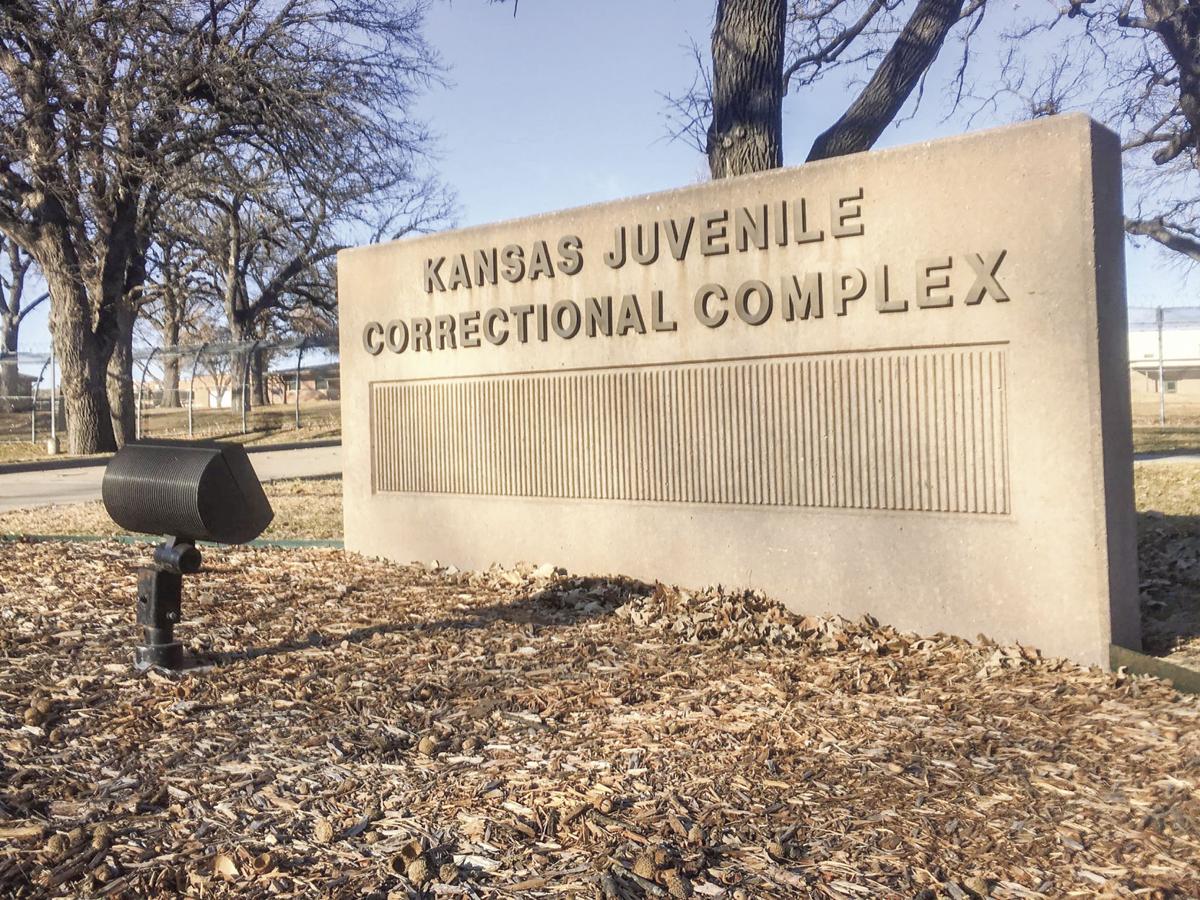 Kansas decided a couple of years ago to try to keep juveniles out of jail by adding limits for probation periods and sending troubled teens into therapy, among other things.

Jonathan Stahl has eight children, and seven came from the foster care system. He and his wife, who live in Olathe, specialize in taking in teenage boys with behavioral issues.

Kansas decided a couple of years ago to try to keep juveniles out of jail by adding limits for probation periods and sending troubled teens into therapy, among other things.

Kansas foster care contractors and parents say all of these situations have become more common — and more risky — since 2017, when the state made sweeping changes to the juvenile justice system. The changes, they say, removed options for dealing with foster children who have high needs and violent behaviors.

KVC Kansas and St. Francis Ministries — which recruit foster parents, facilitate adoptions and provide mental health treatment for the state — say this influx of older children with mental illnesses and behavioral issues has strained their resources even further.

But supporters of the law argue it is successfully keeping children out of the justice system, and a state agency overseeing the embattled foster care system notes there’s little data showing the changes have had a direct impact.

SB 367, which took effect in 2017, was intended to prevent and reduce the damage of being caught up in the justice system at a young age. Among other changes, the law set up stricter standards for sending children to prison, group homes and jail. It created limits for how long children are allowed to be on probation, and it directed more children to “immediate intervention programs” — therapy, addiction treatment and other activities that they’d have to do in order to avoid being charged with a crime or sentenced to prison.

This means kids, especially those who’ve committed minor crimes, are staying out of prisons and staying in their communities, according to Greg Smith, a former state senator who helped craft the bill.

“Is it a perfect solution to what was happening in Kansas? No. Are we getting better outcomes for juvenile offenders than we used to? Yes.”

“Is it a perfect solution to what was happening in Kansas? No,” Smith said. “Are we getting better outcomes for juvenile offenders than we used to? Yes.”

The changes are a far cry from the way Kansas used to handle juvenile crimes, Smith said. He recalled hearing about a child who had his sentence at a group home extended for six months for using a forbidden cellphone to call his parents. He heard about other children who were incarcerated hours away from their families and hometowns for minor crimes like shoplifting.

“When you uproot a kid, particularly one that’s low level,” Smith said, “you’ve removed all their supports. Their family’s gone, their friends are gone, they’re not in the same school, they’re in a secure facility.

“It totally, for lack of a better term, screws up their world.”

There’s little evidence that the changes are to blame for foster care’s recent problems, Smith said.

Kansas’ foster care system, which is run by the Department of Children and Families, already doesn’t have enough foster families or mental health treatment. The system has been criticized for letting children sleep in offices and run away. Last year, advocates sued the state for frequently moving foster children from home to home, a lawsuit from which Gov. Laura Kelly wants to be removed.

Smith also cautioned that lawmakers shouldn’t try to change the law without knowing the full extent of its impact, for which there isn’t much data.

DCF Deputy Secretary Tanya Keys acknowledged that it’s hard to tell whether the children now entering foster care would have originally ended up in the juvenile justice system, adding that “we’re trying to figure out ways that we would be able to measure that.”

“There have always been these kinds of kids in the child welfare system,” Jennings said. “The question is, how many new ones are there? And if the system needs to be bolstered to deal with them, then fine, we should do that.”

The changes have made it harder to cope with children who attack others, make threats or destroy property, KVC’s Bass said.

Recently, staff members have quit, citing concerns for their safety, she said. The organization has had to hire security and other staff to attend to the children.

“Entire teams and groups of people feel unsafe coming to work. And that was never the case before.”

She’s concerned that recent incidents have hurt the reputation of working in child welfare among social workers.

“Entire teams and groups of people feel unsafe coming to work,” Bass said. “And that was never the case before.”

Previously, staff or parents could call the police if a foster child was threatening others or being violence. But with stricter criteria for sending children to jail or psychiatric care, police often pick a child up and send them home a few hours later.

Some parents have refused to take their foster children back so soon, Bass said.

The Agitator #309: The curse of taxes

“They need a chance to figure out a plan for how they’re going to help keep everyone in their home safe,” Bass said. “There isn’t a cooling-off period anymore.”

She said KVC Kansas has spent more than $13 million on acute psychiatric care for 414 children. Those children needed to be put in a hospital immediately, but didn’t meet the criteria to have Medicaid pay for their treatment.

“I’m not sure that anyone anticipated the volume of youth or the severity of their behaviors,” Bass said. “The child welfare system was not prepared to adequately support these youth and their families.”

The state’s other major private foster care contractor, St. Francis Ministries, has had similar experiences, said Patrice Claassen, the organization’s director of foster care homes. But she’s not sure the law is a direct cause.

“It places our staff at risk and it places our foster parents and their household at risk,” Claassen said. “We as an agency then have had to take precautions.”

There’s already a shortage of foster families trained to care for children with behavioral issues and high needs. And it’s become even harder to convince parents to take those children in because the juvenile justice system no longer serves as a safety net, said Vanessa Roybal, who manages St. Francis Ministries’ therapeutic foster care program.

“I do see them being a little more hesitant now because they need to think about their community,” she said. “I mean, they’re responsible for these kids.”

Parents’ views Michael Lower, a foster parent in the southwestern Kansas town of Sublette, feels like his concerns have been ignored.

For almost 25 years, he’s taken in foster children, mostly boys with behavioral issues. Lately, it’s not that the boys’ behavior has gotten worse — it’s that he can no longer call their probation officers or the police to get the children immediately removed if they become a safety risk.

One teenager, Lower said, would say sexually explicit things to younger girls. The boy also held down another boy in Lower’s house and “pounded” his head into the ground.

As a result, Lower said, he’s started feeling unsafe in his home, and he doesn’t feel like he can do anything about it — other than leaving the foster care system entirely, like a few other foster families he knows in southwestern Kansas.

Jonathan Stahl, a foster father in Olathe, feels differently. He and his wife have eight boys, seven of them from the foster system. He’s noticed more children, especially teenage boys, coming into the system with high behavioral needs, and that other parents have been wary of taking them in.

But the solution isn’t hanging the threat of jail over the children’s heads, he said. Stahl thinks providing children with adequate mental health care and a loving, stable home is the best solution, one that most children in the foster care system aren’t getting right now.

“There has to be an option other than punish a kid with foster care, punish them with jail,” Stahl said. “If you get down to a kid and show them they’re loved and they’re cared about and they have a solid home, and they’re valued, and they can do something in the community and they have worth -— then they’re going to stop doing those things.”