Sign Up
Log In
Purchase a Subscription
You are the owner of this article.
Edit Article Add New Article
You have permission to edit this article.
Edit
Home
eEdition
News
Sports
Obituaries
Schools
Voices
Community and Lifestyles
Special Sections
Multimedia
Marketplace
1 of 4 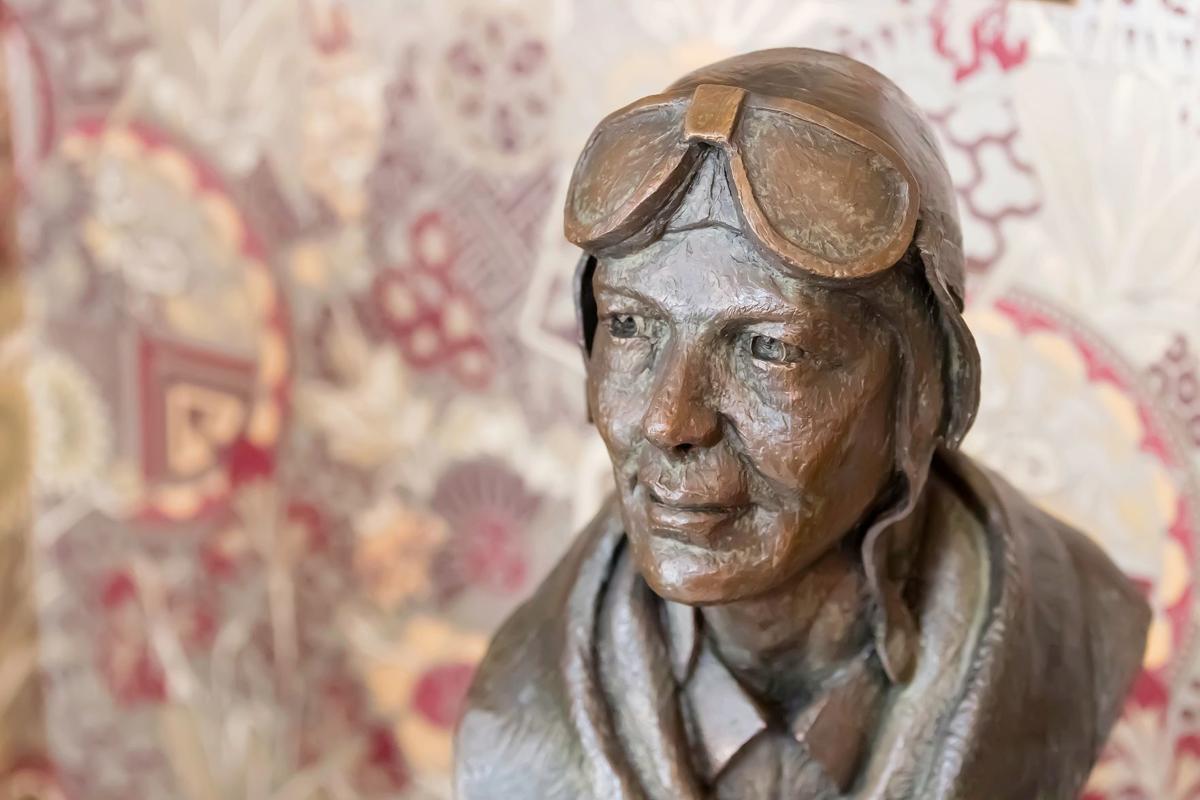 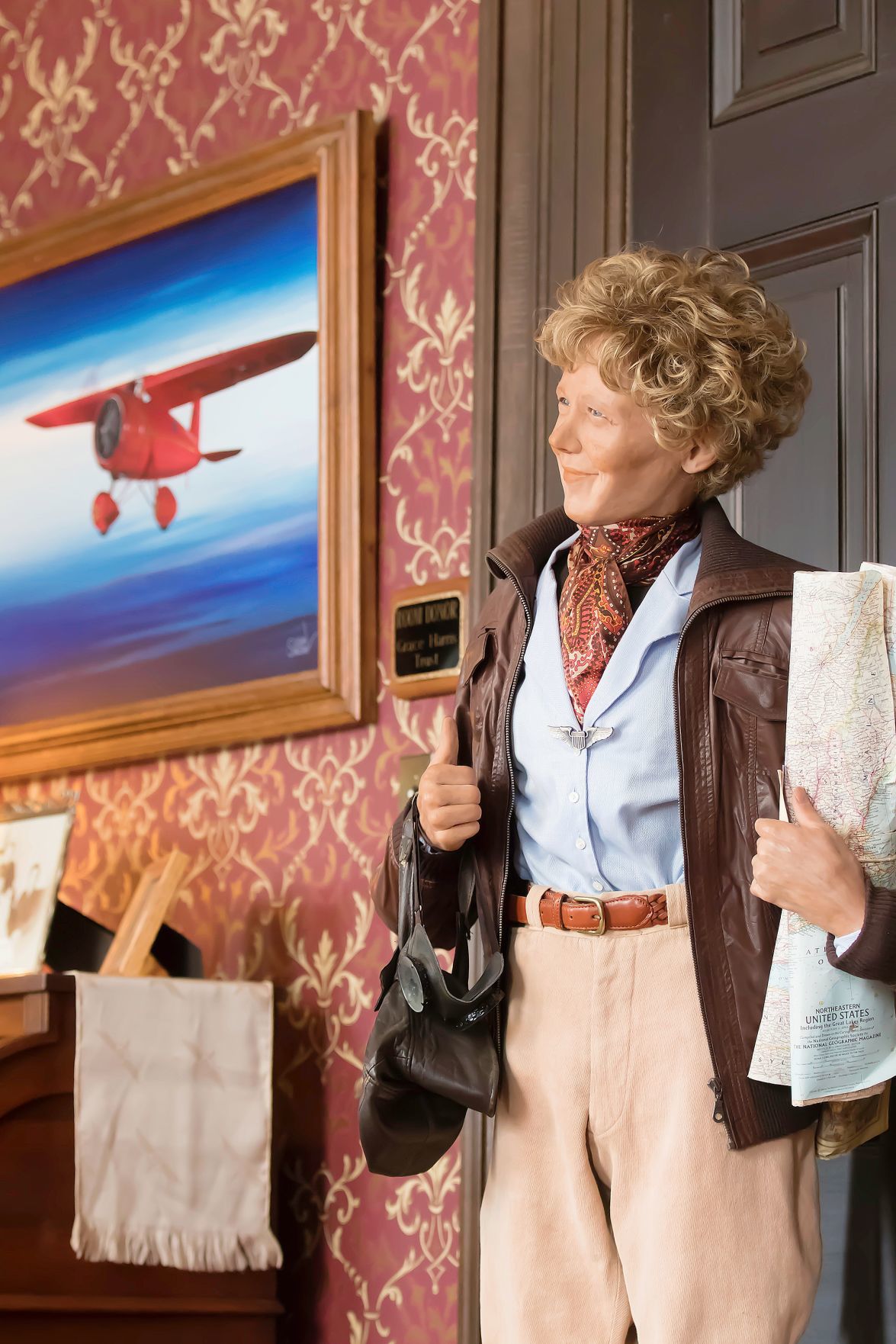 Amelia Earhart disappeared while flying over the Pacific Ocean in 1937, after achieving international fame as a pilot. 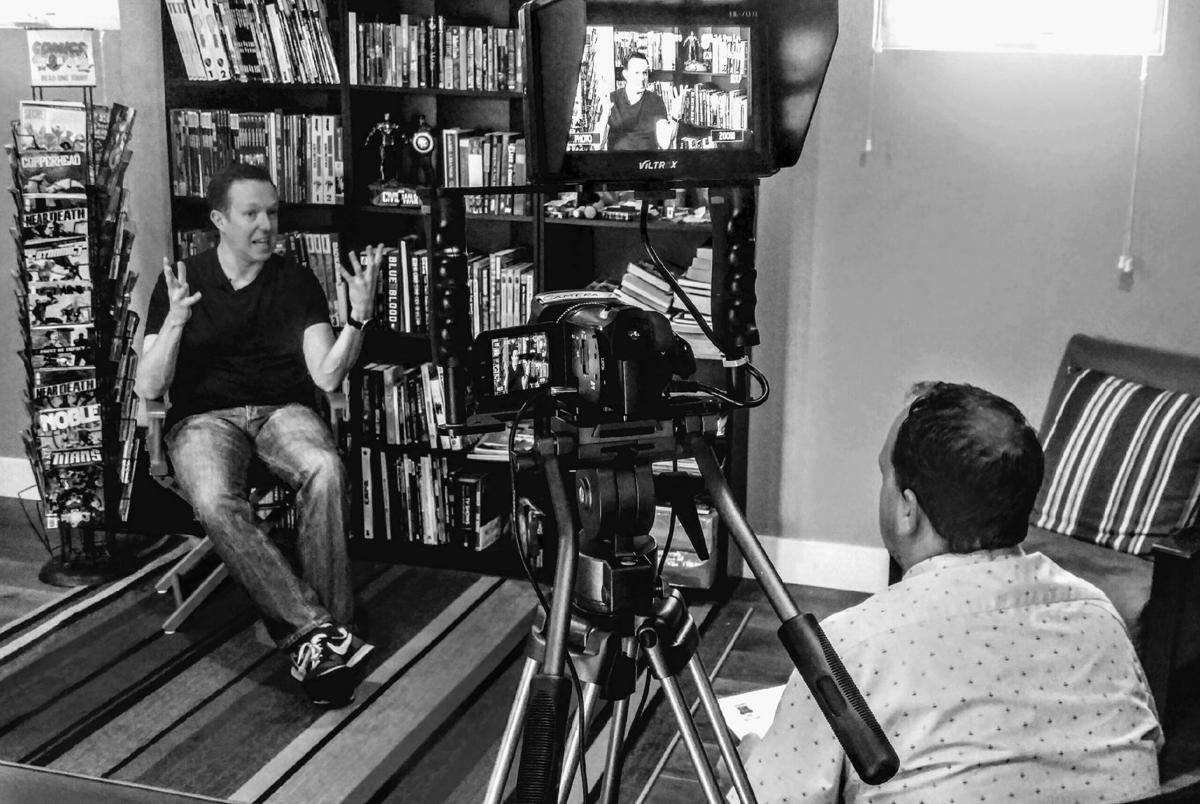 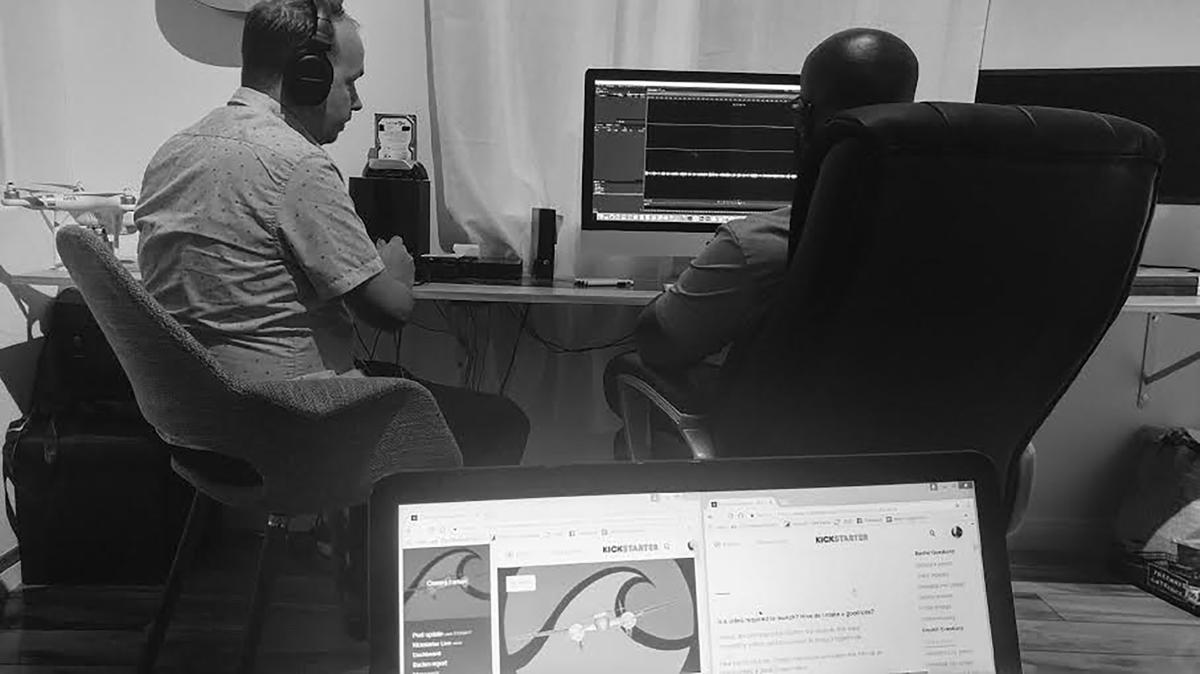 Amelia Earhart disappeared while flying over the Pacific Ocean in 1937, after achieving international fame as a pilot.

The leader of a high-interest documentary effort in northeast Kansas anticipates interviewing this spring a scientist who says he is practically certain where Amelia Earhart died.

Chris Williamson, project creator of the weekly Chasing Earhart podcast, which has been produced in Atchison since September 2017, said in a Thursday, March 8, interview that Richard Jantz has thrown even more fuel onto a raging inferno of interest ahead of this summer’s Amelia Earhart Festival.

Travis Grossman, former director of the Amelia Earhart Birthplace Museum, 232 N. Terrace St., agrees that the debate is about to get ever more intense.

“You have to take in all sides and find the truth in the middle,” Grossman said in a March 8 phone interview. “I’d like to know what happened to her, personally, but the mystique adds a lot to her legacy ...

“Say this proof does come out. There’s 1,800 different theories, so to speak, and I’m being facetious, but there’s people who are convinced there’s no way anyone else’s theory could be true. Even in the face of proof, there’s going to be some controversy.”

In the journal Forensic Anthropology, Jantz, a professor emeritus of anthropology at the University of Tennessee-Knoxville, declared that bones studied in 1940 after discovery on the remote Pacific island of Nikumaroro are certain to be Earhart’s remains.

“This gentleman is one of the top forensic anthropologists in the country,” Williamson said. “He’s very well respected in his field for what he does. He’s firm in the belief that Amelia and Fred Noonan ended up as castaways on that island.”

According to The Associated Press, Jantz used bone analysis to determine that the remains found on Nikumaroro compare well with estimates of Earhart’s bone lengths. Jantz sampled 2,776 individuals and found that what is known of Earhart’s skeleton more closely matched more than “99 percent” of all comparisons.

“This strongly supports the conclusion that the Nikumaroro bones belonged to Amelia Earhart,” he wrote in Forensic Anthropology earlier this year.

Williamson said he’s been in regular contact with Jantz all year, including while he was writing his paper, and anticipates interviewing him about his findings later this month, at the latest in early April.

However, amid Jantz’ findings, there is a wrinkle, and Williamson especially looks forward to asking how Jantz has used software called Fordisc to compensate for it: The bones have been lost.

After D.W. Hoodless conducted the 1940 study, at that time concluding they belonged to a middle-aged stocky man, they seem to have been discarded, or simply misplaced somewhere they are likely never to be found. Jantz is working off of Hoodless’ findings, which include detailed descriptions and precise measurements of the Nikumaroro bones.

“Nobody knows what happened to them,” Williamson said. “If they’re gone or they’re just misplaced, at this point, nobody knows.

Williamson is making plans to feature Jantz on his weekend podcast, which is published to subscribers on chasingearhart.com on Saturdays and released globally on Sundays on all podcast platforms.

Ever since Earhart disappeared July 2, 1937, while flying with Noonan, her navigator, across the Pacific, speculation has swirled over what happened to her. Reports in 2017 suggested that Earhart had survived the crash of her plane and had been captured by Japanese forces, who may in the run up to World War II have even shot her down.

Williamson feels that Jantz’ work has put the likelihood that she was instead stranded on Nikumaroro back into focus. There are still some unanswered questions.

“I’d like to ask him if there’s any one piece of evidence he could have to remove doubt,” Williamson said, “What would it be? ... I want him to break his research down, find how that process worked. This is groundbreaking science. Usually, with forensic anthropology, they’re working with physical specimens, actual bones and things like that.”

“It’s about what we believe in, who she was and what she did,” he said. “She was a pretty popular figure, though a lot of the people controlling the reins of our country back then thought she would be a flash in the pan, be forgotten. Here we are 80 years later and she’s still a big deal. This news hit the international wire and went everywhere. That’s not because she went missing, but because of who she was.”

Becky Berger, who grew up in Oregon, can attest to the national and worldwide appeal of Earhart mania.

“Some people don’t understand what a cool asset that is for this community,” said Berger, who is set to become permanent city manager on March 19. “I think I might actually feel more excited about these things, maybe, than someone who is local ... No matter what happens with Amelia, this is where she was born.”

Editor’s Note: An earlier version of this story inadvertently listed the name of the Chasing Earhart project as “Chasing Amelia,” while using the correct name elsewhere. Another instance in the story incorrectly spelled the name of Chris Williamson. Atchison Globe regrets the errors.