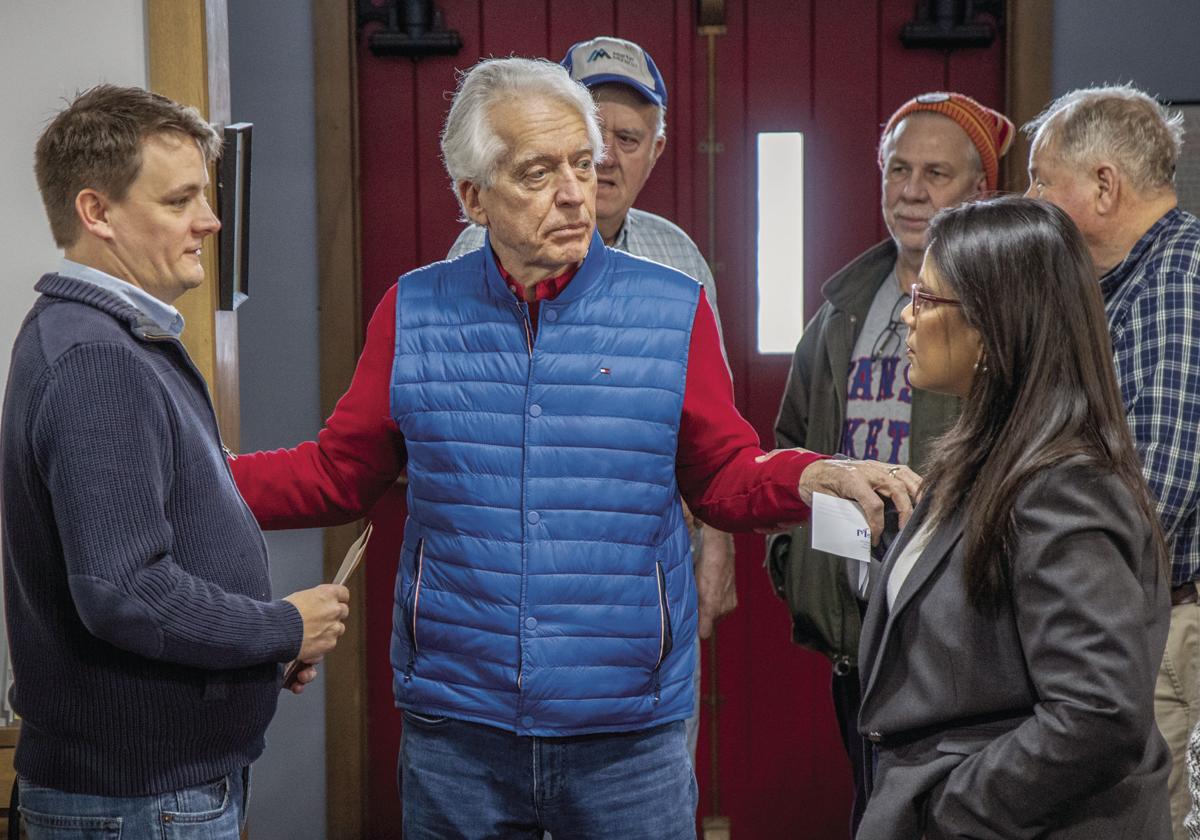 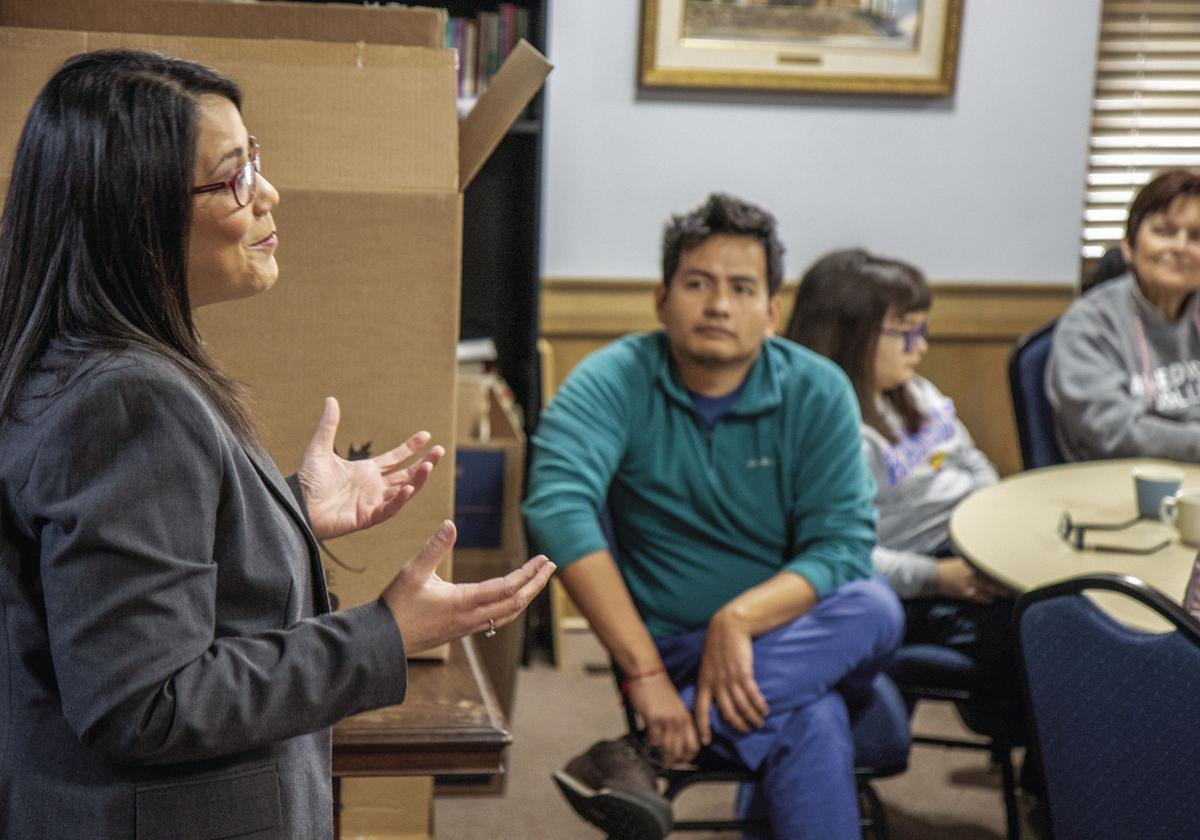 De La Isla speaks to the crowd on Saturday at First Presbyterian Church in Atchison, Kansas.

De La Isla speaks to the crowd on Saturday at First Presbyterian Church in Atchison, Kansas.

As the Republican and Democratic parties are investing unprecedented resources in the never-ending battle for control of the U.S. House of Representatives, the Democrats are going for the local seat they barely missed out on picking up in their wave of victories in 2018.

To that end, Mayor Michelle De La Isla of Topeka, who made a relatively late entry to become the lone Democrat of note in the race earlier this month, made a visit on Saturday to Atchison. De La Isla is taking on incumbent U.S. Rep. Steve Watkins, also of Topeka, for the Second U.S. Congressional District seat of Kansas; Watkins is also being challenged in the Republican primary by State Treasurer Jake LaTurner. Nearly every voter of eastern Kansas, aside from those in Wyandotte and Johnson counties, will be eligible to decide who will hold a two-year term on Tuesday, Nov. 3.

At her appearance at the Trinity Episcopal Church in Atchison, De La Isla insisted that she will approach her campaign as a listener first and not as a speaker, and that she has sworn off all attacks on her opponent and on President Donald Trump. She said that though she has strong convictions about the problems confronting Kansans, these issues can’t be addressed unless strong bridges are built between people of differing partisan and ideological backgrounds, and increased divisive rhetoric will not help that goal.

“I’m not here to talk to you about anything,” she told voters assembled at the church in an event organized by the Atchison County Democratic Party. “I’m here to sit down and listen to what your concerns are. And I want that to be part of today.”

Atchison County is the birthplace of Jim Slattery, who held office from 1983 to 1995 and was the last Democrat to win multiple terms in the U.S. House from eastern Kansas voters. On Saturday, Slattery reflected that he thinks De La Isla has the right idea in her explicit focus on tackling lackluster wage growth and on the affordability of health care and education; De La Isla is a self-made woman who previously overcame poverty and cancer as a single mother before her election as Topeka’s mayor in 2016.

Most of all, to win in eastern Kansas, Slattery said, Democrats must learn how to engage voters, while demonstrating how the government can work for people of a blue-collar background.

If De La Isla were to win, she would be the first Democrat to hold the Second District seat since Nancy Boyda gave way in January 2009 for Republican Lynn Jenkins, who went on to easily win re-election in 2010, 2012, 2014 and 2016. However, incumbent Watkins, a political newcomer, defeated 2018 Democratic nominee Paul Davis by less than a percentage point, seeming to indicate that voters’ political preferences are highly malleable based on who is running, what their personality is and what they accomplish for the district.

Rafaela Perez, president of the Young Democrats of Benedictine College, said that like De La Isla, she has had to overcome significant personal economic challenges, and given her plans to attend graduate school, expects that she will finish her education with a considerable amount of debt.

Like most students at Benedictine, she is a devout Roman Catholic, as is De La Isla. Perez also identifies with the pro-Life movement, affirming the church’s teachings on the sanctity of every human being from the moment of conception. However, she believes such religious convictions have become too politicized, and was concerned to see the March for Life invite President Trump to deliver a campaign-oriented message to fellow Benedictine students, who participated in that event last week in Washington, D.C.

“I want an advocate for myself in Congress, and it’ll take somebody that has experienced these problems, and knows how much you suffer,” she said. “Students are in an extremely stressed out position, and I’m in that same boat. Having someone who understands these issues would do so much for us.”