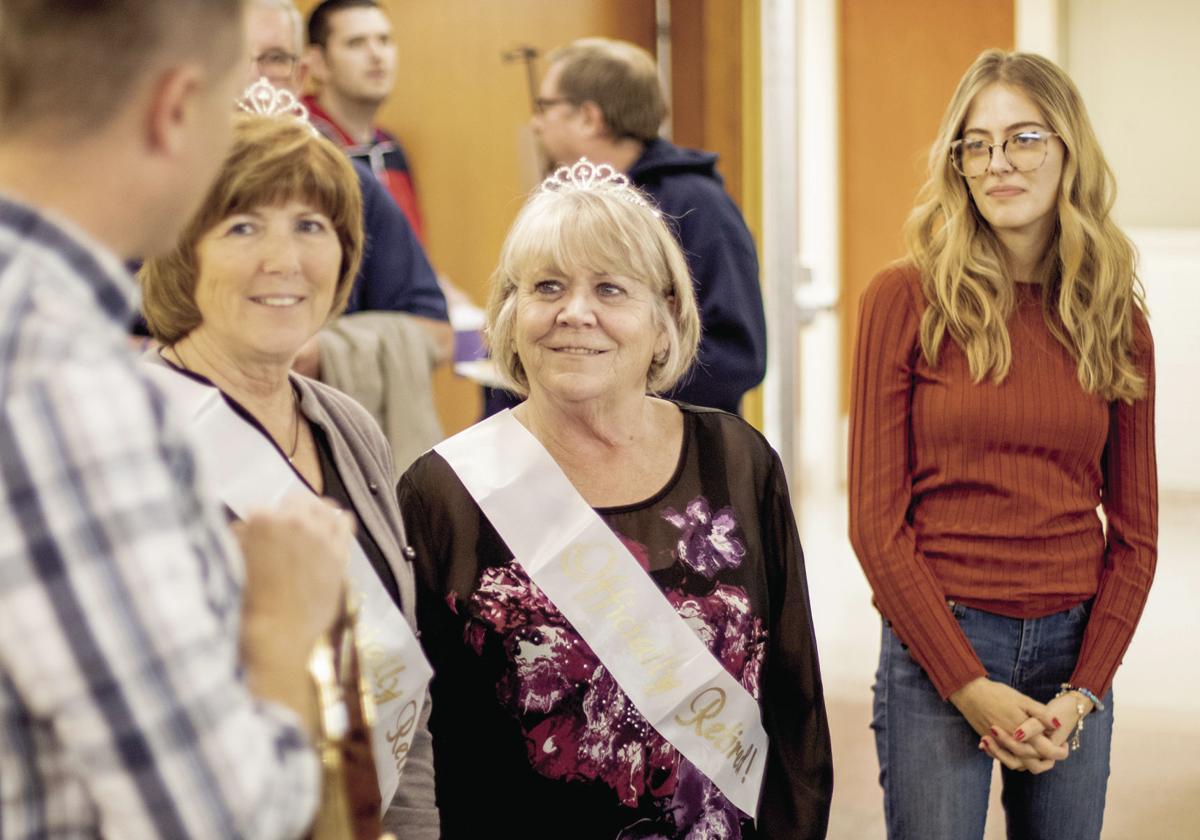 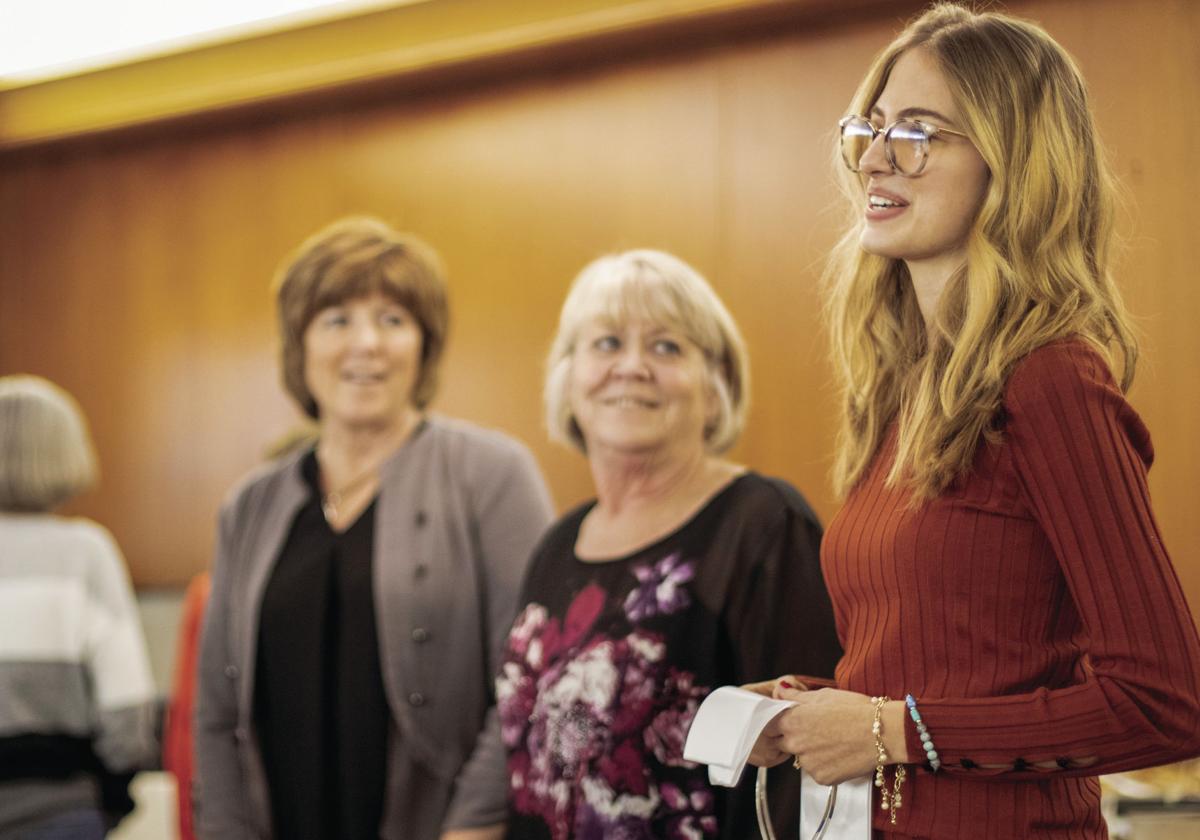 City of Atchison Clerk Deb Clem and Lori Moore, the municipal government’s human resources director, are retiring after decades of service; Moore has served in her current position since 1977, while Clem became Clerk in 2008 after serving in other roles in previous years.

Dozens of other staffers, constituents and other well-wishers gathered at the Atchison Event Center on Friday afternoon to send off Clem and Moore, including incoming City Clerk Frances Zuzulo. Atchison Globe spoke to Clem and Zuzulo at their retirement celebration.

Atchison Globe: What led you to the decision to move on from the position of City Clerk?

Deb Clem: Well, my husband (Rich Clem) retired last year, and I felt like I would like to spend more time with him while we both remain in good health, while we can both travel freely and do a few things we have always wanted to do, but just haven’t had the time for. After he retired, I pretty much made up my mind then. We’re going on a cruise in June from Canada down through Novia Scotia and then to Boston, and we’ll go out on a crab boat and watch them pull in the crab pots. And then they cook them for you later. So that’s going to be neat.

Globe: Frances, when did you find out that you had the opportunity to become the next city clerk?

Frances Zuzulo: I found out when I was still an intern with the city. I was graduating from Benedictine College. Deb approached me with her plans to retire, and she asked if I would be interested in applying for her position. My colleagues were very supportive in that transition, and so the rest was kind of history after that.

Globe: It’s interesting, in a way. Within the recent past, we’ve had multiple city officials leave and young women like yourself have stepped into their shoes. City Manager Becky Berger took over last year. In the recent elections for voters within city limits, of the six new officials elected, five of them are women. As you become city clerk, what does that time of transition mean to you?

Zuzulo: Well, to me, it’s a symbol of trust in the city. I feel honored that someone my age is trusted to be, in a sense, a representative of the legal side of the city. And, of the face-to-face interaction that many of our residents will experience in the years to come. To me, it’s a great sign of the community and how a lot of women have chosen to stay in Atchison because of the family aspect and how family oriented this community. As a woman, one of my goals is to become a mother, eventually. So, settling in Atchison just makes sense and has a real appeal. That we now have a lot of women in Atchison making similar decisions is reflective of this community that we have.

Globe: Deb, is there any particular life experience or lesson that you have shared with your successor, Frances, that will help her take over?

Clem: Mainly — I’m serious, this is really important — you’ve got to proofread everything. Over and over and over before it is published. Before it is released out into the world. That’s really a good strength to have. To be able to send stuff out that is accurate, impactful and serves the community well. That’s the No. 1 thing in this job ...

Globe: This is kind of a daunting job we’re talking about, maintaining thousands of cases per year in a way where you know exactly where to find the exact documents you need on a moment’s notice, maintaining knowledge of all the business before the city at any given time. Is that just something you just find easy to do?

Zuzulo: It’s interesting, as I’ve grown up in a very electronic world. You rely on the internet and like, online databases for a lot of information nowadays. Coming into the role of city clerk, you realize that actually, the world still runs on paper. It’s about finding the balance between organizing the physical documents you have to handle and working individual cases and elements so things always get to where they need to go, including online. That is one of my goals, to be very organized in the paper world, but also make it accessible for my generation and those to come. This is something Deb has started, but the job will always go on.

Globe: Different people have different ideas of what “good government” is. What is your idea of the best way to go about doing this job?

Clem: Transparency is so important. It is the No. 1 thing we have to worry about, and that should continue.

Zuzulo: I agree. We also must strive to be good stewards of the people we serve in everything that we do. That personally means going out and meeting as many people as I can, understanding how I am able to help them more in each case. Just in the short time I’ve practiced this career, I’ve realized what a difference it makes to interact with constituents on a face-to-face basis. It breaks down barriers. If our constituents perceive barriers in government, those should be broken down.