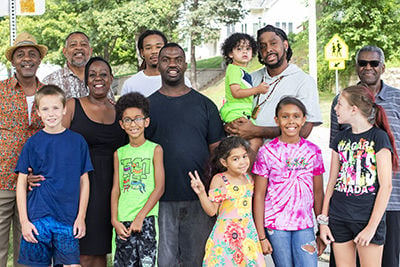 Michael Ross, back row, second from right, is joined by many Atchisonians in seeking for a less controversial new name for Division Street. Ross suggests honoring his late mother, Mayor Katherine J. Ross, but is open to alternatives. 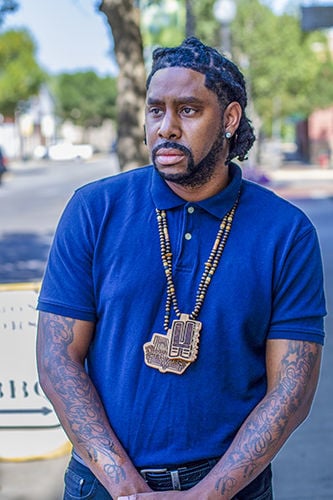 Michael Ross wants to change the name of Division Street.

Michael Ross, back row, second from right, is joined by many Atchisonians in seeking for a less controversial new name for Division Street. Ross suggests honoring his late mother, Mayor Katherine J. Ross, but is open to alternatives.

Michael Ross wants to change the name of Division Street.

The history of Division Street, a major artery through town, is a little complicated.

By unofficial community labels, the area north of Division is New Atchison, while the area south is Old Atchison. For decades in the past, members of the black community in Atchison came to know “The Division” as an actual impermeable line between them and everybody else, to the extent that it became common wisdom: “You don’t cross The Division.”

So what’s in a name? For Michael Ross, the answer matters.

“The way that I think it would help is that we literally have a street named ‘Division,’” said Ross, the son of the late Katherine Ross, who served as the first black woman on the Atchison City Commission before becoming vice mayor and then mayor. She died in 2014.

“You know, even if it doesn’t mean what it says, even visual representation of something can change your perception of it,” he said. “So, once that perception is completely erased and replaced with something that’s positive, the perception begins to fade.”

During her tenure in city leadership, Katherine Ross made several attempts to change the name of Division Street, and there’s no good reason it didn’t happen aside from a lack of urgency and disagreements over what exactly “The Division” means.

“I don’t think anybody should be divided, you know, from being neighbors,” said Rosemary Smith, Michael Ross’ sister. “I would just like, after my mother tried for over 20 years, to get this changed, that it finally happens. I don’t think there should be any type of ‘division’ in Atchison. God did not intend for anybody to be divided.”

The Rev. Paul Cline of the Faith Valley Church of God in Atchison agrees.

“People can still see and know what the reasoning was the name was given for,” he said. “And that causes pain, and it causes anger and hurt. And so the reason why it takes so long is because there’s people that don’t have to suffer through that pain.”

The petition received a standing ovation at a meeting of the City Commission on Monday, and municipal leaders have indicated they agree that the name change is likely overdue. Accordingly, Katherine Ross Street may soon enough be a reality. Advocates say it would form a bridge, where once there had been a racial divide.

“There’s still steps that need to be taken,” Michael Ross said. “We have to start with baby steps. We have to start somewhere. And I think this will at least get the conversation sparked.

“Even if changing the name of Division Street doesn’t fix what the problem initially was, it’ll get the conversation started and it’ll have people talking about it when they may not have talked about it before,” he said.

Marcus Clem can be reached via marcus.clem@atchisonglobenow.com